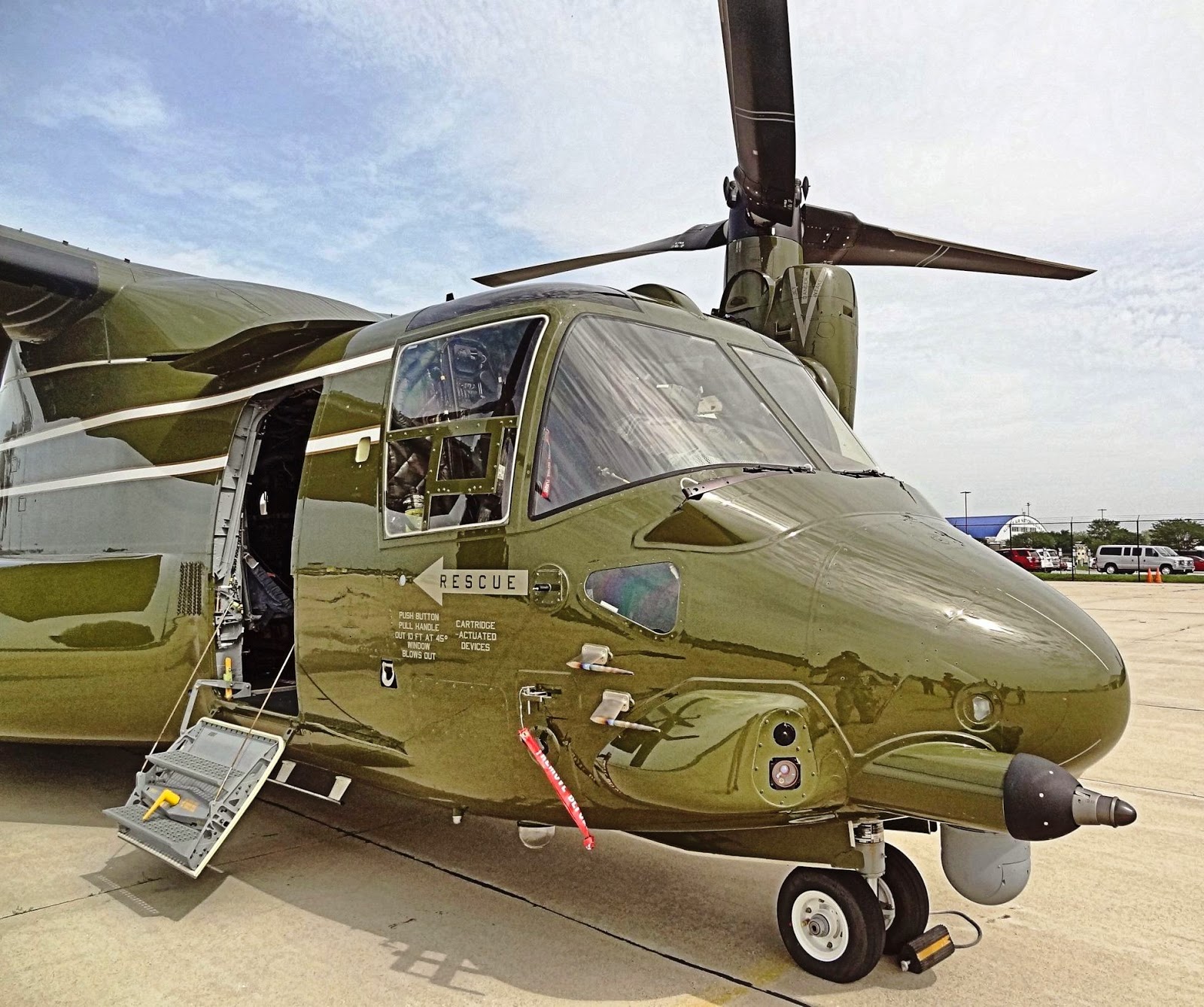 On August 21 I was amazed to encounter not only the first tilt-rotor Bell-Boeing MV-22B Osprey I’ve ever seen, but a very special one. The colors told me this “bird” was flying for Quantico, Virginia-based U.S. Marine Corps Squadron HMX-1, known worldwide as the “Presidential transport unit.”   As of August 21, no U.S. president had flown aboard an Osprey. 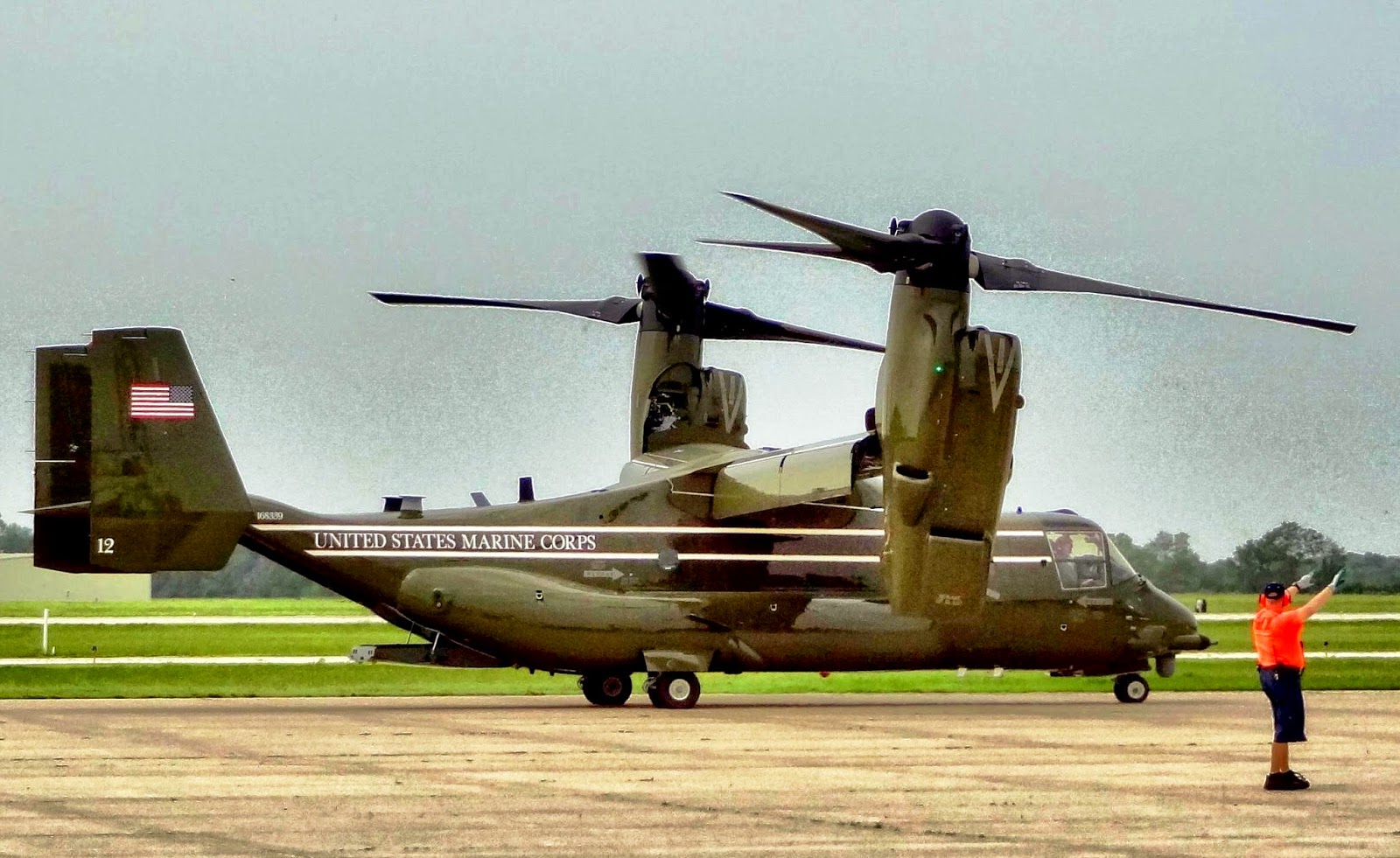 After the crew had “caged the gyros” and checked in with Horizon Aviation regarding the desired fuel, one of the crew visited the AeroKnow Museum.  In the course of that conversation, he said I was welcome to walk out and take as many pictures as I liked...and I DID!  Other visitors, including three from the F.A.A. office,  gathered around and one of the crew gave an excellent introduction to the airplane.

Major Steven Kohut (right) later explained that the transit from the Bell plant near Dallas was planned from the get-go to include a refueling stop at Abraham Lincoln Capital Airport.  “I wanted the aircraft to have a fuel stop at a special location for the last presidential MV-22B out of the factory. Your field certainly met that significance.”
The crew walked across the parking lot to the airport terminal where they purchased lunch from the Subway and brought it back to dine in the pilot’s lounge. When they were done I walked back to the MV-22B with them to take a few more pictures.


I related to the USMC pilot how the ATC people in the control tower routinely allowed helicopters - typically UH-60s and CH-47s - to taxi to take off form the tarmac and commence flight from there. He said he’d be happy to take off from the tarmac!  BUT he planned to follow instructions from the tower, that he’d likely be directed to Runway 22 to the distant north of us at Horizon.  Even so, we caught a break.  The pilot was directed to the intersection of Runways 22 and 31 where he could launch. 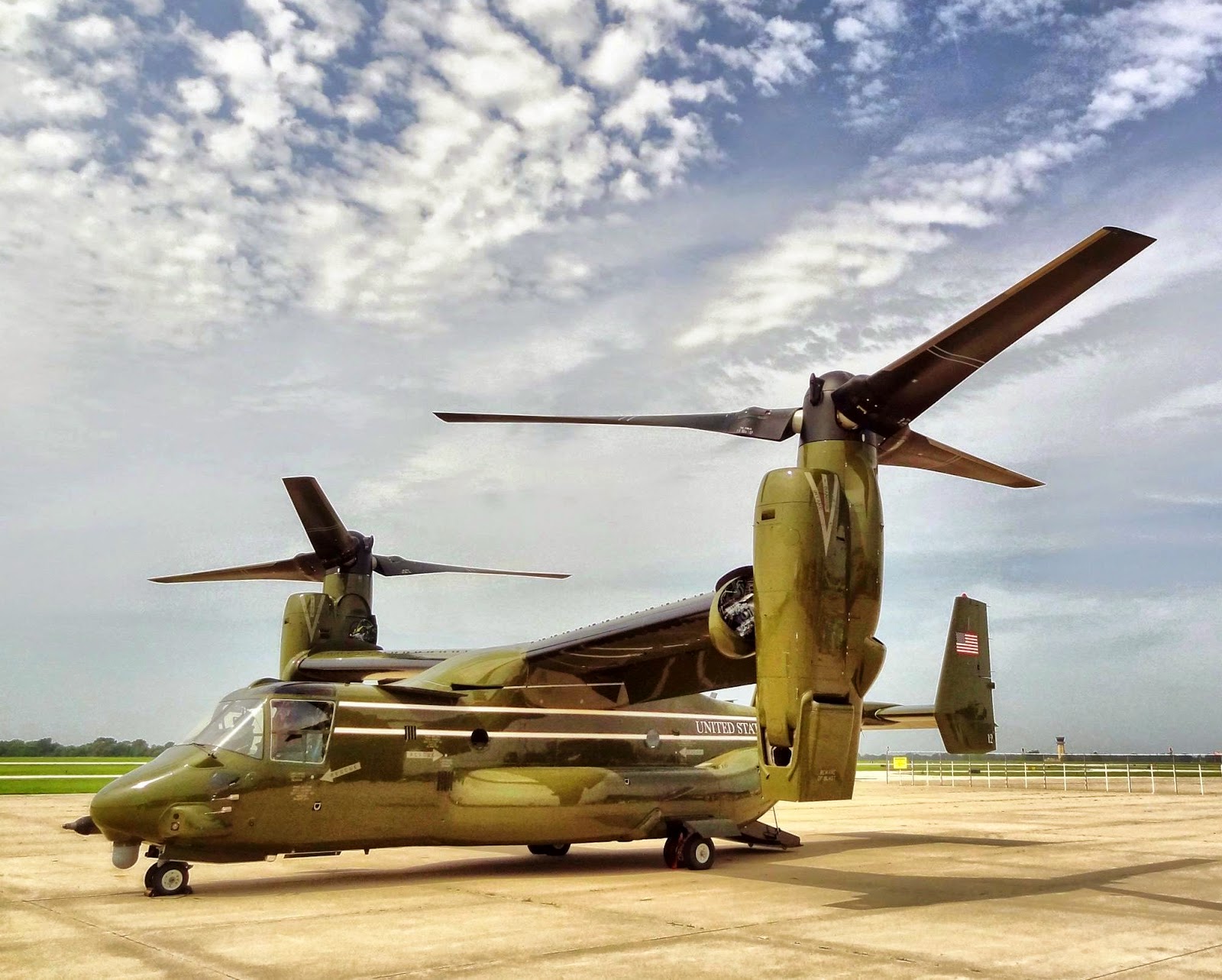 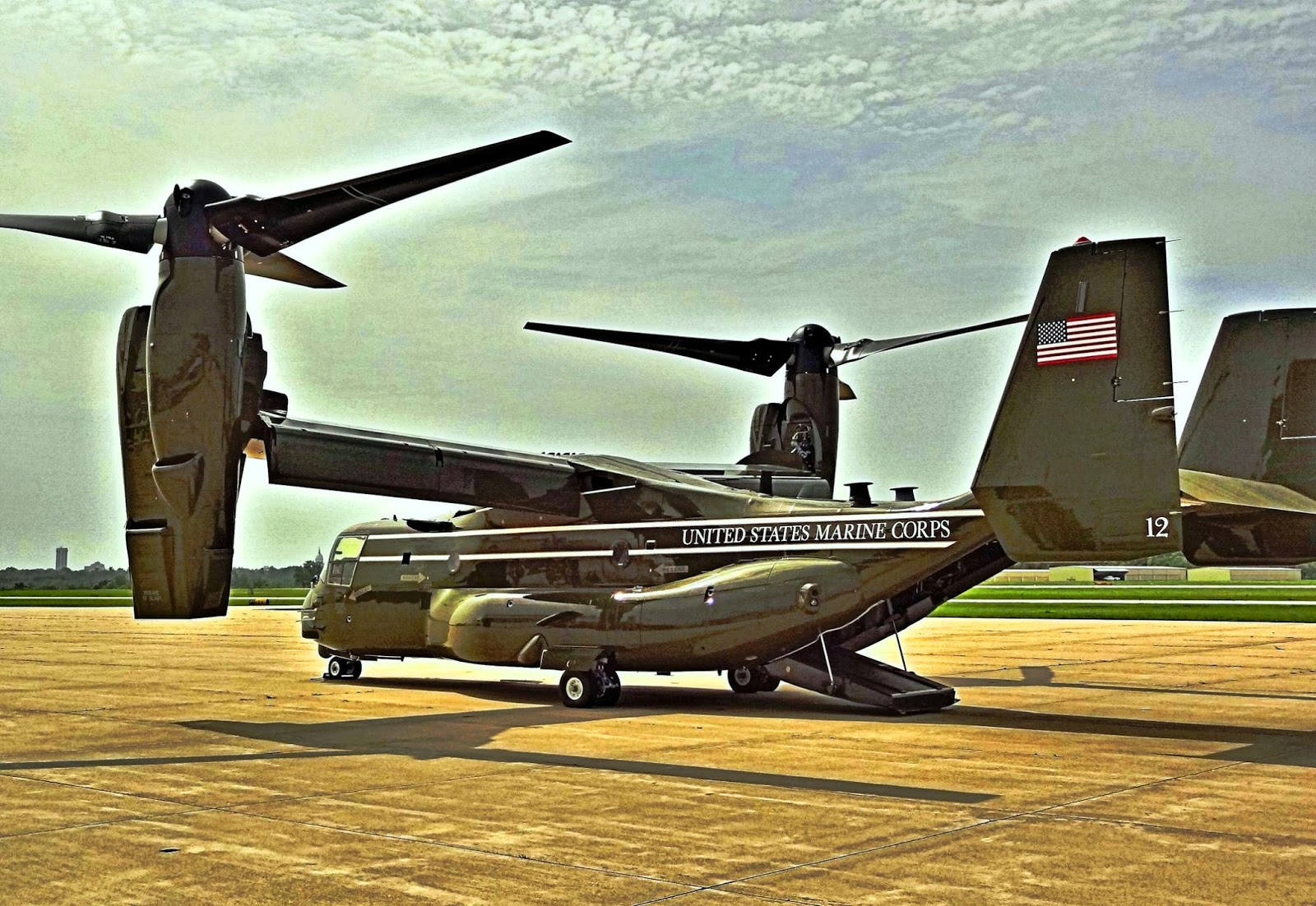 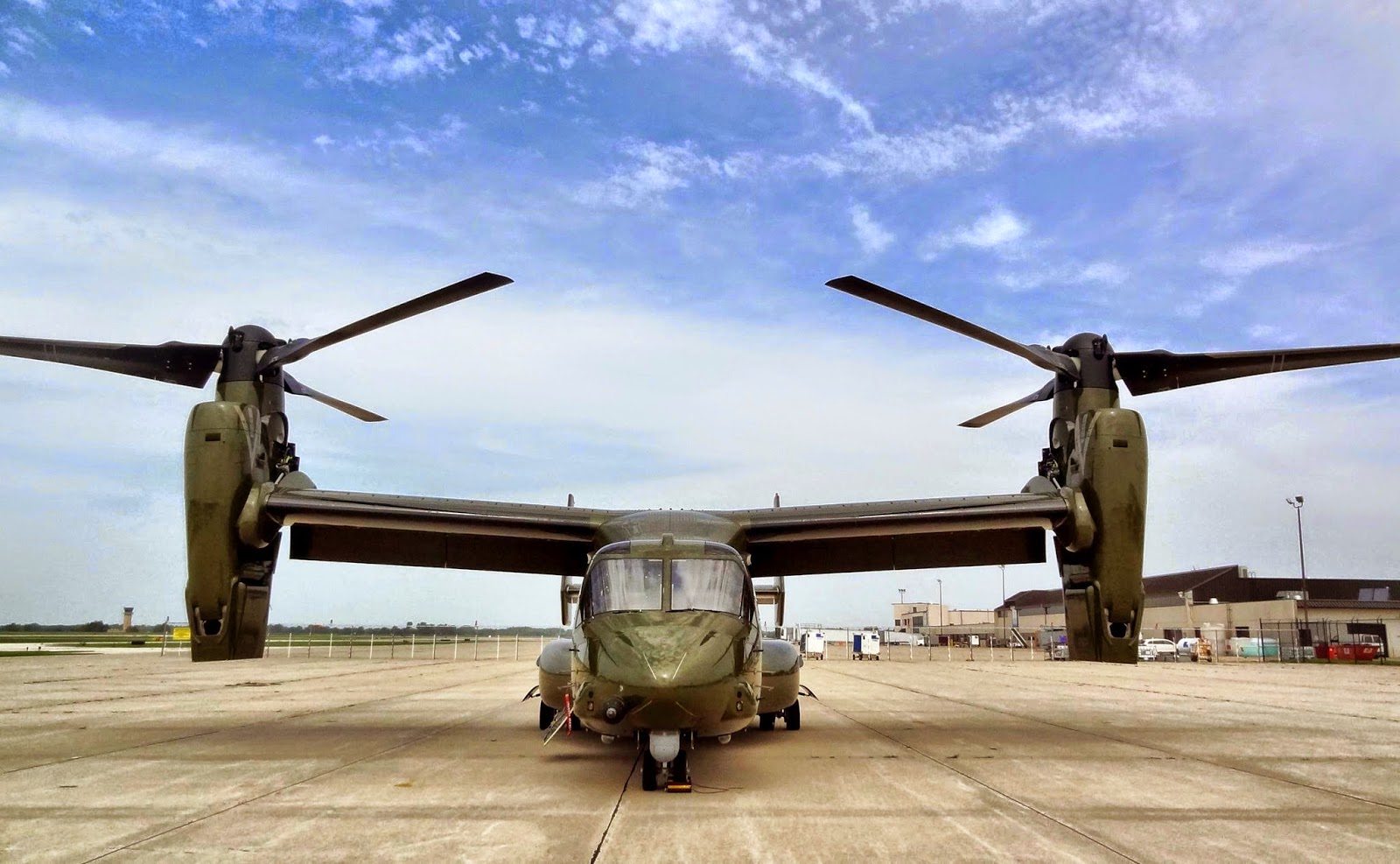 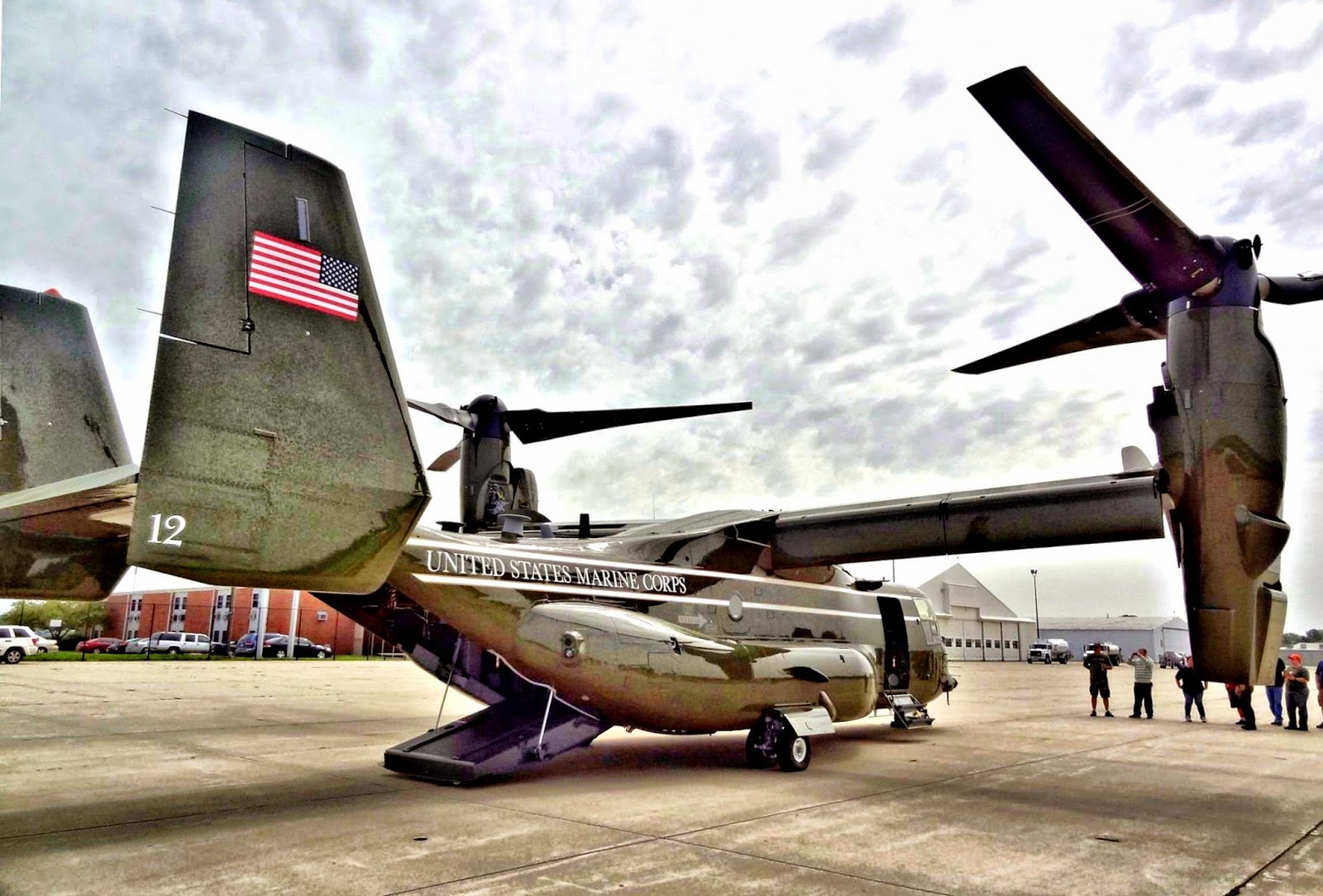 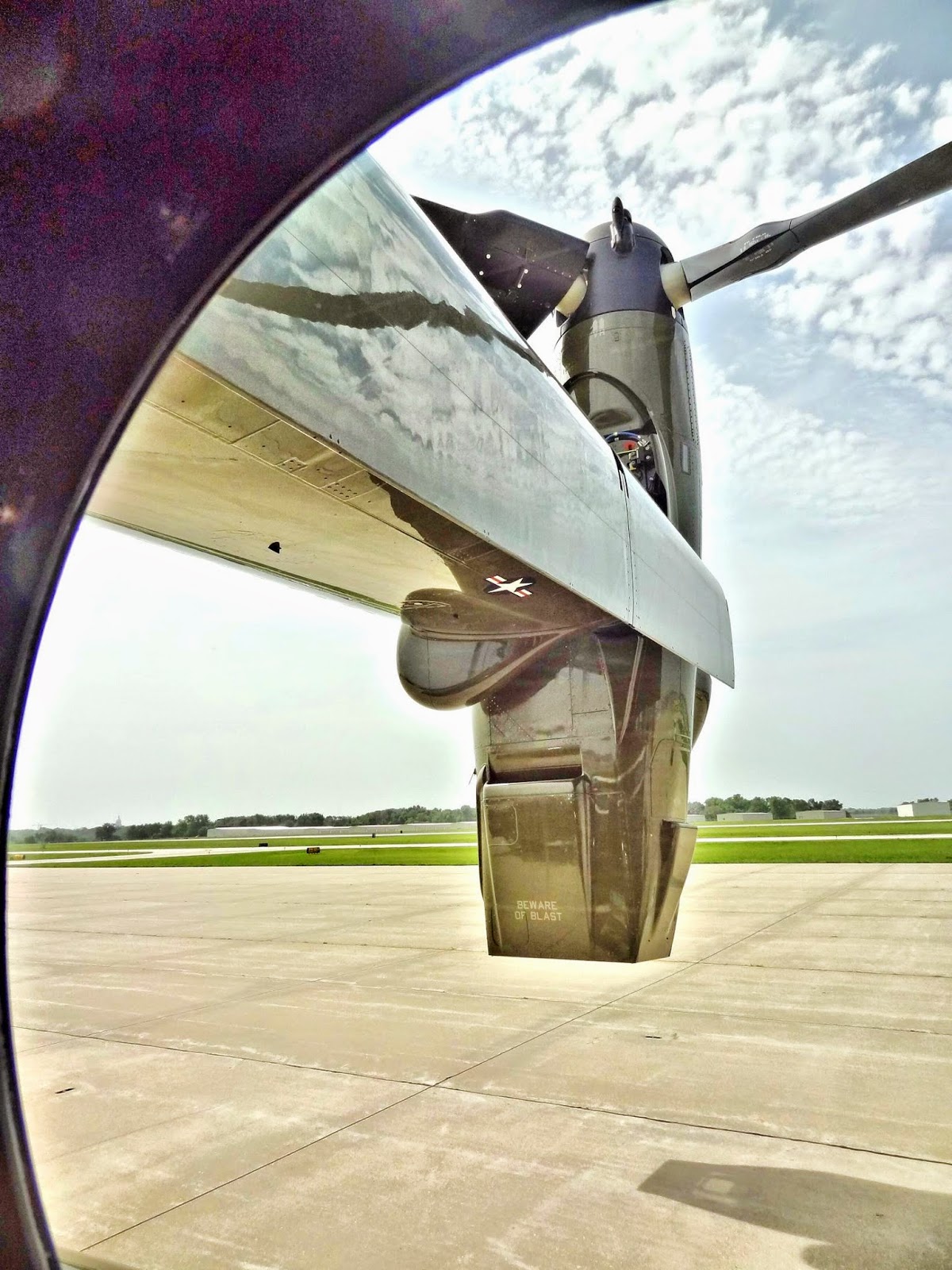 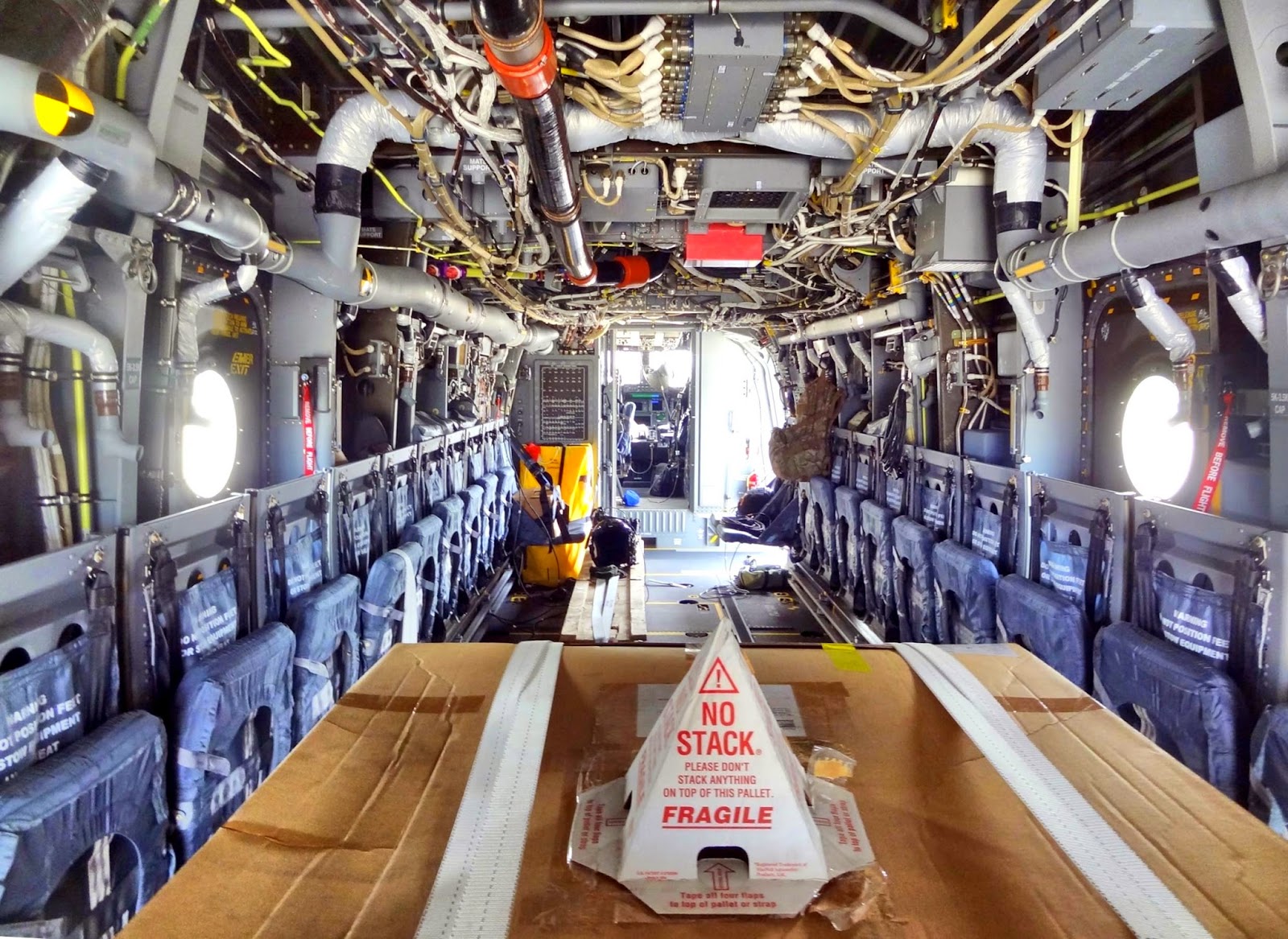 The pilot earlier expressed his intention to make a departing fly-by in “airplane mode,” but knowing how forces beyond the control of mortal men can force the best of intentions to go astray, I was DELIGHTED to witness the takeoff from the intersection. I was also amazed by the slow forward speed during the initial climb before the wings were producing lift.  In seconds the Osprey began a gentle turn to the right as the transition took place and he  rolled out wings level on a heading of 130 degrees over Runway 13, right down CENTRAL!


I will be surprised if I ever see another single flying machine that impressed me as much as Quantico Osprey number 12 that visited Springfield’s airport August 21, 2014. Sincere thanks to Major Kohut and the rest of the crew for showing yours truly and the rest of those who showed it to us close-up and personal.

Editor's Note: Text and Photos reprinted with permission from Job Conger from the AeroKnow Museum Gallery of Flight.  Job Conger is the Founder and Director of the AeroKnow Museum, located in the Horizon Aviation FBO at Abraham Lincoln Capital Airport in Springfield, IL.
Posted by Carmelo Turdo at 5:38 PM