Ministry Uses Aircraft to Care for Children in Guatemala, Part Two: The Provision of Aircraft and New Leadership at Manos de Compasion

The Manos de Compasion (Hands of Compassion) children’s home ministry has been caring for foster children in Guatemala for over twenty years, first in Guatemala City and currently in the more serene surroundings near the Bay of Santiago Atitlan. Successfully serving as a foster family to one child or teenager who is going through a family crisis takes love, wisdom and a God-centered environment under the best of circumstances. Caring for over fifty children from multiple cities and towns in Guatemala, including regular interactions with the court system, grocery shopping, counseling, vocational training, fun field trips and countless other activities of daily life, is truly a missionary calling. Along with their Christian faith, the leaders of Manos de Compasion have one tool that makes it possible for the ministry to provide a safe and healthy environment for the children: a newly-delivered aircraft.

“There, flying saves us weeks of our lives,” Reichard told The Aero Experience. “We calculated that if we only flew to Guatemala City once a week for a year, we would save about sixteen days of travel time. The plane helps us spend more time with these kids preparing them and helping them for their future."


Tom Stukenberg agreed, having flown a similar type of aircraft in previous years.  “It’s a real time saver…We have to buy all the groceries. There’s a Price Mart in the city, it’s like a Sam’s Club or Costco, and we buy the stuff there that we can along the local vegetables from the market...That’s where the airplane really comes in handy.”

In hindsight, the need and practical application of the aircraft to missions work in Guatemala seems logical, and an established aviation missions organization would likely be able to give practical advice on how to implement such an aviation program. However, in this case, the realization of the need, the acquisition of the aircraft, and the training of the pilots came through unexpected sources. 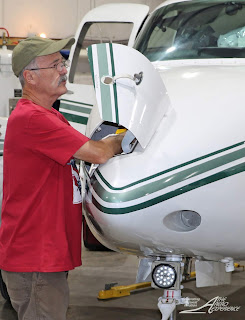 Tom Stukenberg’s involvement in missions included trips to Mexico during the winter off-season from his Wisconsin dairy farm to build a new church and minister there. Manos de Compasion was founded in 1999 in Guatemala City, and after about four years a new director was needed or the children would have to be redistributed by the courts. After three days of prayer and fasting, Tom and his wife Sue decided to take on the ministry at the home.

“We went to a missionary language school down in the Rio Grande Valley, in McAllen, Texas, and had the kids home to run,” Tom Stukenberg told The Aero Experience. “While we were in language school, I helped this missionary restoring a [Cessna] 182. He wanted to use it on the mission field. He ended up getting a secular job up in Ohio so he moved up to Ohio. The 182 sat for eight years. My son and I had the whole summer off in between semesters and we helped him strip all the paint off and treated it for corrosion after being outside a lot. So I helped him, and since then we moved to Guatemala and we got the kids home.

“Then this fellow that moved up to Ohio, he sent me an email that said, ‘Tom, God told me to give my 182 to you to use for your ministry.’ When I saw the email I just kind of laughed because I didn’t even have my pilot’s license. I was always interested in aviation, but we had just taken over – we had thirty-four kids – it was crazy…I talked to my wife and we kind of laughed about it…How can I say honestly that I’m going to use this for my ministry? So I called him up and I said, ‘This is really nice of you, but I can’t honestly tell you that I can use an airplane for my ministry. We just took all these kids in and it is twenty-four/seven with these kids.’"

But that was not the end of the story, and the issue of getting the airplane would not go away. Tom Stukenberg continued, “He says, ‘Oh, Tom, it’s nothing like that. God told me to give it to you. If you want it, I don’t care, you can sell it on eBay tomorrow and use the money for your mission. I don’t care. God told me to give it to you.’ So I said, ‘Well, if that’s the case, then yeah, I’ll take it.’ And so I took the airplane.

"He ended up flying it down to Guatemala with me before I even started my training. And then we found this Christian missionary that was also an instructor, and he said that he would give me training for free. So I did almost all of my training in Guatemala. I got my license and I flew that 182 for a couple of years down there – it was a good plane…I was kind of afraid of flying over the mountains with that single engine. A lot of times I’d be above the clouds and you couldn’t see anything, just white like you’re flying in the arctic. And I thought, ‘If I ever lose this engine, I’m going to go down through the cloud layer but I don’t have any idea where the mountains are and won’t have time to maneuver for any kind of a decent landing place.’ So I started looking for a twin.

“This other missionary had a twin-engine that someone had donated to his ministry, but he didn’t have the twin-engine rating. We made a deal where we just traded up. He preferred to have the single-engine and I wanted to have the twin, so we made an even trade. And I flew that Geronimo for three or four years down in Guatemala after that.” By then he had moved the children’s home from Guatemala City to its current location near the Bay of Santiago Atitlan. 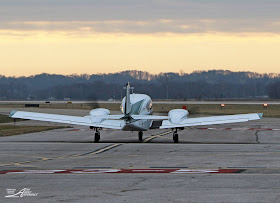 He eventually flew it to Wisconsin to take care of his mother-in-law, and it was sold.


“I had sold my Geronimo when we had to go off the field for a few years. I flew it up to Wisconsin and I really couldn’t see any reason to keep it with the expense of the annual inspection every year.”

Before Tom and Sue Stukenberg left for Wisconsin, David Reichard had visited with a church mission group. He picks up the story from there. 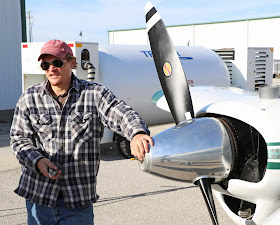 “I came down on a trip to help them out to finish one of their houses in 2008/2009, and I had already started my career job in the Philadelphia area working for a structural engineering company, and I really liked it,” he told The Aero Experience. “But I really felt called to go down there and help them out. Tom spoke at a church, and I remembered going there as a teenager. So I went down for two months to help finish some stuff up, and I wasn’t sure if I was supposed to go to missions or not. I thought I was going to stay in what I was doing and help missions work, but I was down there for two months and I left.

“On my second plane ride home I really felt that God was telling me to go back there and stay there and also marry Tom’s daughter. I sent a message to Tom not knowing what he was going to think, but he was on board. Deborah and I got married in 2009…Tom and Sue moved back to the States and Deborah and I took over running the ministry…We started out with about eight kids in the house, and then we started another house, and another house, and another house. And then we built that school. The only reason those things started was God’s provision to build these houses and sending the people to help in these houses…The more kids we can help, well, the better.” 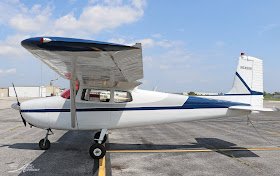 Another twist to the story came when Tom Stukenberg decided to return to the mission in Guatemala along with another aircraft, this time an early model Cessna 172. An $8,000 purchase turned into 2 years and a $40,000 plane. Dave Reichard trained in it, and it was used in Guatemala. However, it did not perform well at high altitudes, and it was sold in the U.S. last year while the ministry’s second Piper Geronimo twin-engine aircraft was being restored to flight status at Big River Aviation.

“Our grass airstrip by the home is at fifty-three hundred feet,” Tom Stukenberg added. “Guatemala City is five thousand feet. And in between there you have to be seven thousand, eight thousand feet and to be up above the clouds at ten, twelve thousand feet. The old Cessna would just putt, putt, putt up there but you had to be so careful with weight and you really couldn’t haul any supplies or anything. So we were thinking and praying about getting a different one and then this one showed up in Trade-A-Plane and I thought, ‘That’s the plane we need.’ But it turned out to be more of a project than we really figured. Thankfully, we have guys like Steve [Long] who went down to Louisiana where the plane was…He has been donating his time and Paul [Voorhees] has given us a real good deal…Nick [Turk] and I flew it up from Spring Hill.”

Apart from the use of the current Piper Geronimo as a vital transportation link to Guatemala City, the aircraft serves as a symbol of hope and a better future for the children at Manos de Compasion. For those older teens and young adults who are looking forward to making their way in life, there are accessible technical schools and the Aero Club of Guatemala. They have flight instructors there as well as schools for flight attendants and mechanics. One young man is nineteen now, and he’s studying to be a mechanic. He is but one of many who have experienced the life-changing effects of missions aviation.

In Part Three of our series, we will take a closer look at the work performed on the Piper Geronimo aircraft at Big River Aviation in 2019 leading up to Part Four, covering the preparations for the flight to Guatemala in February of 2020. The Aero Experience thanks Tom Stukenberg and Dave Reichard for talking with us during their visits to St. Louis in the weeks prior to the aircraft’s delivery flight.

We hope that you will support the great work of Manos de Compasion by contributing directly to their ministry. Please consider visiting their website and making a generous donation to support their work as a foster family to these beautiful and wonderful children!
Carmelo Turdo at 6:08 PM