Ralf and Marga Hannemann's Around the World Flight for Charity Stops at TAC Air St. Louis 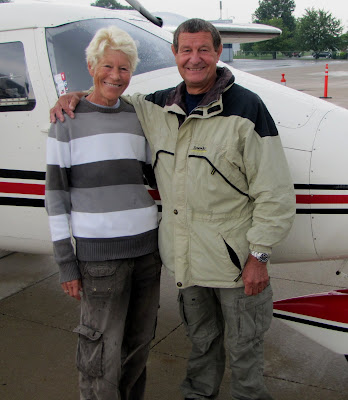 Ralf and Marga Hannemann Pose In Front of Their P68C Before Takeoff
The Aero Experience caught up with Ralf and Marga Hannemann during their stop in St. Louis on their around the world flight for charity.  The Hannemanns departed Spirit of St. Louis Airport Tuesday to continue their journey northeast before crossing the Atlantic back to Europe where their latest trip began.  The Hannemanns, who hale from Nuremberg, Germany, have been flying their custom twin-engined Vulacanair P68C Partenavia almost continually since 2003.  At 130 knots, intercontinental trips take a while!  The current tour is designed to call attention to Mission Aviation Fellowship and Harl-e-kin, a local German aftertreatment project for premature infants and their parents.  Both charities are under the banner of "A Healthy Smile Connects People", and are supported by such aerospace giants as BendixKing and Jeppesen.  Please visit Mission Aviation Fellowship at http://www.maf.org/ and Harl-e-kin at http://www.geier-flyer.com/GeierFlyerUK/downloads/greetings_harlekin.pdf and make generous donations to each charity. 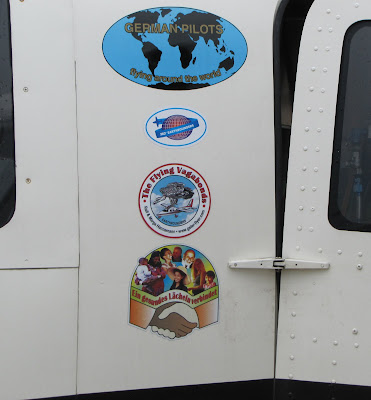 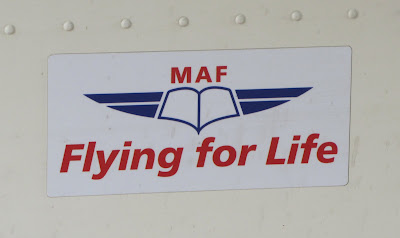 The Vulcanair P68C is a rugged, low-maintenance twin known for its versatility and endurance.  The Hannemann's aircraft, P68C D-GHAN, was custom-ordered in 2002 and delivered in 2003.  This aircraft was chosen for its simplicity of construction, high wing to keep the propellers away from rough ground and the short-field performance needed for utilizing unimproved airstrips world wide.  With long-range fuel tanks, over water flights of over 9 hours are possible.  The neatly arranged cockpit provides for safety and crew awareness during extended international flights. 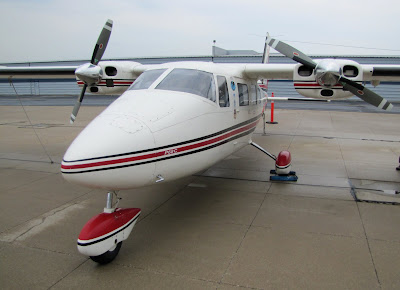 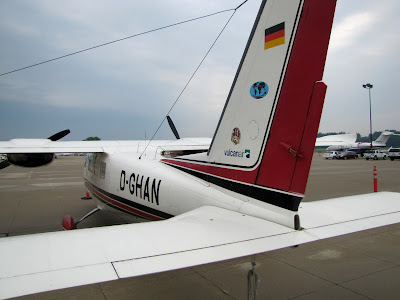 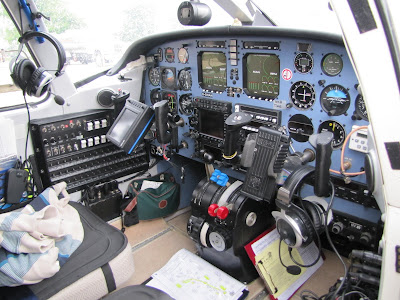 Since receiving their P68C, the Hannemanns have been touring the world by air.  They are now on their second around the world flight.  Owning an aircraft in Europe and flying in remote areas of the world has its challenges.  Notwithstanding the higher price of fuel in outside the United States, even European countries have different flying environments.  Marga described Germany as being less supportive of general aviation, while France was described as "easy" and Scandinavia as "beautiful."  The conditions in Africa and Asia are especially challenging, often including small, unimproved landing strips and less than ideal fuel quality.  TAC Air St. Louis at Spirit of St. Louis Airport made it easy for the Hannemanns by providing excellent ramp service during their stay. 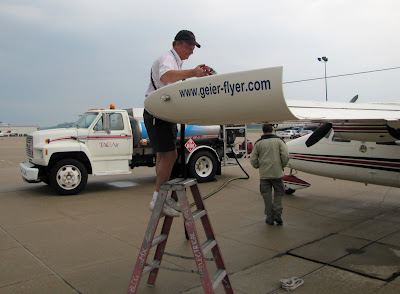 TAC Air Employee Dan O'Hara Tops Off the Tanks
Ralf and Marga Hannemann preflighted their aircraft and departed St. Louis around 10:00am.  Blue skies and Godspeed for this and future flights!  Please visit the Hannemann's website http://www.geier-flyer.com for more information on their charity around the world flight. 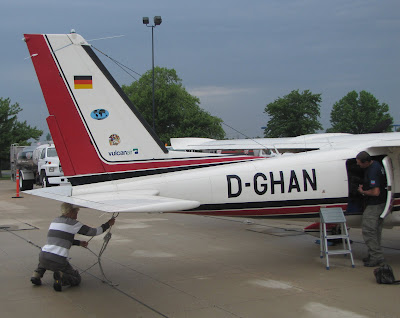 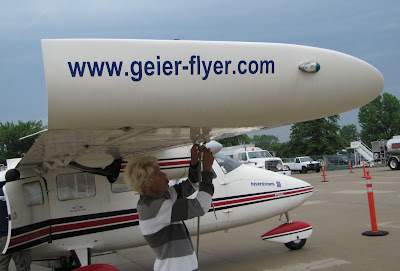 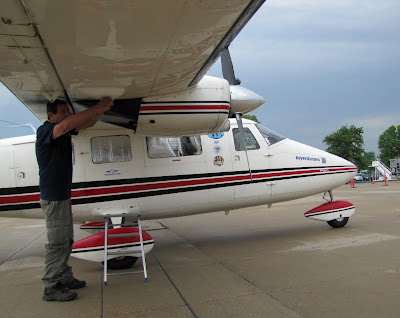 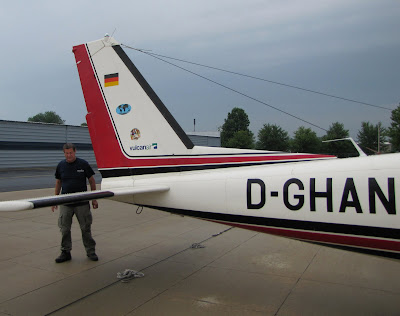 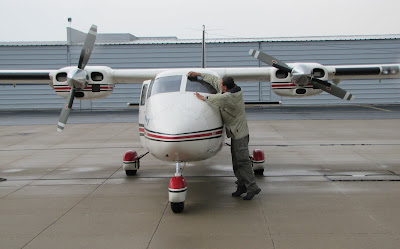 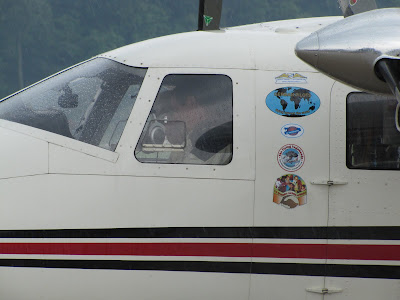 Posted by Carmelo Turdo at 4:15 PM