EAA AirVenture Oshkosh 2014 featured the top-tier airshow performers, including some very unusual acts.  True to form, this year's airshow featured a modified replica of the Granville Brothers' Gee Bee Q.E.D. (R-6H "Sky Conqueror") racer, originally flown in 1934.  It was a larger version of the classic Gee Bee racer series of aircraft used to compete in the numerous air races held throughout the 1930s.  Unlike its predecessors, this model was not successful.  The only original aircraft of the type was involved in a fatal accident in 1939, and was later rebuilt for display in Lerdo City, Mexico.
The replica, modified to carry two crew, was built by Jim Moss in Seattle, WA.  It is equipped with a Wright R-1820 radial engine producing 1425hp.  The dimensions are nearly the same as the original design, but with a larger vertical fin and rudder to give greater control of the aircraft equipped with the more powerful engine.  The aircraft made several passes during the airshows, and was on display in the Vintage Aircraft area throughout the week. 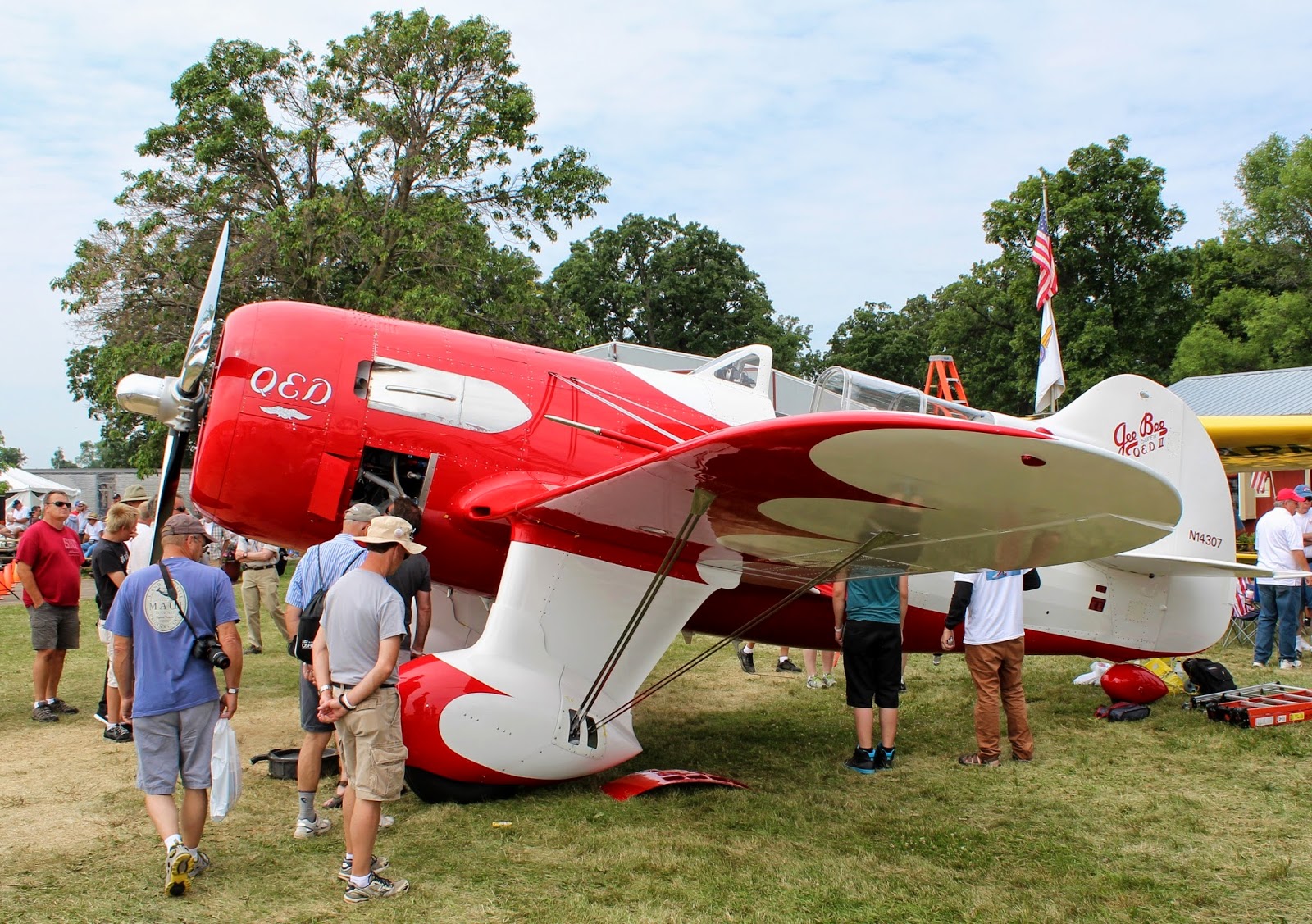 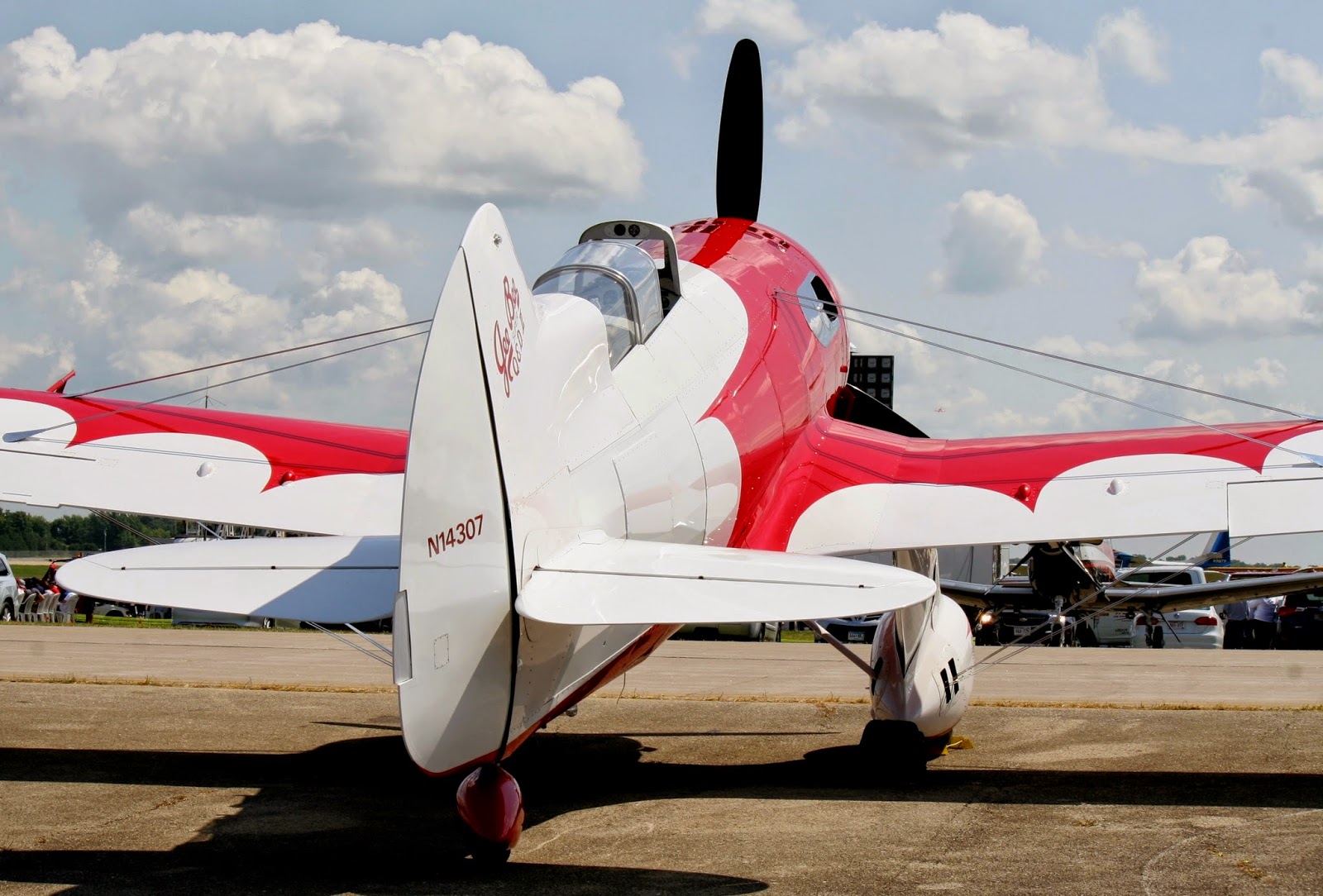 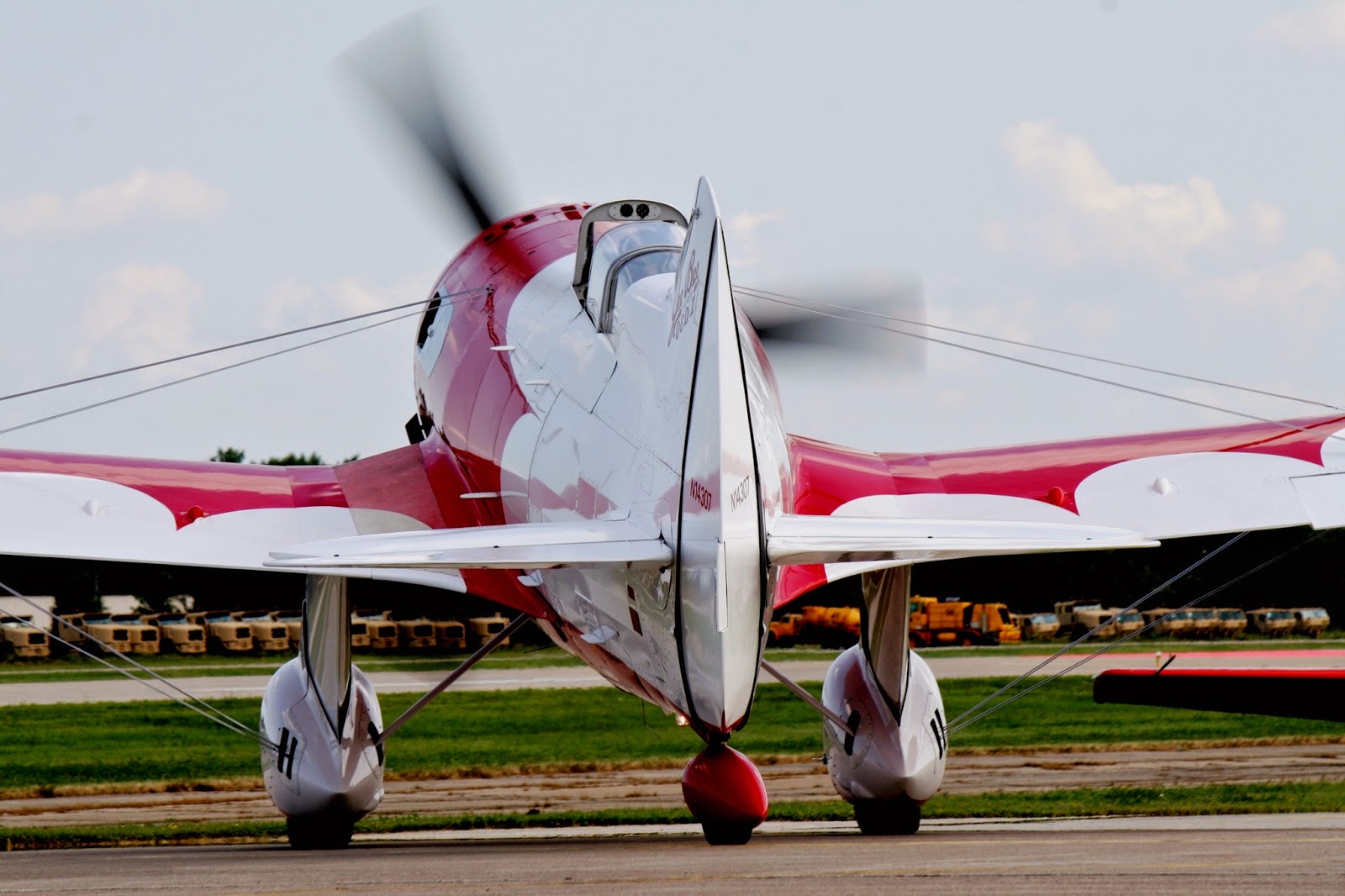 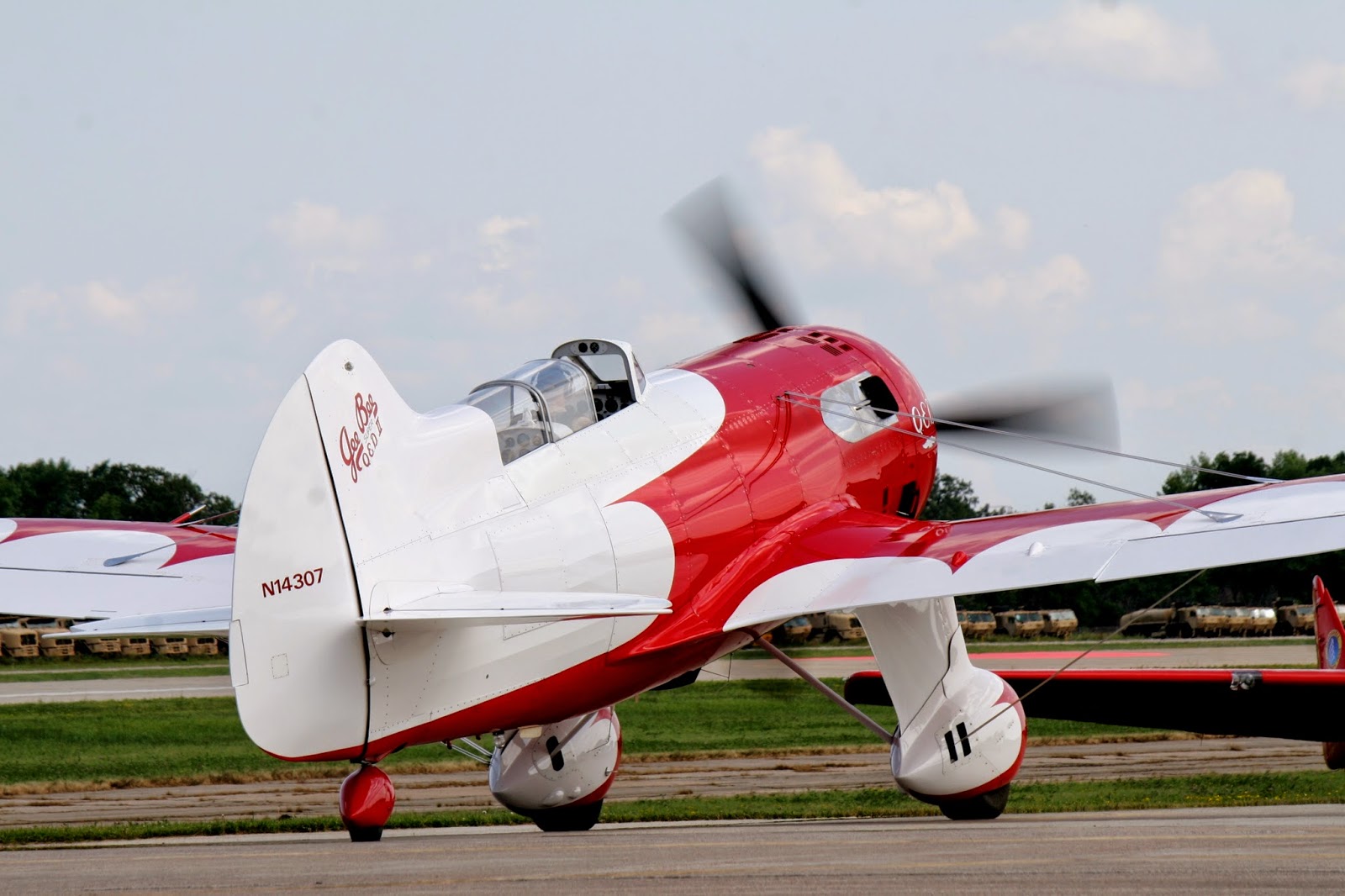 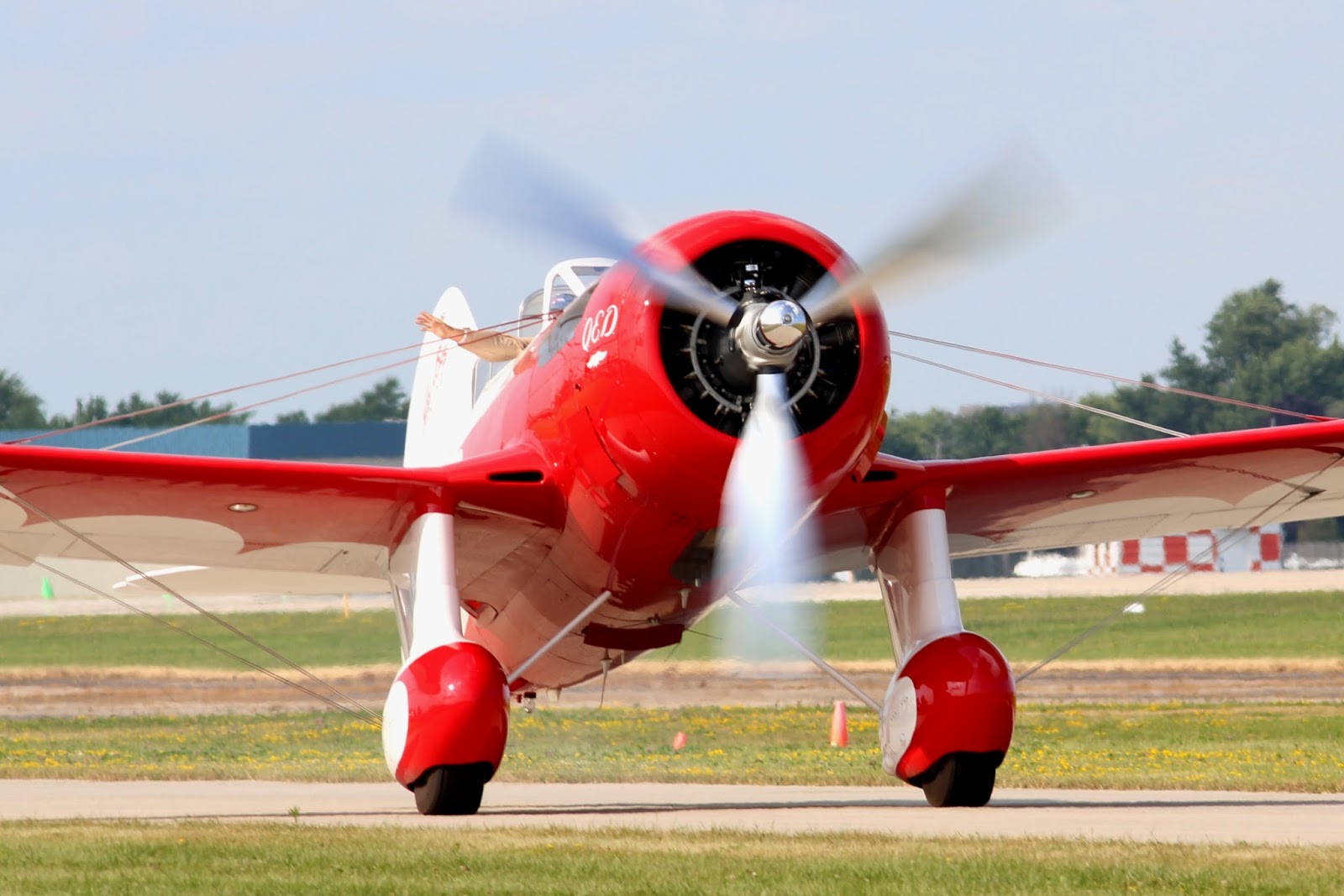 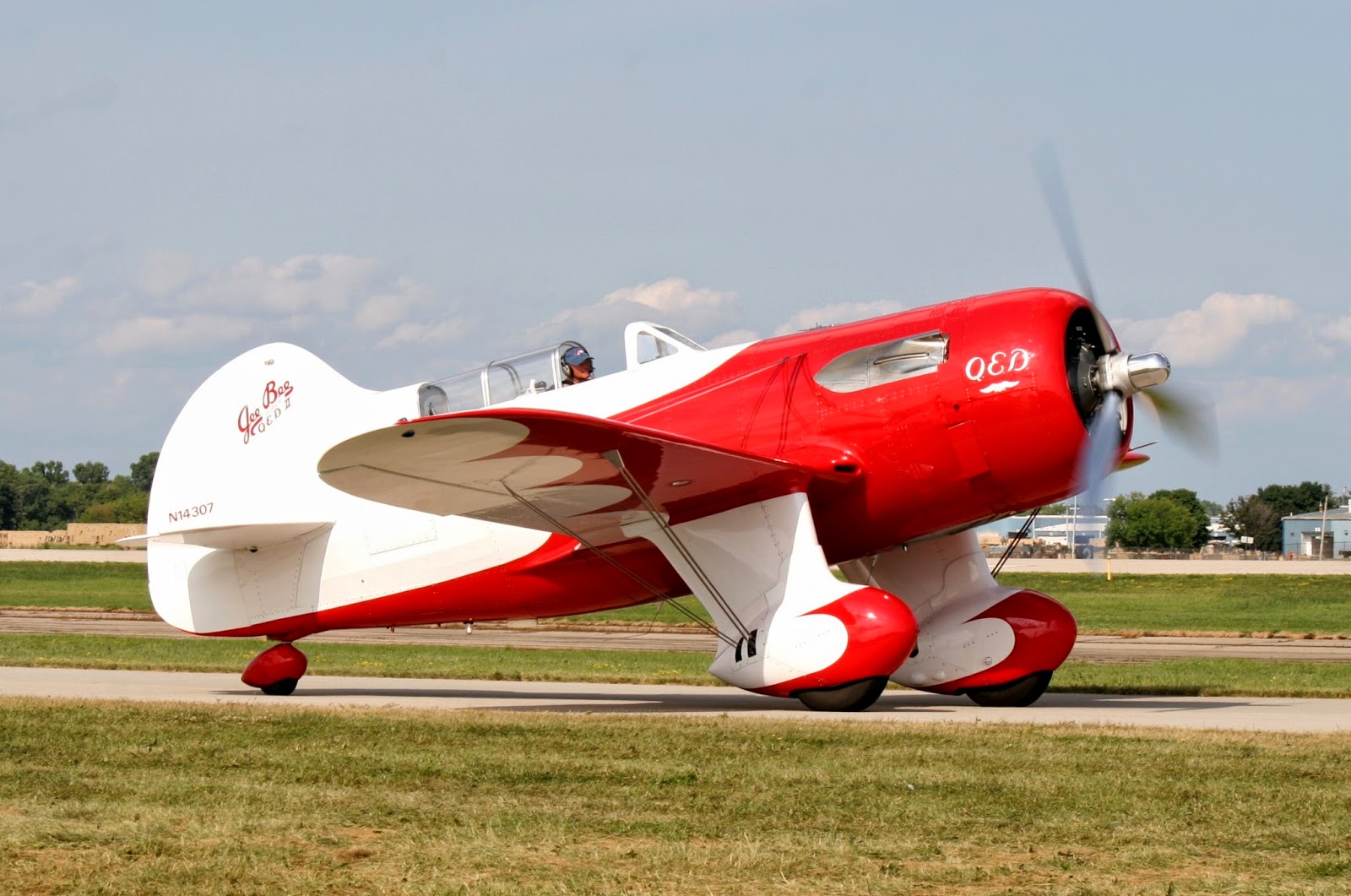 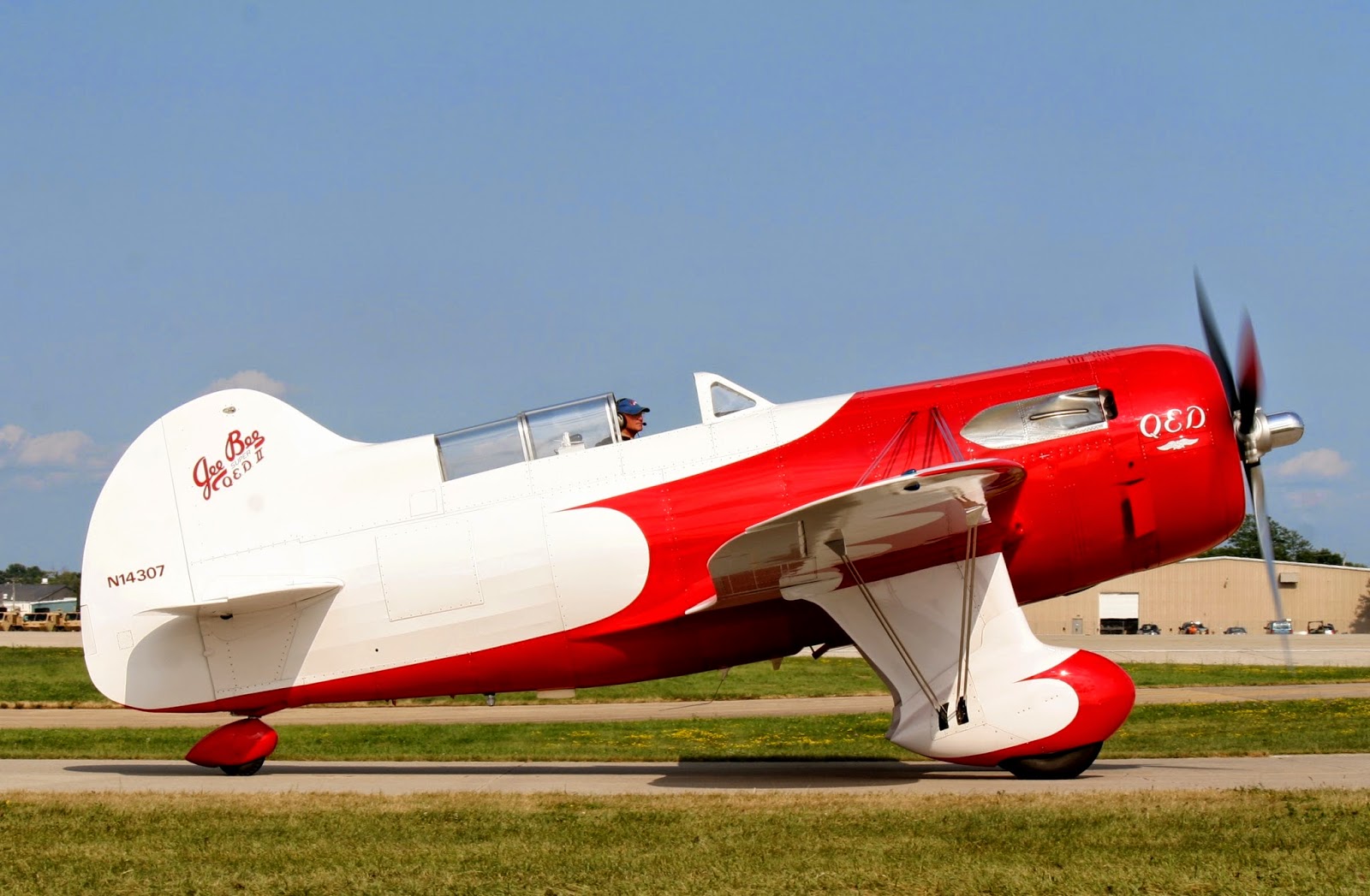 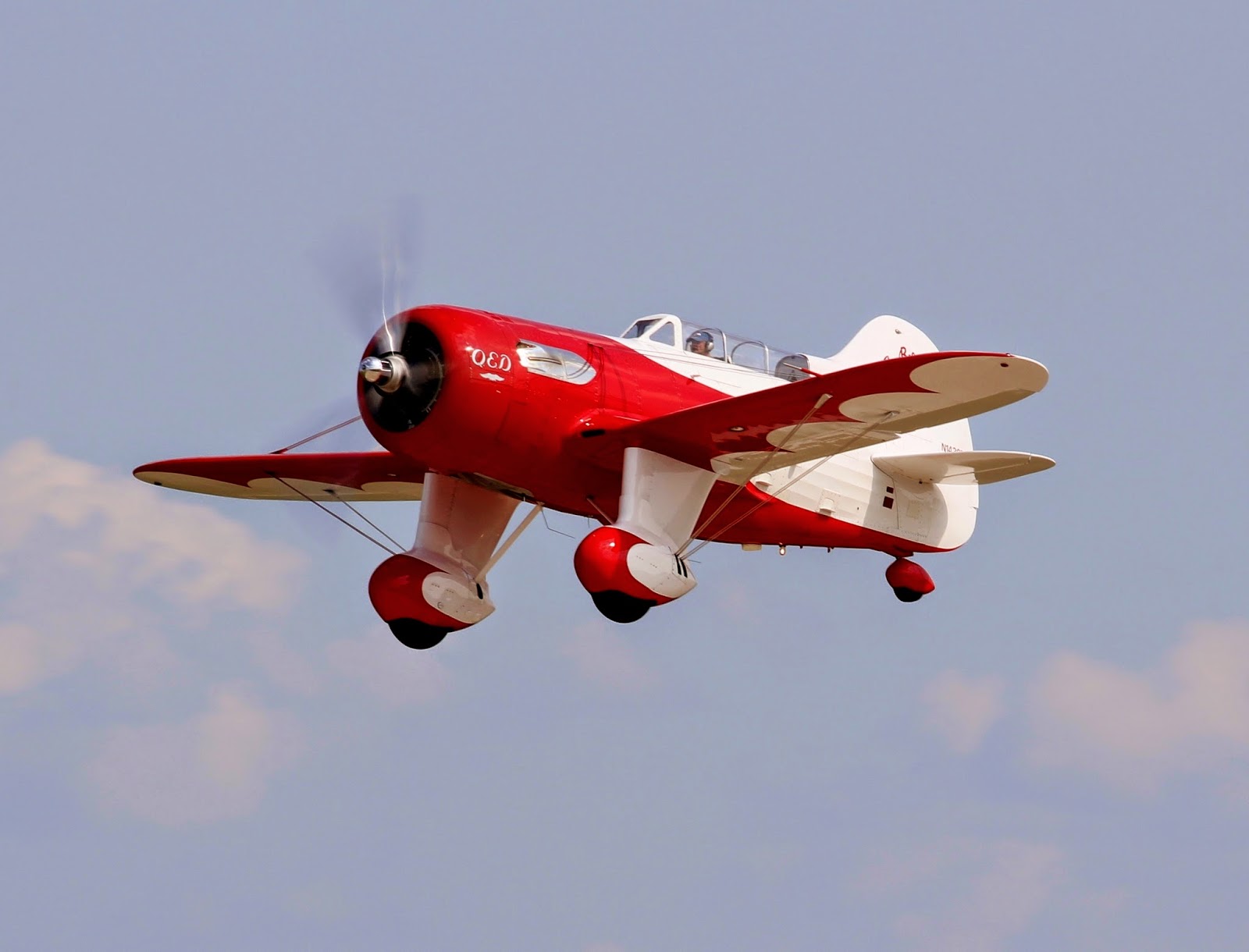 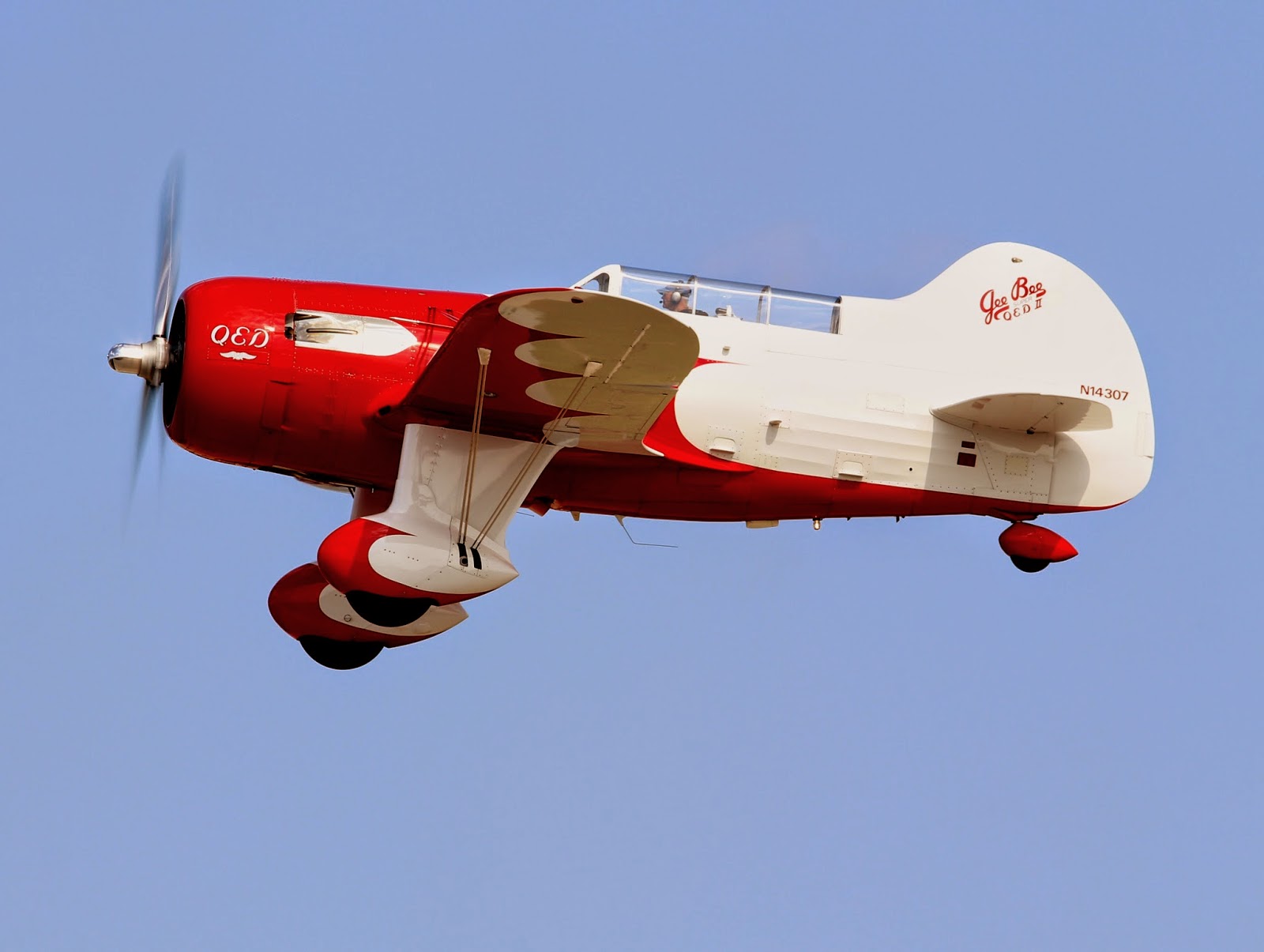 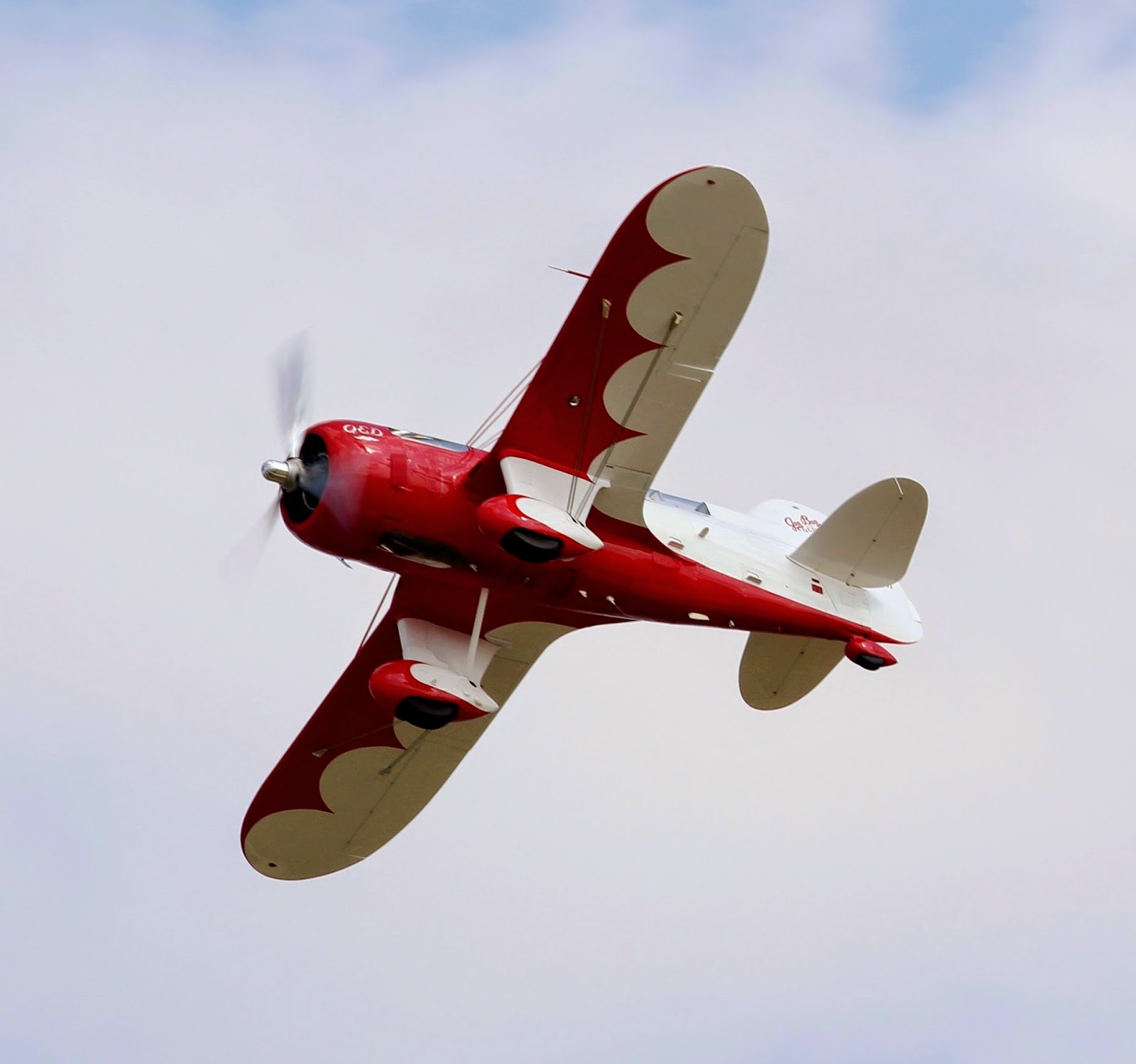 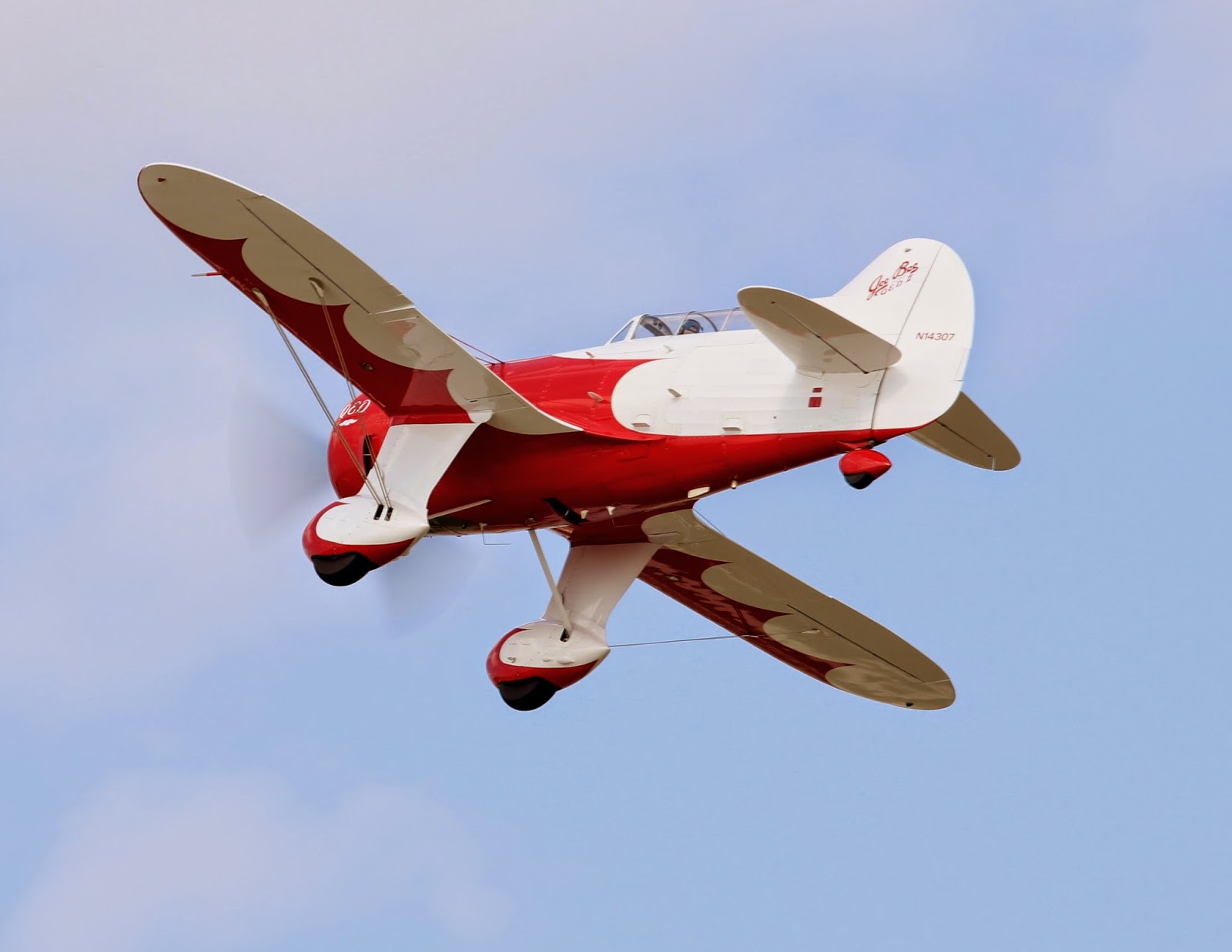