The Midwest Aviation community eagerly awaits the arrival of the U.S. Navy Blue Angels Flight Demonstration Squadron for the Spirit of St. Louis Air Show in May.  As a prelude to the airshow, the St. Louis Chapter of the Missouri Pilots Association hosted a program Wednesday evening dedicated to the history of the Blue Angels, produced by aviation historian Joe Gurney, with special guest Rob Wunderlich, U.S. Marine pilot of the "Fat Albert" Hercules support aircraft during the 1997-98 seasons.  Gurney presented the history of the Blue Angels as they progressed from the Grumman F-6F Hellcat in 1946 to the current McDonnell Douglas F/A-18C/D Hornet, while Wunderlich (now a USAF Lt. Colonel flying KC-135 tankers) related his experiences flying the KC-130 with an all-U.S. Marine Corps crew.  It was no surprise that the main topic of the Q&A session was the JATO takeoff performance of the KC-130 using eight solid-fuel rockets (manufactured in the 1950s).  The performance, now discontinued due to cost and unavailability of the rockets, was especially impressive when seen at night.

Joe Gurney provided a portion of his memorabilia collection for viewing: 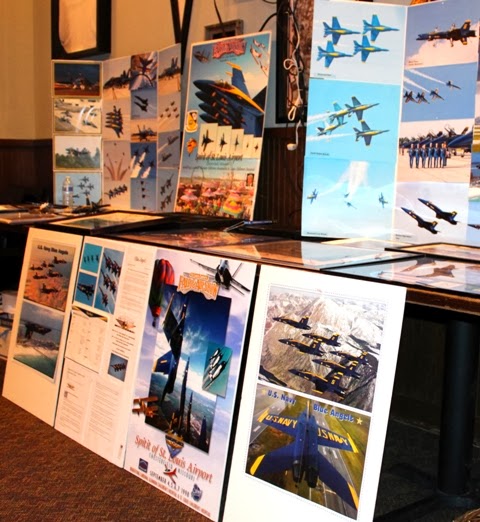 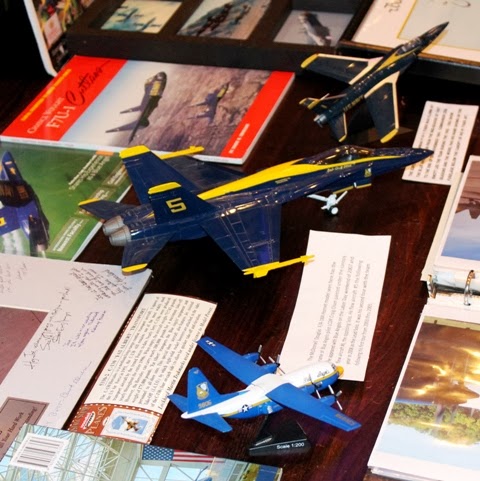 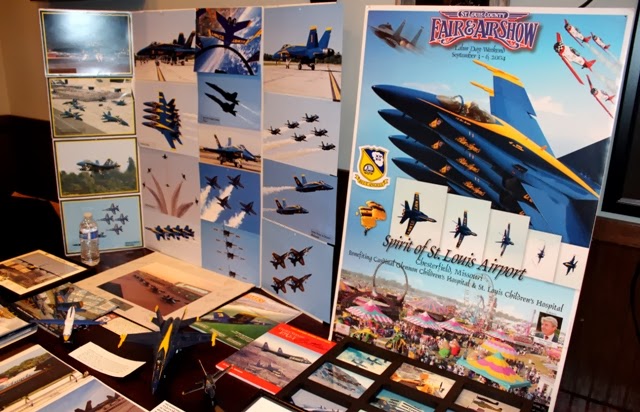 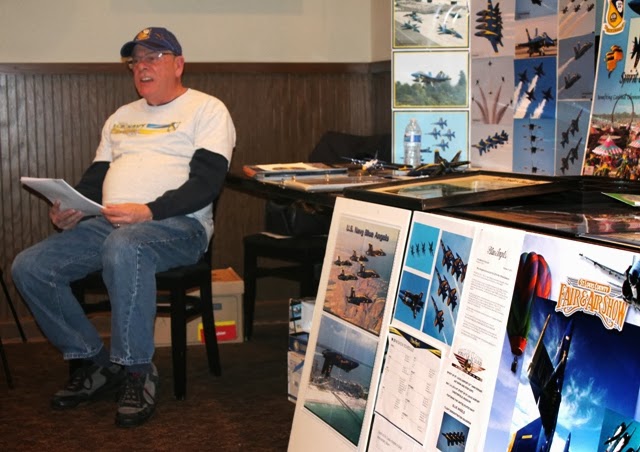 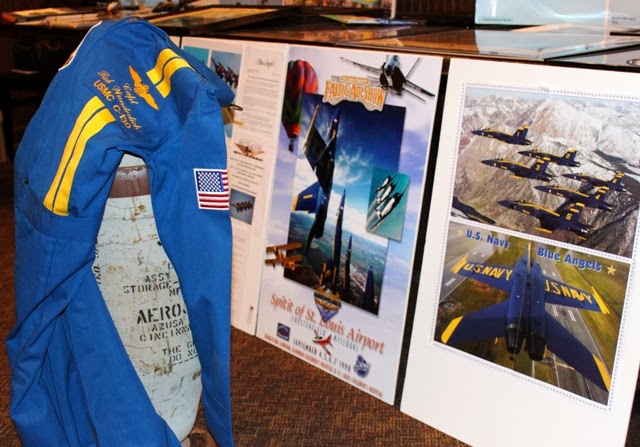 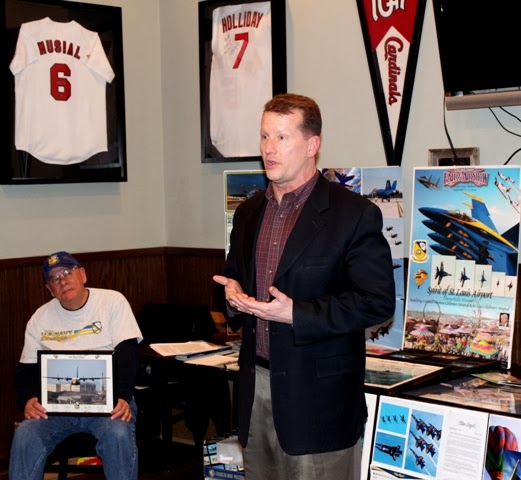 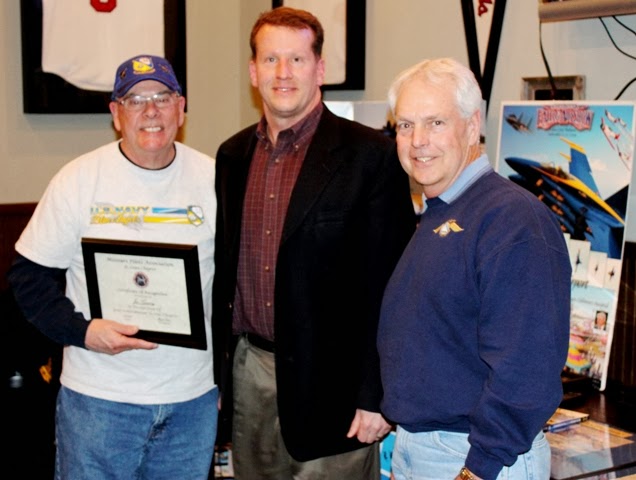 Posted by Carmelo Turdo at 4:18 PM