EAA AirVenture Oshkosh 2015: Monuments to the Dream of Flight and Flyers 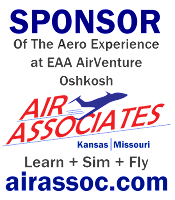 The Aero Experience continues our coverage of our arrival at EAA AirVenture Oshkosh 2015 with a look at the unique monuments to flight and flyers found on the main grounds (those found in other areas will be covered separately).  After passing the propellers and T-33 jet at the main gate and going on to the "Brown Arch" and the memorials, one easily concludes that aviation is more than a hobby or vocation.  It is woven into the fabric of those who have dedicated their lives to passing on the gift of flight to the succeeding generations, and there is plenty of room for many more to join the aviation community.

The entrance sculpture, featuring two Pratt & Whitney 1830 Twin Wasp radial engines with propellers, was dedicated in 2009.  The 1951 T-33 Shooting Star jet trainer is located just outside of the fence. 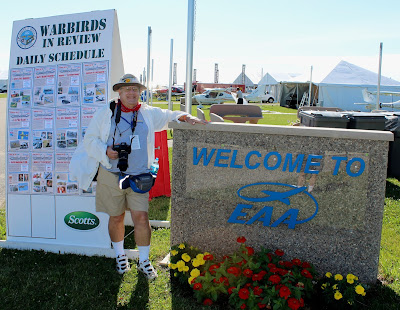 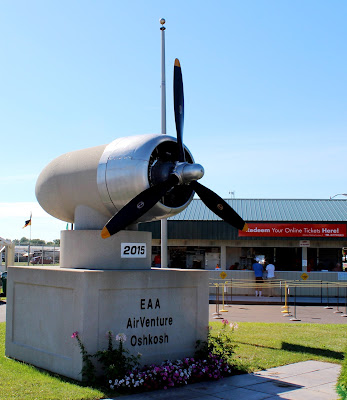 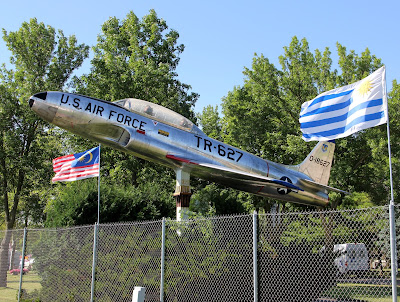 The "Brown Arch" has been a symbol of EAA's promotion of flight since AirVenture arrived at Oshkosh in 1970.  In 2009, it received an update to include memorial bricks. 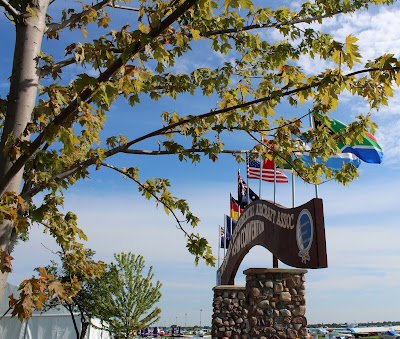 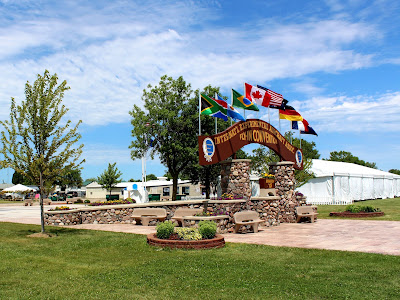 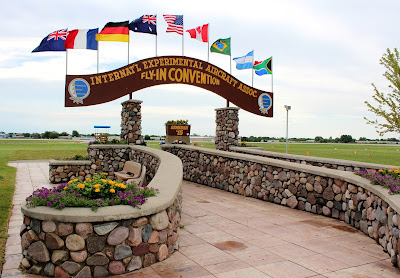 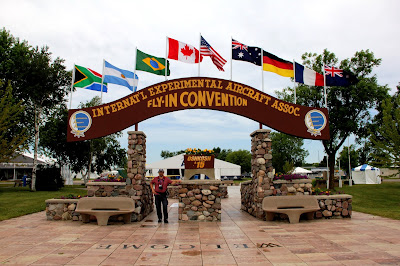 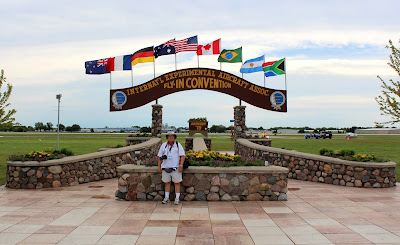 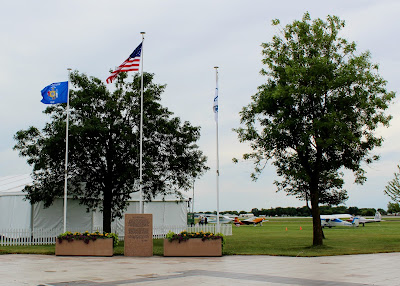 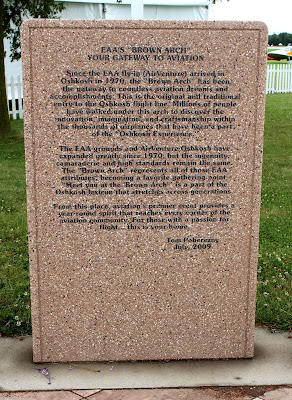 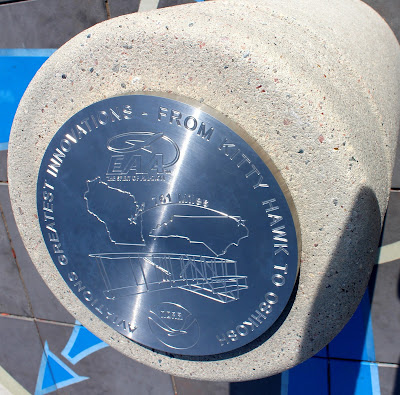 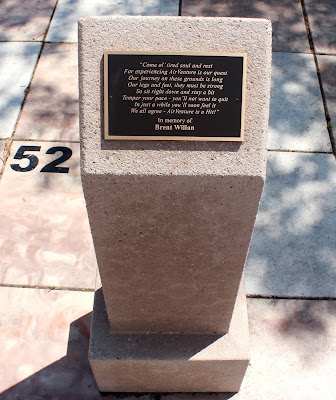 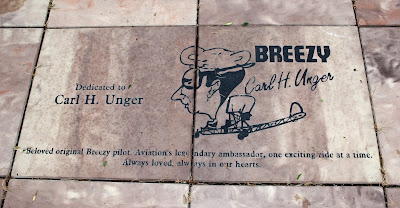 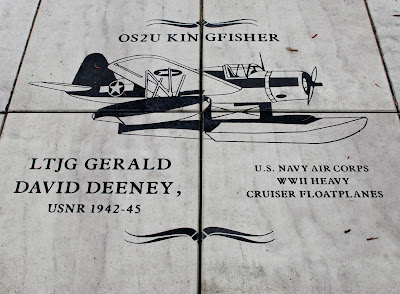 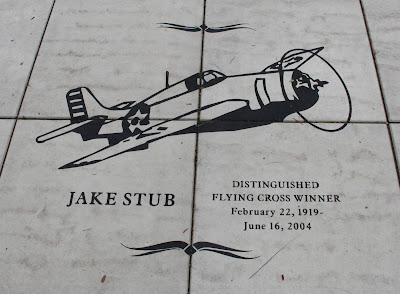 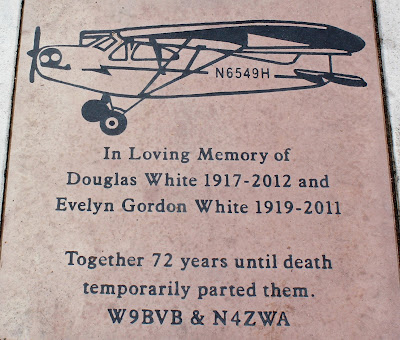 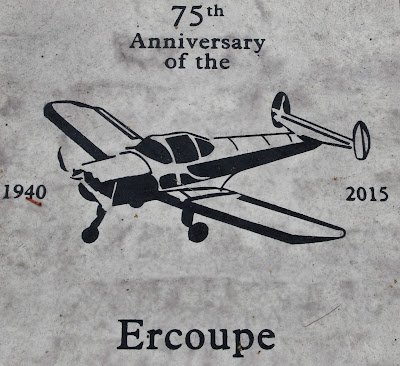 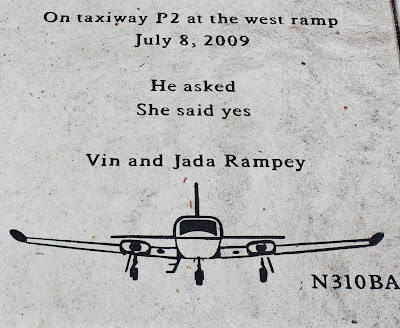