The story of the Late Don Allen, well-known World War II nose art painter, was told by his daughter, Lynn Chilberg, and his son-in-law, Howard Chilberg, at the Missouri Aviation Historical Society meeting Thursday.  One of the most prolific nose art painters of the war, Don Allen created over 60 airplane names and mascots during his time as a crew chief with the Fourth Fighter Group.  His art adorned Spitfires, Thunderbolts and Mustangs, and he was often requested when a new crew member transferred into the group. 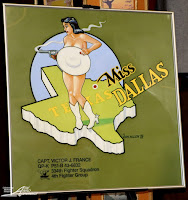 Missouri Aviation Historical Society President Dan O'Hara introduced Mrs. Chilberg, who, naturally, was very proud of his accomplishments in the U.S. Army Air Forces and following the war.  Don Allen had formal art training prior to being drafted in December of 1942, and returned to the world of art as an advertising artist for Ad Art Studios in his native Cleveland, OH until he retired in 1995.  The importance of his wartime artwork was the morale boost it gave to the crews as they fought the persistent German Luftwaffe while protecting the bomber crews. 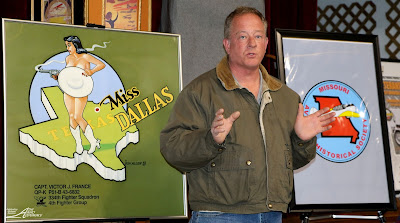 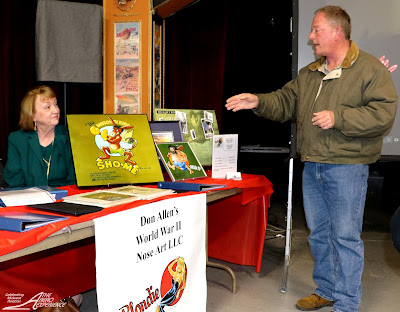 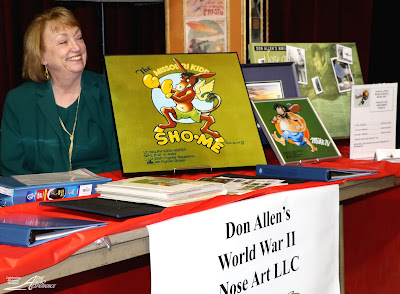 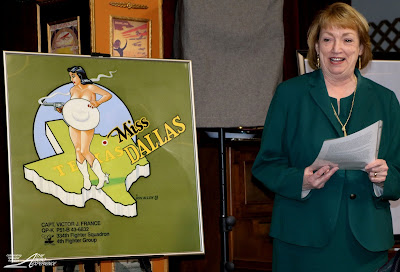 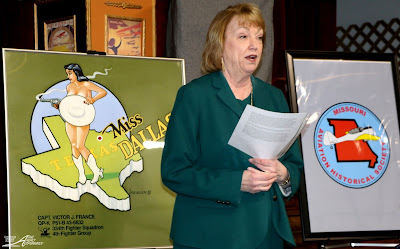 Mr. Chilberg, Professor of English at St. Louis University, contributed a reading of a journal entry relating Don Allen's extended mission to Ukrain and back to England as a gunner on a B-17.  Allen was "attached" to the bomber crew, giving himself gunnery training during the first leg of the mission that would include several days of hard flying, an emergency landing, and meeting his own fighter unit at the Ukrainian base.  Such is the unpredictability of wartime missions and crew assignments. 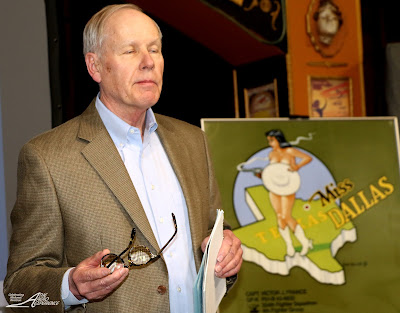 Following the presentations, the group viewed extensive coverage of Don Allen's work in the documentary, Nose Art and Pin-Ups (Whirlwind Productions).  A portion of the video covered the many nose art examples reproduced by Allen before his death in 2013 for a display currently at Seymour-Johnson AFB, NC, home of the current Fourth Fighter Wing.  High-quality color prints of some of the nose art were produced and were available for purchase.      ﻿ 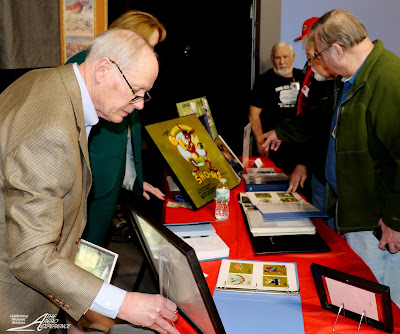 This presentation was an example of the excellent programs held at the monthly meetings of the Missouri Aviation Historical Society.  The Aero Experience highly recommends supporting this organization through the benefits of membership.
Posted by Carmelo Turdo at 11:08 PM