Mount Vernon Outland Airport was recognized on a national level on multiple occasions in 2017. Events such as the Midwest LSA Expo and EAA AirVenture Cup Race garnered attention from the aviation community, and additional public exposure came from this summer’s total eclipse. In 2017, a relationship between the airport and the Boy Scouts of America led to an increased number of events at the airport for area youth, and the airport established this region’s only Aviation Explorer Post. 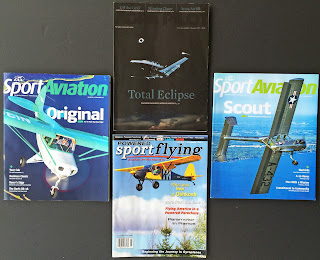 The 9th Annual Midwest LSA Expo, held in early September, generated articles in the November 2017 Powered Sport Flying magazine and the December 2017 edition of EAA Sport Aviation. Mount Vernon Outland Airport Manager Chris Collins remarked about the recent media attention: “With so much going on in the aviation industry, it is a rare occurrence to be featured once in a national magazine. To be mentioned this many times in a single year is truly special!” 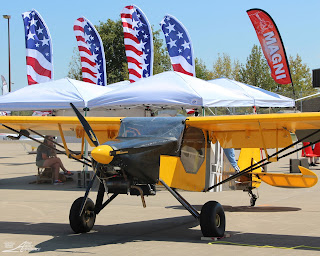 Mount Vernon Outland Airport officials recently reviewed their 2017 partnership with Boy Scouts of America. The airport hosted a five day Bug Hunter Day Camp for Cub Scouts in July, provided training and Young Eagle Flights for nearly 60 Aviation Merit Badge candidates in September, and introduced aviation careers to several youth through the newly established Aviation Explorer Post #1155. Visits to SIUC, Boeing, the St. Louis-Lambert International Airport Control Tower, and the National Museum of the U.S. Air Force were just a few of the trips made by the region’s only Aviation Explorer Program.

Mount Vernon Outland Airport looks forward to many more activities in 2018, including Balloons over Mount Vernon/Veterans Fly-In and the Vietnam Veterans Run for the Wall Lunch Stop, both in May, and the return of the Midwest LSA Expo and the KR National Gathering, both in September. New and exciting opportunities await the Aviation Explorers as well. Slots are always available in the program for high school-age youth interested in an aviation career.  For those older than high school age, the airport always welcomes visitors - flying or driving!   To see more, visit www.mtvernonairport.com.

The Aero Experience is proud to support Mount Vernon Outland Airport. Thanks to Airport Manager Chris Collins and his staff for all they do to make the airport an outstanding Midwest Aviation resource.
Posted by Carmelo Turdo at 11:41 AM