The Douglas DC-3/C-47 family of aircraft has been serving the civil airlines and military forces of the U.S. and countries around the world since entering operational service on June 26, 1936 with American Airlines. A development of the Douglas DC-2 that began commercial service with TWA in 1934 as a rival to the Boeing 247, the DC-3 and various follow-on models have assumed a deserved place in the history of aviation as an example of a timeless aircraft design. Throughout its service as the standard airliner of a generation (over 600 built) and the first practical military air transport (about 10,300 built in the U.S.), the DC-3/C-47 has exceeded the expectations set by the Douglas Aircraft Company. Even today, the best replacement for a Douglas DC-3 is often another DC-3. The fact that there are still DC-3/C-47s in service attests to the capabilities of the original design.

The story of one C-47 intersects at various points throughout the world, currently meeting at St. Louis Downtown Airport in Cahokia, IL. One 1943 C-47B, now re-licensed as a DC-3C N68CW and carrying the construction number 25980, has been sitting on the apron in various stages of airworthiness for over a decade. In a former lifetime, as USAAF serial number 43-48719, it was produced by the Douglas Aircraft Company at the Oklahoma City facility and served valiantly in resupply missions during the Battle of the Bulge and other historic World War II engagements. And yet, the story of this aircraft and her crew would not be told today if not for the daughter of one of the pilots who happened to be looking for her father's wartime aircraft. The lady who has researched her father's wartime service, and found the aircraft sitting right here in the Midwest, is Jenny Nunn Brawley, whose father, Major Thomas E. Nunn, flew this very C-47 from September of 1944 until the end of the war in Europe. The aircraft, named Miss Anabel Lee after Major Nunn's newlywed bride, was later acquired by civilian operators in the U.S. and Canada. Jenny Nunn Brawley recently visited the aircraft at St. Louis Downtown Airport, and The Aero Experience was honored to be there to share her experience.


In a series of reports over the coming weeks, we will continue the story of Jenny Nunn Brawley's journey to find her father's Douglas C-47 Miss Anabel Lee that was here in the Midwest all along. We will retrace the missions over Europe that were flown in this aircraft, and get a unique look at the wartime service of a veteran pilot who helped win World War II for the Allies. In the process, we will learn more about the Greatest Generation and how their heroism saved the world from tyranny.

Jenny Nunn Brawley visited her father's C-47 at St. Louis Downtown Airport on December 15, and The Aero Experience accompanied her on the aircraft and during lunch that afternoon. We thank her and the former owner of the aircraft for making this visit enjoyable and for permission to post these photos of the visit: 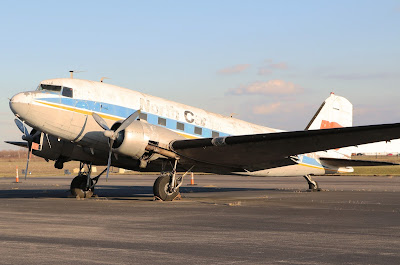 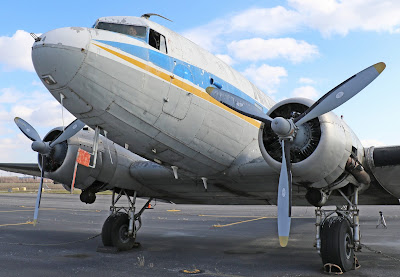 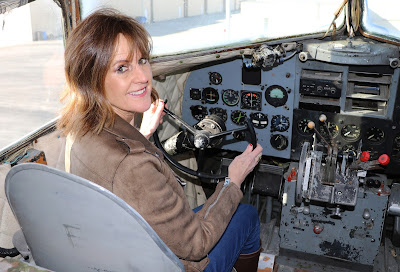 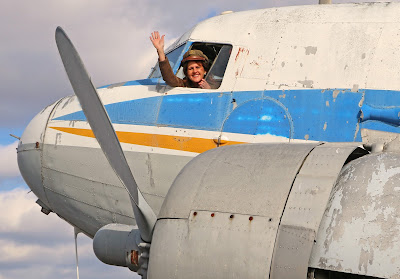 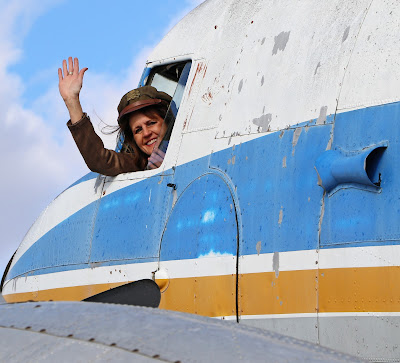 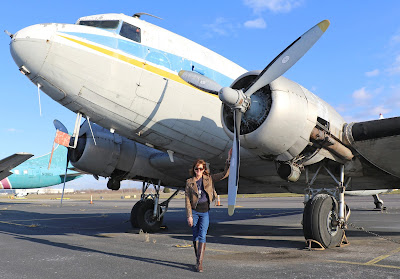 Check back soon for our next post in this series as we continue our coverage of Jenny Nunn Brawley's search for her father's World War II aircraft, and how she ultimately found it here in the Midwest!
Posted by Carmelo Turdo at 3:59 PM