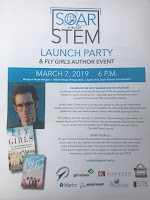 Wings of Hope hosted the kickoff event for the new Soar Into STEM program at their Spirit of St. Louis Airport facility Thursday evening. Over one hundred guests gathered in the Wings of Hope hangar to enjoy food and fellowship before the formal program. Keynote speaker for the event was Keith O'Brien, author of Fly Girls: How Five Daring Women Defied All Odds and Made Aviation History. The focus on early women aviators comes amid the current need for more women in STEM (Science, Technology, Engineering and Math) fields, especially in aviation, and the celebration of International Women's Day on Friday. 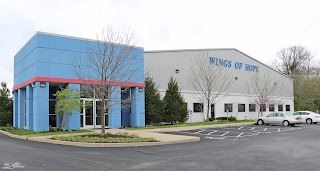 Wings of Hope is a global humanitarian charity and aviation non-profit organization. The main objectives are delivering humanitarian programs to the poor and assisting communities in gaining self-sufficiency. The original mission of providing humanitarian aid to people in developing countries using aircraft continues, and includes significant investment in programs that address health, education, economic opportunity and food security. In the U.S., Wings of Hope provides the Medical Relief and Air Transport (MAT) Program from its base in St. Louis. It was established in 2003 to provide access to life-saving health care within the Midwest to those who are unable to obtain or sustain transportation to specialty care facilities. This is accomplished using corporately-owned aircraft and volunteer pilots and medical staff. About 500 flights are provided annually in Wings of Hope aircraft or through the provision of commercial aircraft flights when practical. The MAT program is their largest single program measured by total resources committed. 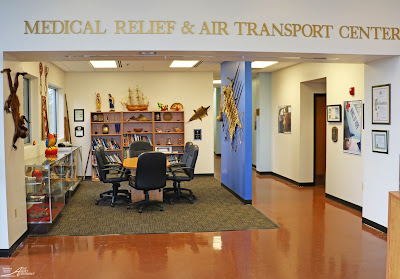 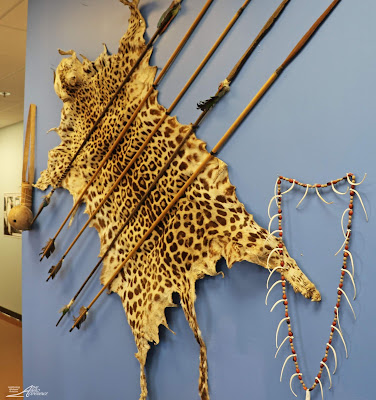 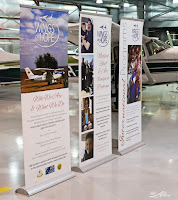 Guests arrived at Wings of Hope around 6:00 P.M. The friendly volunteers and staff welcomed all visitors and provided refreshments in the main hangar prior to the start of the formal program. Those in attendance included students from the participating Kirkwood, Jennings and Ferguson-Florissant School Districts and the Girl Scouts of Eastern Missouri. Also present were representatives of Wings of Hope Young Ambassadors, Women With Wings St. Louis Women In Aviation Chapter, Elite Aviation and other program sponsors. The aircraft featured below on display for the event will be used in the Soar Into STEM program and will afterward be deployed to Paraguay for humanitarian work. 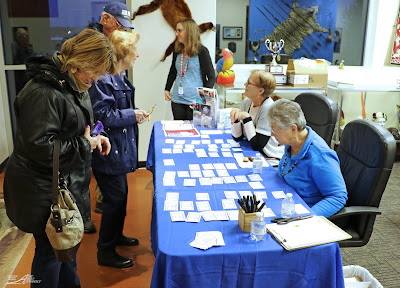 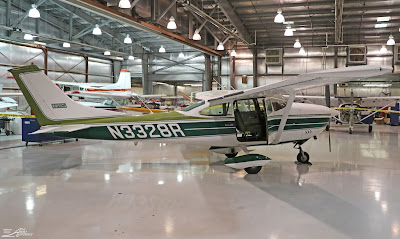 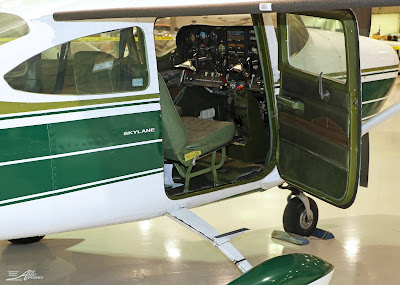 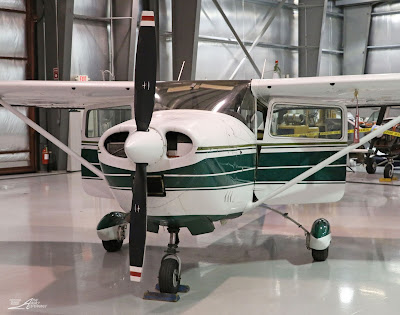 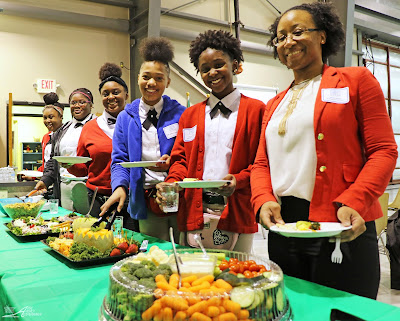 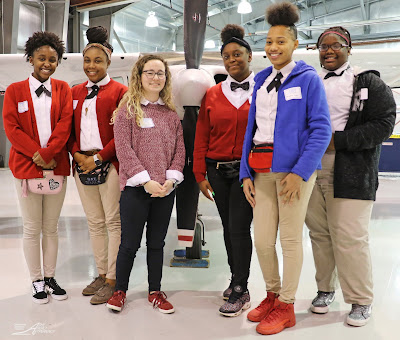 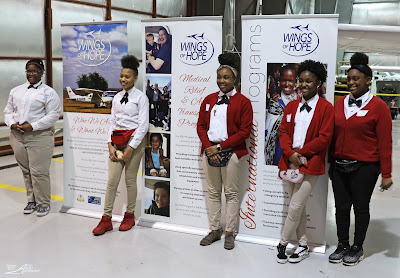 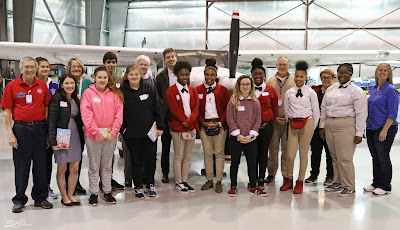 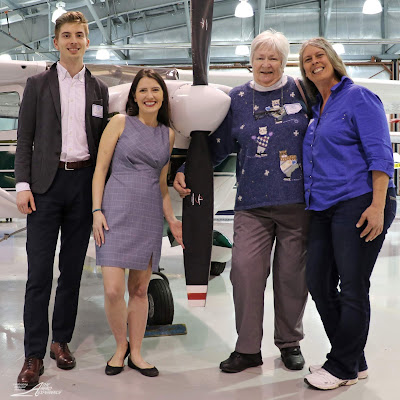 The program included introductions by Wings of Hope President and CEO, Bret Heinrich, and Director of Programs, Dr. Jessica Watson. 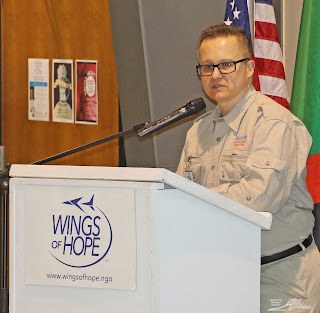 Wings of Hope began as a project by St. Louis businessmen to supply an aircraft for humanitarian work in Africa. "Four visionaries sent a plane to Kenya (for humanitarian use by a group of Catholic Nuns) and that was the first Wings of Hope airplane to be put into field service...Our keynote speaker tonight will share fascinating stories with you of how a group of great women changed the course of aviation forever." 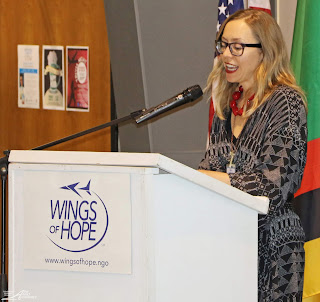 "I am so thrilled to be launching this innovative program which allows young women and students of color to explore careers in aviation!" The Soar Into STEM program will be held at the Wings of Hope facility during four Saturday sessions in April. Students will interact with aviation professionals and have mentors on site to assist during each session. Participants will also do some work preparing the aircraft mentioned above for humanitarian service. 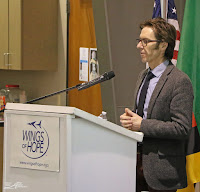 The keynote speaker for the evening was Keith O'Brien, author of Fly Girls: How Five Daring Women Defied All Odds and Made Aviation History. The book focuses on the lives of five women aviators - Amelia Earhart, Ruth Nichols, Louise Thaden, Ruth Elder and Florence Klingensmith - who were among only about a dozen licensed women pilots by the late 1920s. These women, along with others of the era, fought for recognition and acceptance in the aviation field. There is a St. Louis connection starting with the book's cover photo portraying the pilots gathered together after landing at Parks College on the East St. Louis leg of the Santa Monica to Cleveland Women's Air Derby race. O'Brien mentioned that he saw the photo on a post card and traced the image back to the archives at St. Louis University. O'Brien also related that at the conclusion of a similar presentation in another city he was shown a letter describing the scene portrayed in the cover photo:

...A man came up to me at the end of the event in the signing line and he said, "I want to  share a letter with you that my father wrote to his father in 1929." He had no idea of the significance of it, he was just saying, "My father, when he was a young man, saw these women land a plane."  And I said, "Where was your father?" and he said, "Oh, he was in St. Louis." And I started reading the letter and I realized that his father had seen this! He had seen them land! 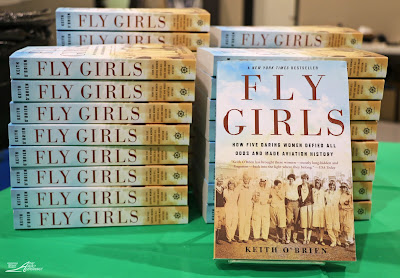 "This book, of course, is about planes. It's about aviation. And yet it's not," O'Brien continued. "I was drawn to the story that ultimately became Fly Girls because it is the story of an epic quest populated by characters who were willing to risk everything to do the thing they love, who would face adversity after adversity, entrenched discrimination and the deaths of their friends. And still they would keep flying, still they would keep going, only to triumph in the end." Opportunities for women aviators in the 1920s and 1930s were few and hard-won, and the accomplishments of these five women and others in their era made it possible for more to follow many decades later. 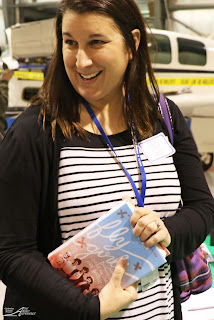 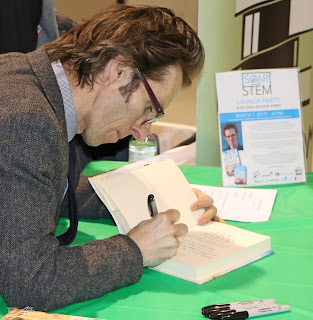 The Soar Into STEM program will be held at Wings of Hope each Saturday in April. The Aero Experience thanks everyone involved with this program, and we will have further coverage of these sessions coming next month.
Posted by Carmelo Turdo at 5:18 PM