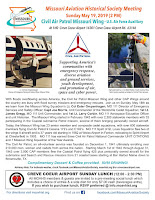 The Missouri Aviation Historical Society bimonthly meeting was held May 19 at Creve Coeur Airport. An overview of the history, mission and membership opportunities with the Civil Air Patrol was presented by members of local squadrons who regularly serve their communities and the region. The Civil Air Patrol has been more visible in recent months, flying flood surveys and assisting in disaster recovery efforts in the Midwest, so this month's briefing was especially timely and informative.

The meeting opened with the posting of the colors by cadets from the Wentzville Composite Squadron. The experienced cadets navigated their way to the front of the room and performed the ceremony with honor and professionalism. These cadets provide color guards for local events and compete for honors across the Midwest. 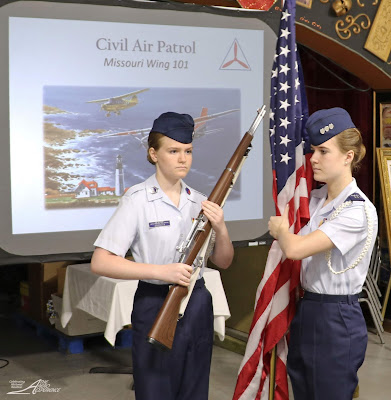 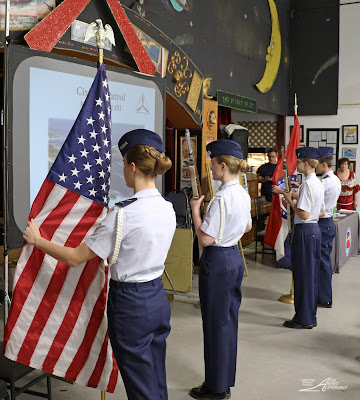 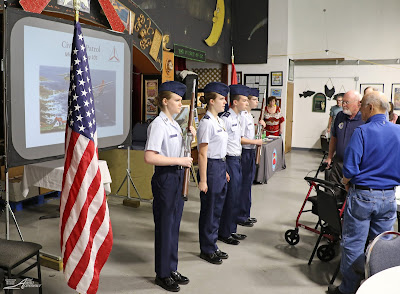 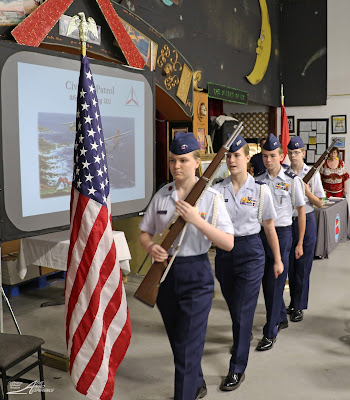 The presentation was moderated by 1Lt. Jim Gregg from the Gateway Squadron, based at Spirit of St. Louis Airport. In his opening remarks, 1Lt. Gregg stressed the core values and the importance of volunteer service in the Civil Air Patrol. 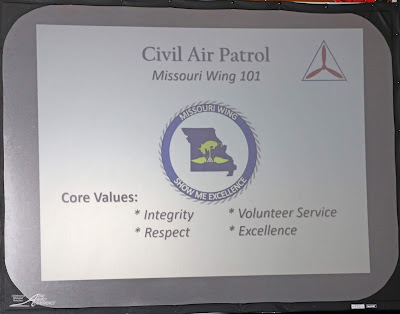 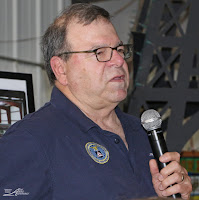 The next speaker, 1Lt. Larry Corbin, the squadron's Aerospace Education Officer and Historian, reviewed the establishment and history of the Civil Air Patrol. Born just before the Japanese attack on Pearl Harbor and other U.S. Pacific territories, the Civil Air Patrol provided a means for civilian aviators to contribute to the war effort. Initially, 423 aircraft were provided, and Civil Air Patrol crews flew about 500,000 flight hours on border patrol, coastal/submarine patrol and search and rescue missions. Ninety aircraft were lost and sixty-two Civil Air Patrol members died during their service in World War II.

The Aerospace Education program is used by the Civil Air Patrol to train its members and by local schools and community groups needing a STEM curriculum. Aerospace Education is a core part of progress through the Cadet Programs, and a visible way to interact with today's youth using the latest technology. 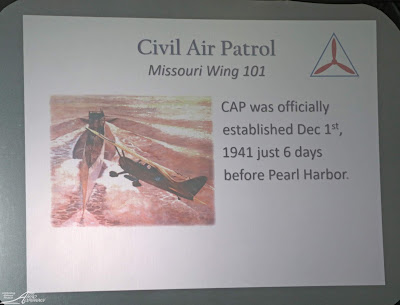 1Lt. Gregg continued with the presentation by giving some current facts and figures about the Missouri Wing of the Civil Air Patrol. Missouri has about 1,000 members in 23 squadrons. There are 10 aircraft, 23 corpoirate vehicles and over 450 radios assigned to the state. Missouri members provide over 113,000 volunteer hours of service anually, including over 1,200 hours flown by 94 pilots. 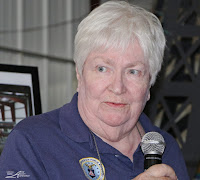 The Civil Air Patrol continues to fulfill the three mandated missions nationally: Emergency Services, Cadet Programs and Aerospace Education. Lt.Col. Esther Grupenhagen, an experienced pilot and FAA Wright Brothers Master Pilot Award winner, expounded on the Emergency Services mission. These air and ground-based operations include search and rescue, disaster relief and humanitarian services as requested by national, state or local authorities.
Tasks during these missions may include setting up command centers, aerial surveys and searches, transportation and communications support. Local units have been active this year supporting flood relief efforts in Missouri. A common occurrance is the search for an emergency locator transmitter (ELT) emitting a distress signal from an aircraft following a hard landing or while the ELT is on a shelf after removal. Civil Air Patrol units treat these signals seriously, and the search continues until the source is located and turned off. Over 600 aircraft are in the Civil Air Patrol fleet nation-wide, and many are modern with G1000-equipped cockpits. 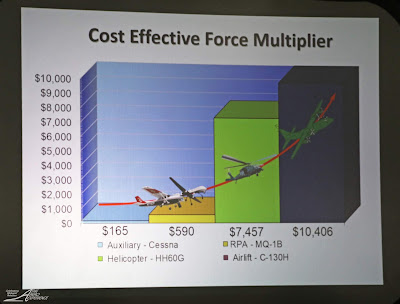 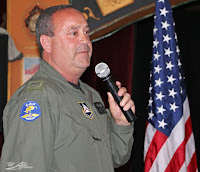 1Lt. Joe Morris, Commander of the Wentzville Composite Squadron, gave a briefing on the Cadet Programs mission. His squadron currently has 37 cadets (aged 12-18) and 15 senior members (over age 21). The Cadet Programs are designed to help youth develop leadership, physical fitness and an interst in aerospace as they progress through each program milestone in a military environment. Promotions through a military cadet rank structure are based on meeting objective criteria, and include participation in activities such as encampments, orientation flights, emergency services missions and other state, regional and national training opportunities. Participation in the Cadet Programs provides advanced placement in U.S. Air Force enlisted ranks and an advantage when applying for the service academies (10% of U.S. Air Force Academy classes are from the Civil AIr Patrol Cadet Programs). Flight training is also available during week-long camps or through flight scholarships.

The Aero Experience thanks the above Civil Air Patrol leaders for providing this presentation during the Missouri Aviation Historical Society meeting. The Civil AIr Patrol has made significant progress in training and equipping members for their mission since my time as a cadet in the 1980s! 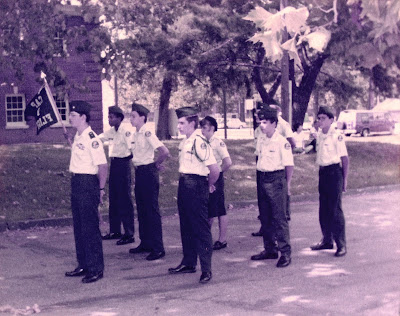 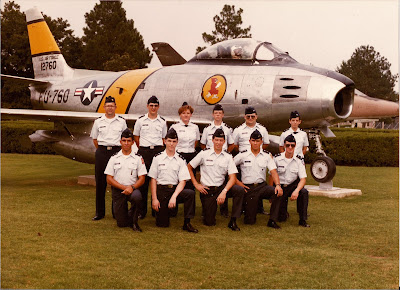 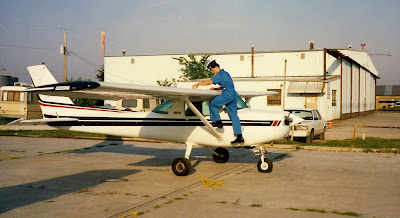 Posted by Carmelo Turdo at 9:29 AM