Guest Post: The Aero Experience thanks our friend Duane Cooley of DRC Images for contributing this coverage of the Quad City Airshow held last weekend:

The Quad City Airshow was held June 29 and 30. The U.S. Navy Blue Angels Flight Demonstration Squadron arrived in style on June 27th. They flew practice shows on the 27th and 28th, and performances on the 29th and 30th. It was hot and humid, but the show was a real thrill with a huge crowd. 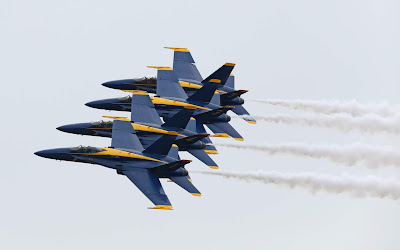 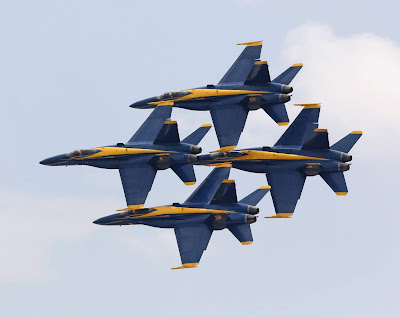 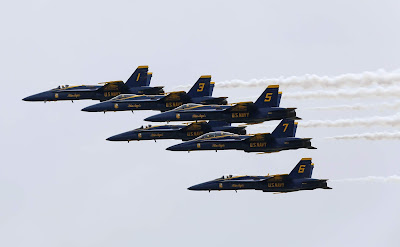 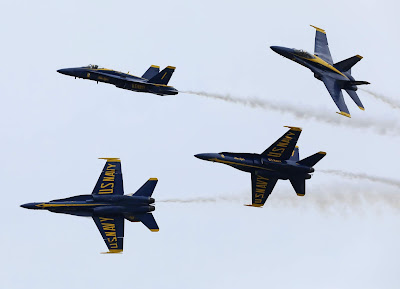 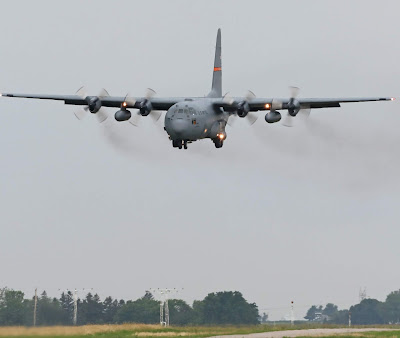 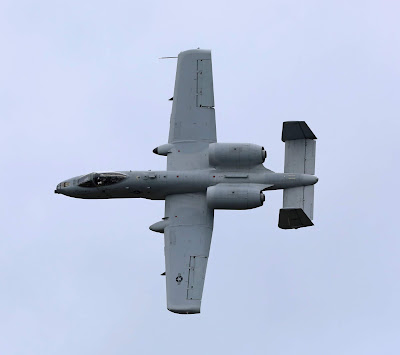 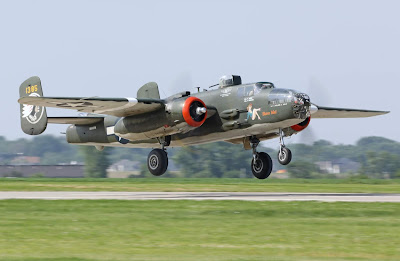 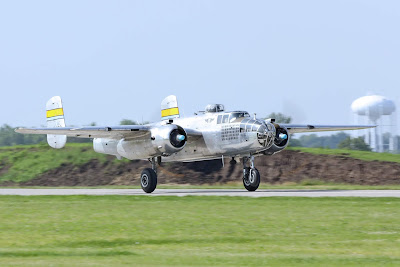 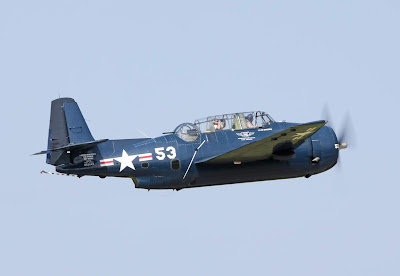 More warbird action was provided by the Class of '45 formation flight by Scott Yoak in the P-51D Mustang, Quick Silver, and Jim Tobul in the F-4U-4 Corsair, Korean War Hero. The two warbirds flew in close formation, then split up for individual demonstration passes. 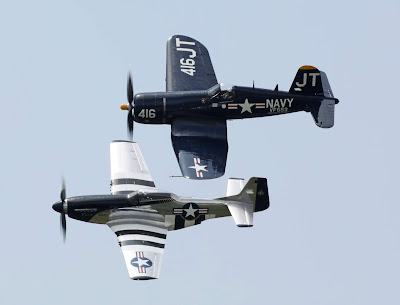 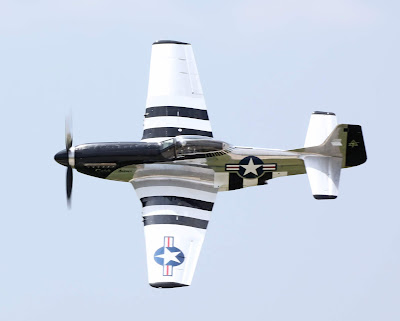 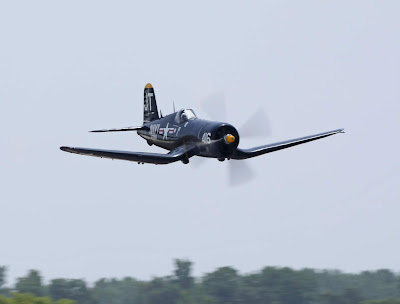 The Legacy Flight was flown by Jim Tobul in the Corsair, Korean War Hero, mentioned above, and a U.S. Navy T-45C jet trainer from NAS Pensacola, Florida. The Legacy Flight, similar to the USAF's Heritage Flight, features close formation flying with a WWII warbird and a modern jet. 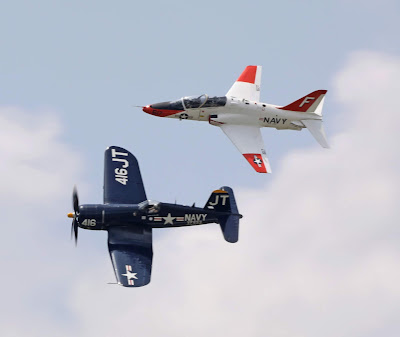 The popular Aeroshell Aerobatic Team flew precise formation in their four AT-6 Texans. 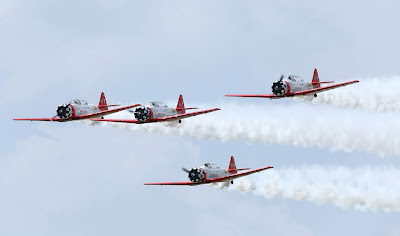 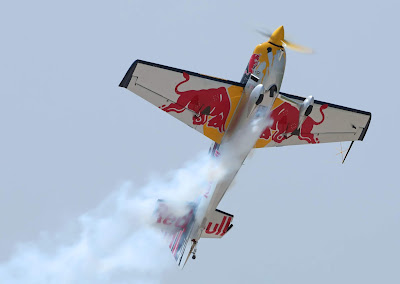 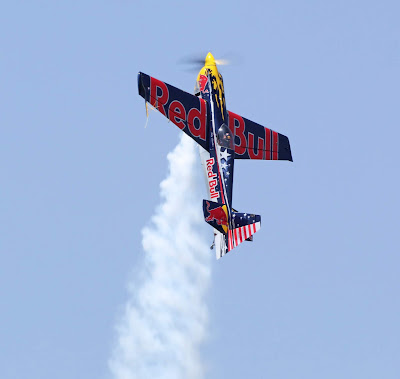 The Aero Experience thanks our friend Duane Cooley of DRC Images for contributing his coverage of the Quad City Airshow.
Posted by Carmelo Turdo at 12:26 PM