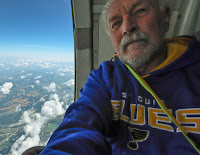 Fair St. Louis offered two airshows on Saturday, July 6, and I accompanied the U.S. Army Golden Knights Black Team on their Fokker C-31A Troopship for both jump flights. In this photo essay, I take a brief look at the flight from the Jet Aviation apron at St. Louis Downtown Airport to a bulls-eye landing on the Gateway Arch grounds (shot from a previous airshow this week).
The Black Team members and air crew were a pleasure to cover, and their camaraderie and professionalism can be clearly seen. They welcome media coverage, with about half of the team engaging the media during the flight while others were all business. Just prior to jump, they "Gimme five, then knuckles" to each passenger. They love what they do, probably would do it for free. Loved flying with my U.S. Army Brothers (and sister!). Best wishes to one of our flight crew, CW4 Felicia Marlow, on her upcoming retirement.

In the photos below are views of the pre-flight activities, circling the drop zone, Black Team Drop Zone Safety Officer SFC Jesse Robbins saluting as he departs the aircraft, and the landing at the Gateway Arch grounds. 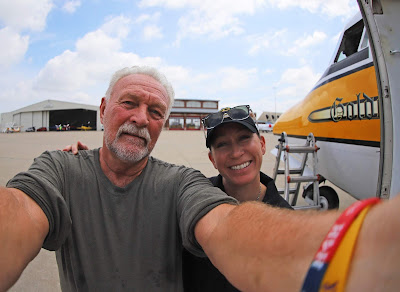 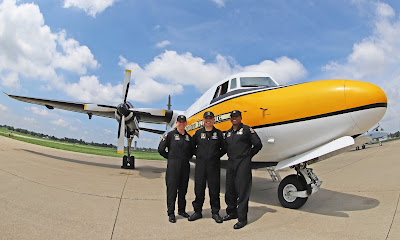 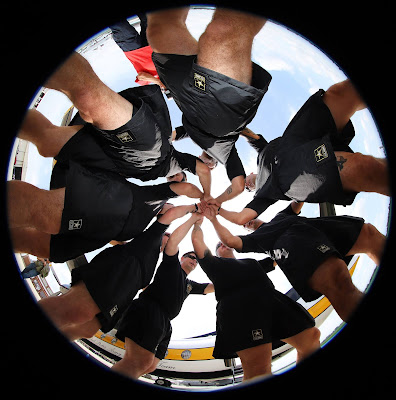 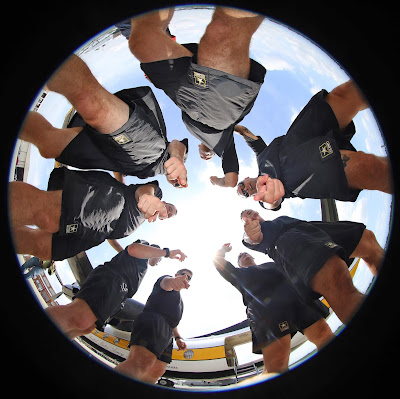 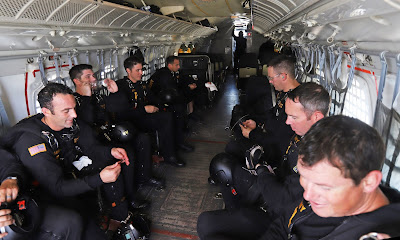 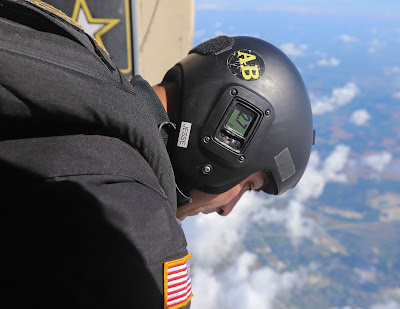 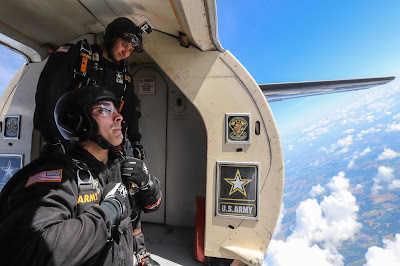 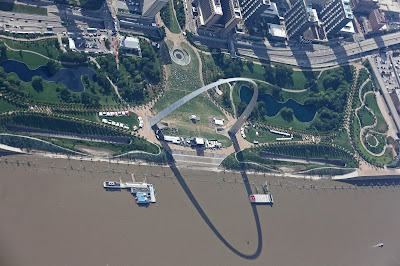 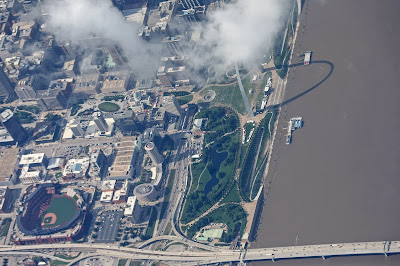 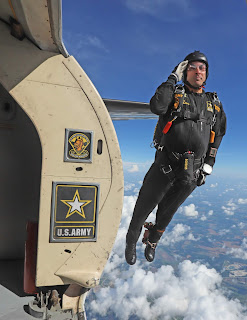 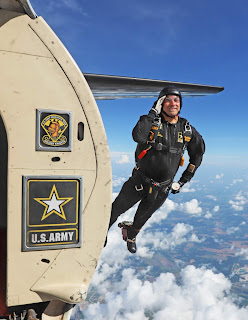 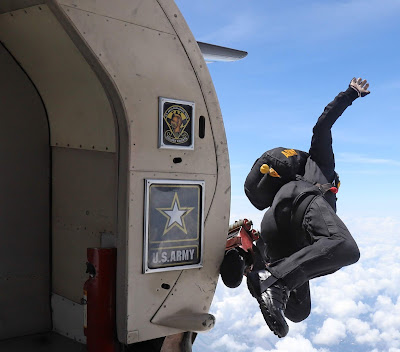 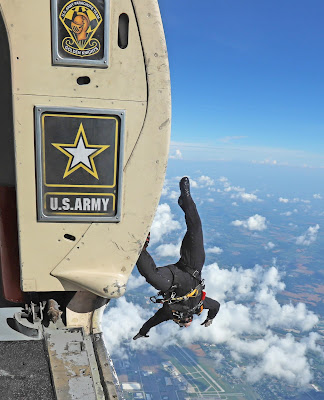 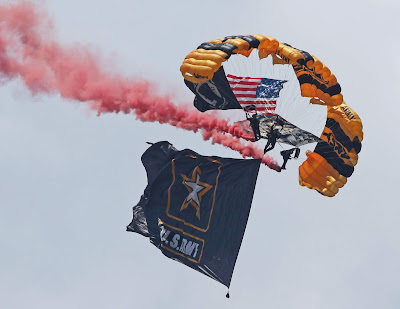 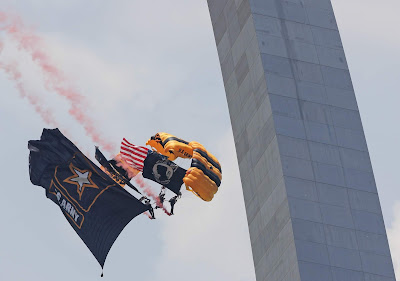 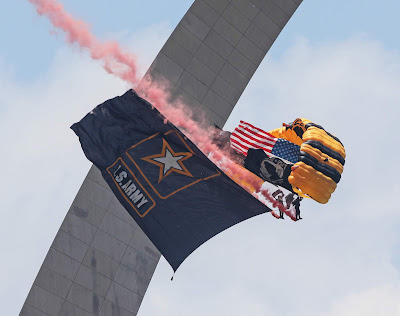 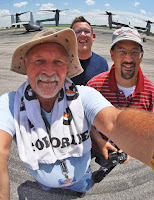 Posted by Carmelo Turdo at 2:27 PM