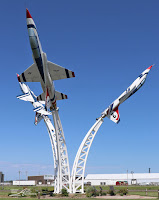 During a visit with family in Minnesota, I stopped at the Owatonna Degner Regional Airport. The airport has a distinctive display that you cannot miss seeing as you drive by on I-35 - a trio of Northrop T-38As dressed in Thunderbirds markings positioned as if they are in the midst of a bomb burst during an airshow. The display has been at the airport since 2006 when they were moved to their present location from the now closed Heritage Halls Museum previously located north of the airport.

We also had the opportunity to photograph a few other aircraft on the apron. There was a Thrush 510P that was in the area to spray the corn and soybean crops with fungicides. Fungus is a concern this time of year for crops where wet conditions allow fungus to flourish. While taking these photos, we could see a helicopter spraying fields well off to the west but it was never close enough to photograph. Also on the apron was this Cessna 185 on Aerocet amphibious floats. In the "Land of 10,000 Lakes," this set up would be a lot of fun to have! 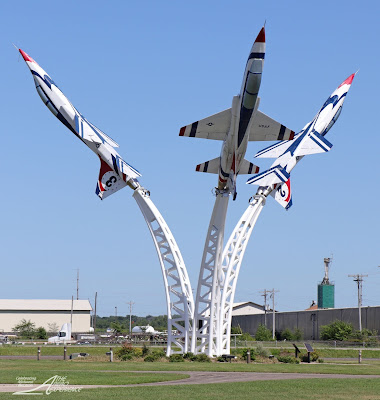 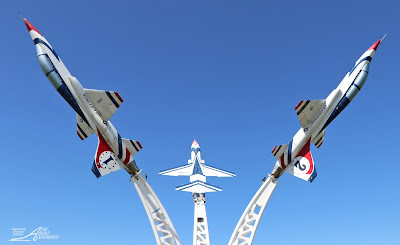 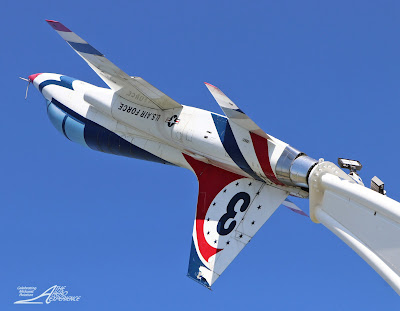 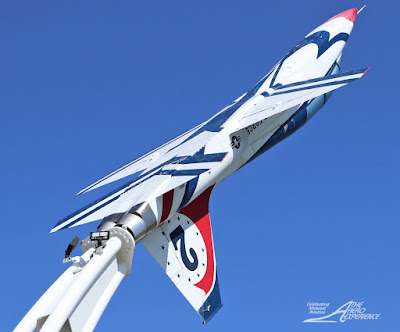 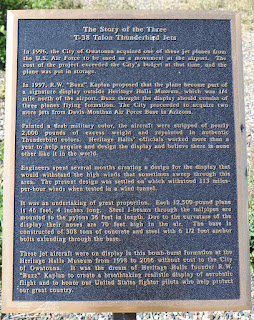 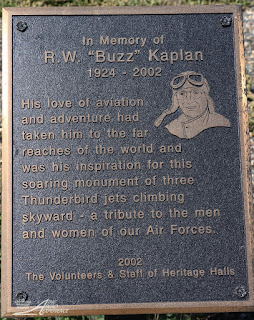 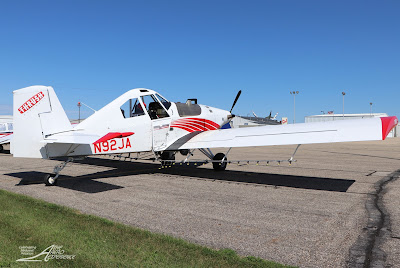 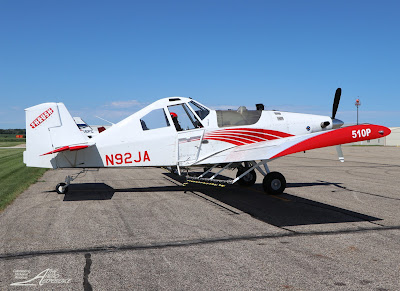 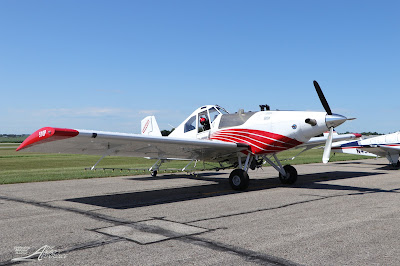 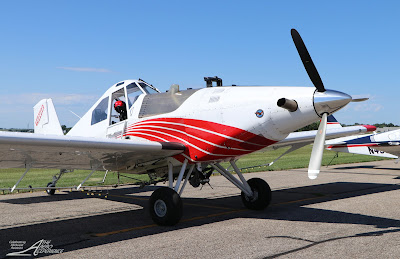 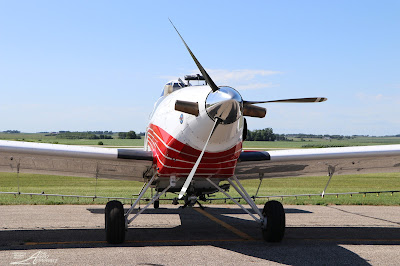 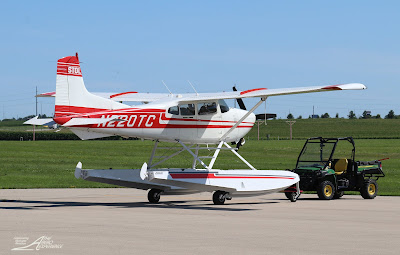 Posted by Carmelo Turdo at 9:32 AM

Very Nice! Thanks for sharing