Zenith Aircraft In Mexico, MO To Have High Representation at EAA AirVenture 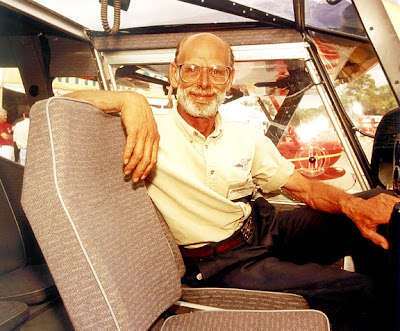 Designer Chris Heintz - Zenith Aircraft Photo
EAA Press Release:
﻿Likely the largest gathering of Zenith aircraft owners and builders ever assembled will convene on Oshkosh at AirVenture 2011 to celebrate company's various models of airplanes and the man who created them. Over the years, Chris Heintz has introduced more than a dozen successful kit aircraft designs, including the STOL CH 701, Zodiac CH 601, CH 650 LS and LSi, STOL CH 801, Zodiac XL, STOL CH 750 light-sport utility kit airplane, and CH 2000.
"Zeniths to Oshkosh" is a grassroots effort created through various Internet groups involving owners and enthusiasts from around the world. Zeniths to Oshkosh organizers have reserved an entire floor of dorm rooms at UW-Oshkosh's Gruenhagen Conference Center - there's already a waiting list established for those - and they're also arranging private housing for other participants. Attendees are coming from as far away as Australia and New Zealand, said Joe Scheibinger, 601 builder/owner from Oshkosh. "An Army Major serving his country in Afghanistan is even planning to come to Oshkosh on his leave," he said.
Fifty aircraft parking spaces have been reserved in the Homebuilts area, and they're expected to be filled, with about 25 owners already reserving a spot. "It looks like getting 50 Zeniths to Oshkosh will be a lot easier than I thought," Scheibinger said, adding that Zenith owners who bring their airplanes to Oshkosh will receive a commemorative presentation plaque.
Monday will be designated Chris Heintz Day and will include a special recognition event on the West Ramp with examples of Heintz-designed aircraft followed by showcase flights. Other events during the week will include forum presentations on the various Zenith models, an address by Chris Heintz at the Homebuilders Hangar, and a banquet. Planning for these events is ongoing and will be announced when finalized.
For more information, e-mail Scheibinger or call 920-237-1450.
Posted by Carmelo Turdo at 7:51 AM