Thanks for the Memories, 178th FW of the Ohio ANG!

In July of 2008 my family and I traveled back to Cleveland, OH, where I grew up, to visit my family as we had not been there since 2005. It's a long trip on I-70, but the anticipation of seeing the road signs, such as: USAF Museum Next Exit or Springfield Beckley Municipal Airport 1 Mile, made the drive seem a little shorter. The excitement of the first sign is probably obvious to those who love aviation, but you may be questioning the excitement at seeing the second sign. I'll explain.
Growing up in Cleveland, I lived three miles from Cleveland Hopkins International Airport.  In the summer, the airliners at times sounded like they were coming into our house as they departed eastward to their destinations.  You would see airliner after airliner arriving and departing. I got used to the sounds of airliners day after day, but it didn't stop me from looking at every one that flew over. The only time this changed was Labor Day weekend, when the Cleveland National Airshow was in town, and you didn't know what you might see. It was during this time in the late '80's that I received 4 free tickets to the airshow.  Normally, my father wouldn't have gone to an event so crowded with people to see something he wasn't really that interested in, but seeing as the tickets were free and he knew I LOVED airplanes, he took me and my older brother down to the show. While we were there we found out the Thunderbirds would not be there until Sunday due to a prior commitment, so they had four A-7D Corsairs from the Ohio Air National Guard fly a mock attack display. It was at that time I knew I had to find out from where these airplanes came.  So after a little searching, I found out they were based in Springfield, OH.
Fast forward to 1996, I'm 21 years old and I bought my first vehicle - a brand new Ford Ranger which I am still driving.  This was the vehicle that took me to this magical place I couldn't get to, and never knew existed, until I saw those Corsairs.  I learned from watching the Dayton Air Show on TV in 1994 that the OANG's 178th FW transitioned from the A-7D to the F-16C Fighting Falcon. This excited me even more as I really loved the F-16's speed and power. Springfield, OH is about three hours south of Cleveland, which doesn't seem too far now but back then it seemed like it was a transatlantic journey.  I waited until late fall to go there, as summer was airshow and fishing season.  Fall in Cleveland can be very cold, with little in the way of interesting aviation events, so it was the perfect time to burn some gas even if I didn't see much. (Remember, gas at that time was $0.99 a gallon).  My sister drove along with me on most of my aviation adventures as she loved the pilots' great flying skills...it had nothing to do with the Top Gun stigma and the pilots looks. We made it down there on a gray cold, windy day not expecting to see anything.  Then over the scanner comes a transmission that a C-141 was inbound. This shocked us, as this airport looked way too small for something that big to land.   But sure enough there he was. Then we waited and waited and waited.  It took about two hours, but then the scanner was alive again: four F-16's inbound. We jumped out of my truck to listen, video camera in hand and right over the top of us at about 100' were the four F-16s in a fingertip formation break to land. We stayed a couple more hours, and then left before sundown without seeing anything else.  We did this several more times every year with varied results until I moved to Missouri in 2001.
Now, it's 2008 and we're heading down the same highway on a hot July morning.  My wife agreed that we could stop for a little while at Springfield Beckley Municipal Airport so I could share with her and my son something that was so fun for me growing up. As we make our way past the airport, the beautiful birds are lined up right where they always were.  An A-7D was on a pedestal outside of the ANG entrance, and we pull into the airport parking lot which now has a fence.  After sitting for a while and not seeing anything, I decided to go into the terminal and ask if anything was going to fly. The nice lady at the desk gave me some news that delayed my trip to see my family by three hours. She explained that the OANG is now training with the Royal Netherlands Air Force, and they would be flying in about a half hour. They would fly for two hours and then debrief for an hour before going up again. This would be done morning until evening every day until January, at which time they would start their night training.

So, I headed to the fence, Minolta Maxxum 7D with 500mm lens in hand and a  scanner on my belt. My wife and son went to sit on a picnic table under a tree as it was already 85 degrees with about 200 percent humidity.  In exactly 30 minutes, the scanner came alive and the sound of jet engines filled the countryside around the airport. Hearing the Dutch accents on the scanner, and listening to the cooperation between the pilots was very cool. The first planes that were visible were the familiar F-16's of the 178th with the Panther on the tail and the designation OH. Then the Netherlands F-16's taxi by with the Eagle head on their tail and their flag on the fuselage. They made their way down to the end of the runway, and were then airborne with afterburner blazing in the hot morning sun over the quiet country town of Springfield, OH - at least it was a quiet country town. This went on several more times until there were about eight F-16's in the air. Things got quiet for a while as they went to the designated airspace to fly their maneuvers, but shortly they were on there way back for some great low approaches before landing. After passing by me, some pilots waving and others concentrating on what they were doing, it was time to debrief and time for us to get back on the road for the three hour drive to see my family.  But in a way it was like I had just seen some of them. 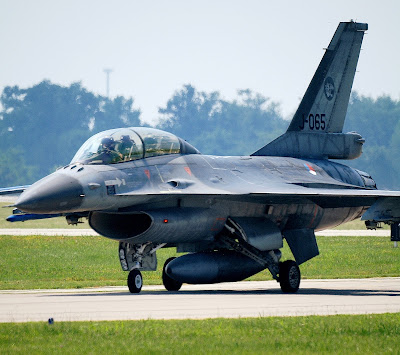 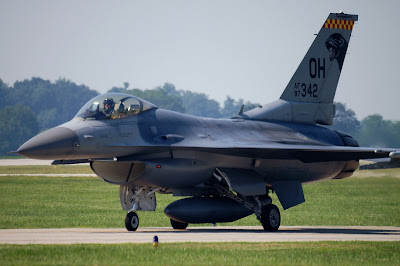 16 Dutch pilots arrived in Springfield in May of 2007 to train with U.S. pilots, as the airspace and weather there is similar to that in the Netherlands.  (Until that time Dutch pilots trained at Woensdrecht, Netherlands). Training ended in 2010 as part of the DOD Base Realignment and Closure Process. The pilots and planes of the RNAF then went to Tucson, AZ, to train with the AZANG when they left Ohio.  Currently, the OANG 178th FW is now the 178 ISRW, (Intelligence, Reconnaissance, Mission Support, Medical Group) which flies and supports the MQ-1B Predator UAV program flying missions. 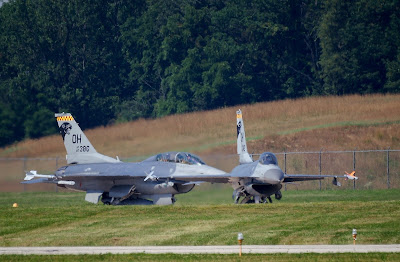 For me it was a terrible thing to hear that the F-16's are no longer in Springfield, as I think of the kids who like myself who were awe-struck by the sight and sound of a jet aircraft taking to the sky and pulling straight up into the wild blue yonder, unable to be held back by gravity only if just for an hour or so. Just as I felt like a piece of me was in every plane I watched and took pictures of, it as if a piece of me was taken when I read that the F-16's are now gone. Thanks for the memories 178th FW of the OANG! 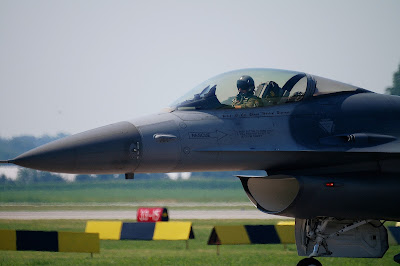 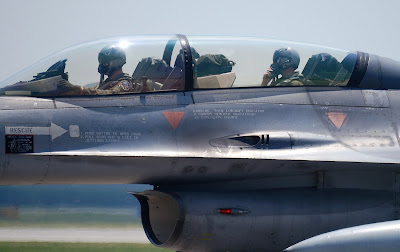 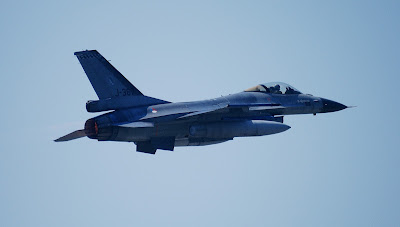 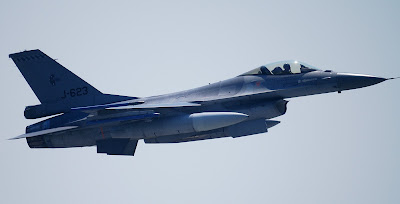 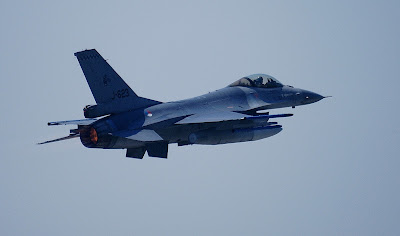