The Eclipse Aerospace EA500 Very Light Jet (VLJ) is in the spotlight this weekend at Spirit of St. Louis Airport in Chesterfield.  The aircraft, flown by President of Global Services Ken Ross, arrived Friday morning for viewing at the monthly Greater St. Louis Business Aviation Association (GSLBAA) meeting.  The jet will be available for an Eclipse Jet Experience Aircraft Flight Demonstration through Sunday.  Mike Press, Executive Vice President and co-founder of Eclipse Aerospace, and David Coleman, North Central Regional Sales Executive, were also present at Friday's GSLBAA meeting to introduce the jet and discuss its performance with members and guests gathered in the immaculate Monsanto Corporate Aviation hangar.

Following the aircraft viewing session, Mr. Ross discussed the great progress achieved by Eclipse Aerospace since its rebirth in September 2009.  The EA500, which essentially launched the VLJ class of aircraft, has since been produced as the Total Eclipse from previously unsold production kits.  The new production model, the EA550, will be available later this year and will include upgrades to the integrated flight management system, the addition of synthetic vision and enhanced vision navigation capabilities, and other internal enhancements.  The basic performance of the Eclipse EA550 will mirror its predecessor: flying up to 5 passengers and crew 375kts. at  41,000 feet, using about 55 gallons of fuel/hour for a 1,000nm flight.  There are bigger business jets, and there are many that fly faster or farther, but the EA550 will be the leader in its class with a modern support network around the world.  Mr. Press added that Eclipse Aerospace will respond to an expected Request For Proposals from the U.S. Air Force for a replacement for the current fleet of T-1 Jayhawk training jets.  Press estimated that the EA550 would save the U.S. Air Force 9 million gallons of fuel, or nearly $50,000,000 per year in fuel and maintenance costs over the current aircraft fleet.
(The Aero Experience will provide a series of posts covering the return of Eclipse Aerospace to the VLJ market leading up to the certification of the EA550 later this year).

Here are some more images from today's GSLBAA aircraft viewing: 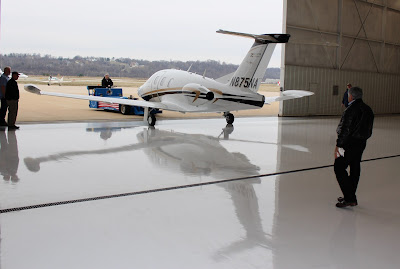 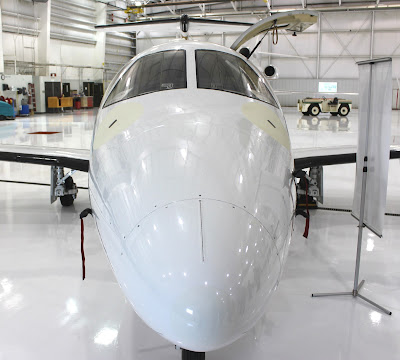 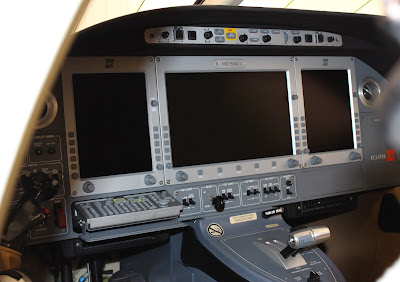 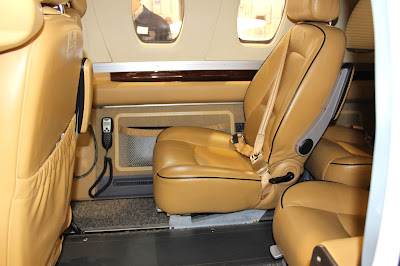 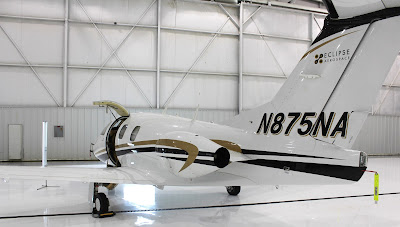 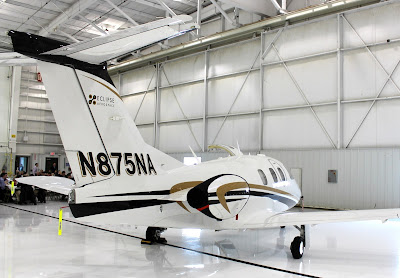 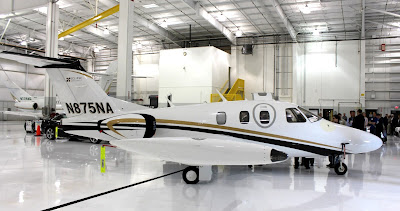 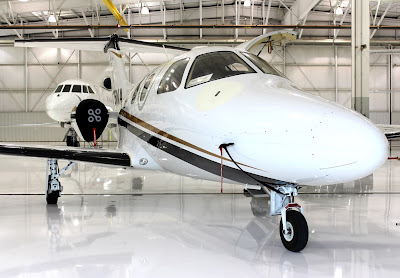 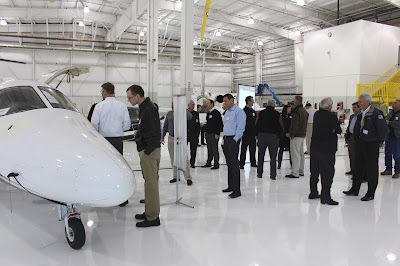 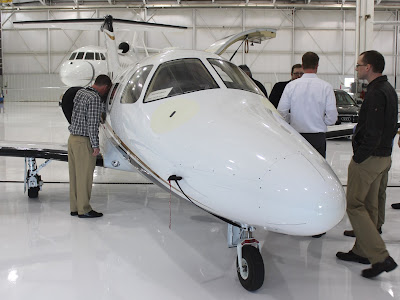 Special thanks to the Greater St. Louis Business Aviation Association, Monsanto Corporate Aviation, Eclipse Aerospace and Spirit of St. Louis Airport for producing this event.
Posted by Carmelo Turdo at 1:24 AM