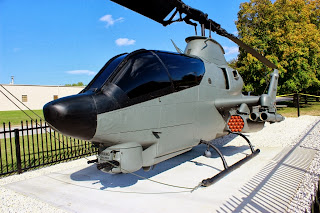 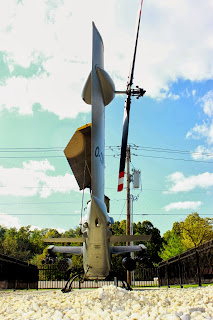 VFW Post 1831 in DeSoto, MO recently received U.S. Army AH-1G Cobra helicopter for display in honor of military veterans.  After a five-year process of requests and preparations, volunteers from the post placed the Cobra, still with its well-worn exterior, on its pad August 10.    It is now wearing additional standard markings.  The Aero Experience spoke with Post Commander, Sam McElya, recently during an initial photo shoot of the Cobra.  McElya, a UH-1 "Huey" mechanic during the Vietnam War, was very pleased that the Cobra has finally arrived.  He recalled times when he was riding in a "Huey" at 130 knots, and the Cobras would pass him at about 170 knots on their way to giving some cover fire to the grunts in battle on the ground.
The Cobra at VFW Post 1831 has received its new paint scheme and unit markings: 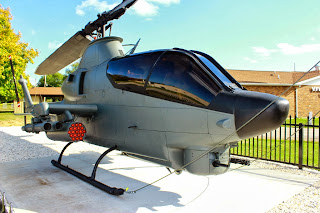 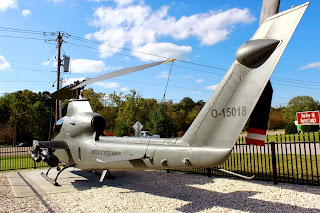 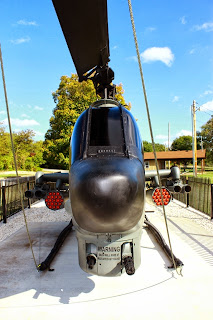 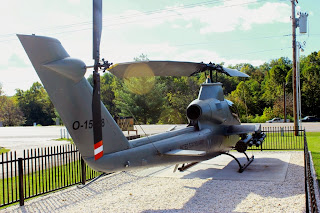 Posted by Carmelo Turdo at 7:30 PM