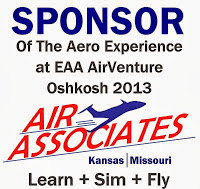 The Aero Experience resumes its review of EAA AirVenture Oshkosh 2013 by revisiting the Redbird Flight Simulations exhibit.  Redbird Flight Simulations is one of the leading producers of flight simulation equipment with over 300 units in use worldwide, with two of those units in service with the sponsors of our EAA AirVenture Oshkosh 2013 series, Air Associates of Missouri and Air Associates of Kansas.


The exhibit on the main grounds included FMX and MX2 full-motion flight simulators and several Jay console units.  Another FMX simulator was set up in the Learn to Fly Center for the Society of Aviation and Flight Educators (SAFE) Pilot Proficiency Project exhibit.  There was continuous demand for access to each flight simulator, formally known as an Advanced Aviation Training Device, as evidenced by groups of visitors huddled near each one and lines forming near each exhibit entrance.  Observers were captivated by the realism of the flight experience as the simulator moved about on the pilot's command:


The FMX multi-role unit can accommodate two crew members and be configured for several aircraft types representing a typical training fleet.  The MX2 single-seat simulator can also represent several aircraft types at a fraction of the cost and space requirements of the dual-seat counterparts.  And for the "right out of the box" flight experience, the Jay line of tabletop flight simulators is the answer.  There are also several other stationary models that offer a realistic training environment in almost any facility.
The Aero Experience arrived at EAA AirVenture Oshkosh 2013 as the Redbird Flight Simulations exhibit was being constructed, and the scene at the exhibit tent looked like this: 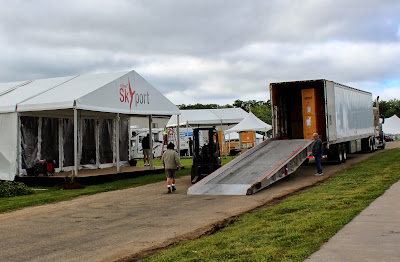 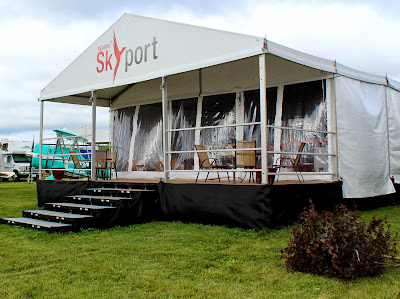 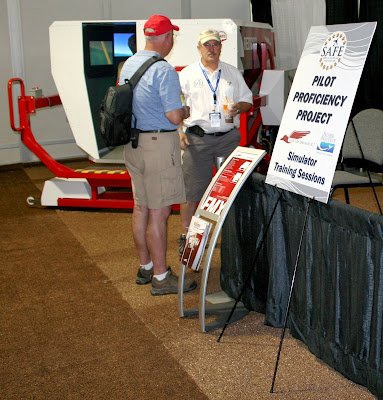 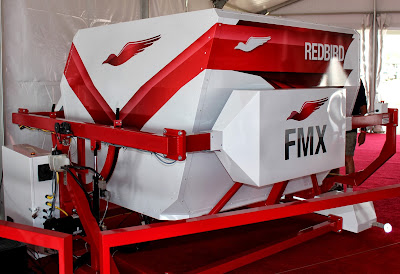 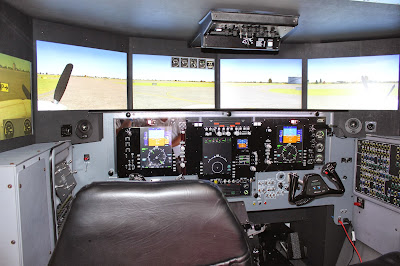 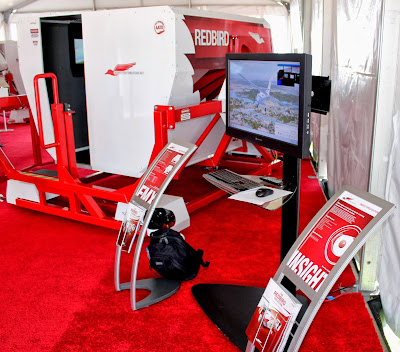 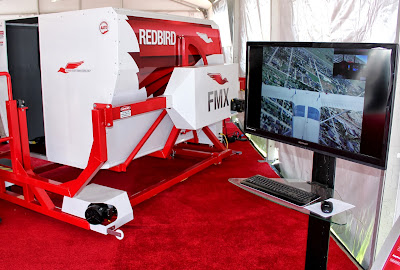 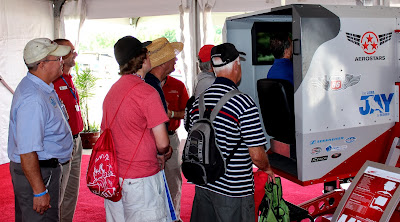 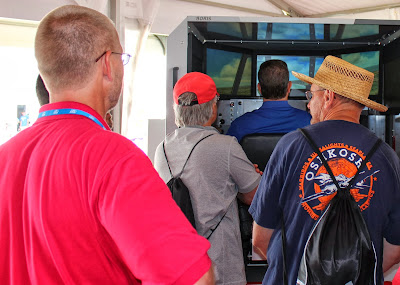 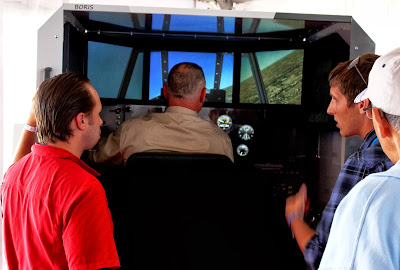 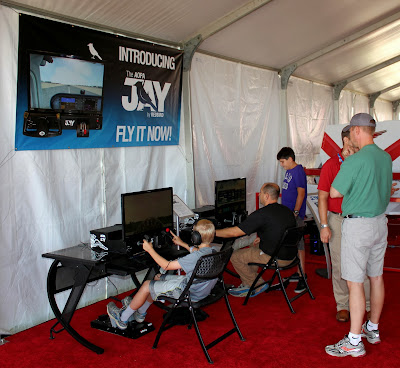 Air Associates of Missouri employs one of only thirteen Redbird MCX models in operation.  The MCX is the most advanced and versatile Redbird device available, and it can be used as part of the comprehensive training program offered at the St. Louis-based Cessna Pilot Center: 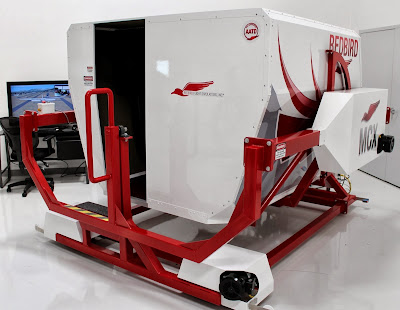 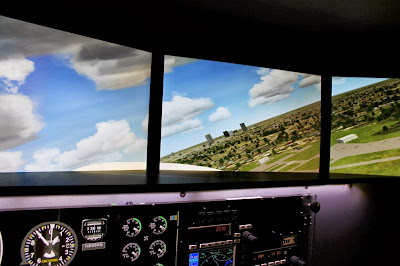