The Greater St. Louis Air & Space Museum, located in historic Curtiss-Wright Hangar 2 at St. Louis Downtown Airport, recently hosted a 103rd birthday celebration Sunday for local aviation legend Carl "Chub" Wheeler.  Family and friends gathered to commemorate his life and an aviation career that spanned nearly 70 years.  Mark and Elaine Harter flew in their 1937 Waco YKS-7 cabin biplane especially for the occasion.  Mark Harter earned his tail-wheel endorsement from none other than "Chub" Wheeler himself in the 1980s.  Wheeler, a Founder and Life Member of the museum, took his first airplane ride in 1930 at Curtiss-Steinberg Airport (now called St. Louis Downtown Airport, where the museum is located) and soloed in a Curtiss Robin in 1935.  During his aviation career, "Chub" Wheeler instructed new flight students at Parks Air College during World War II, managed Curtiss-Steinberg Airport in 1946-1947, flew corporate DC-3s for several St. Louis businesses, and flew for the Defense Mapping Agency in the 1950s.  He continued to fly until the age of 92, and owned a number of aircraft. 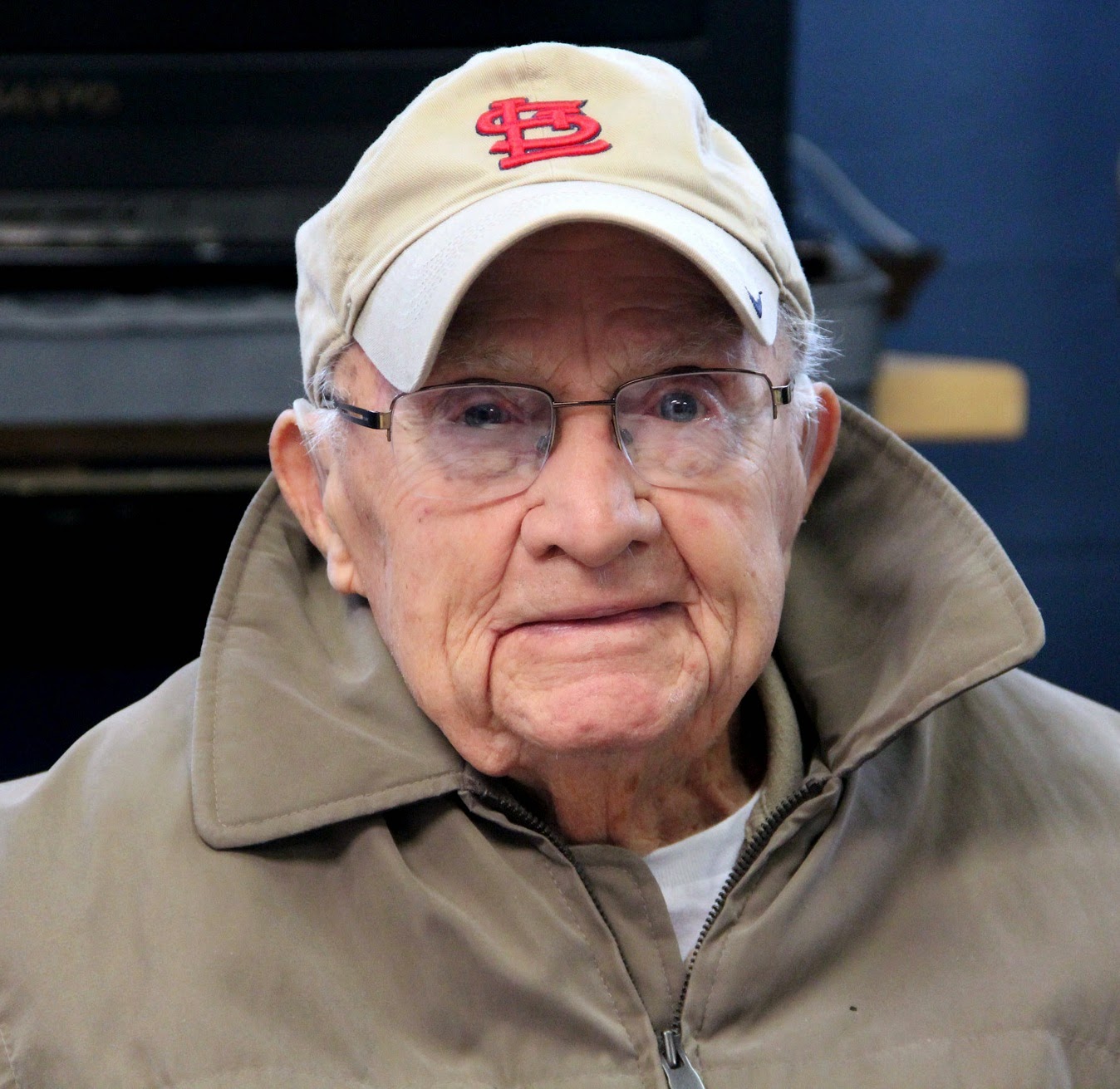 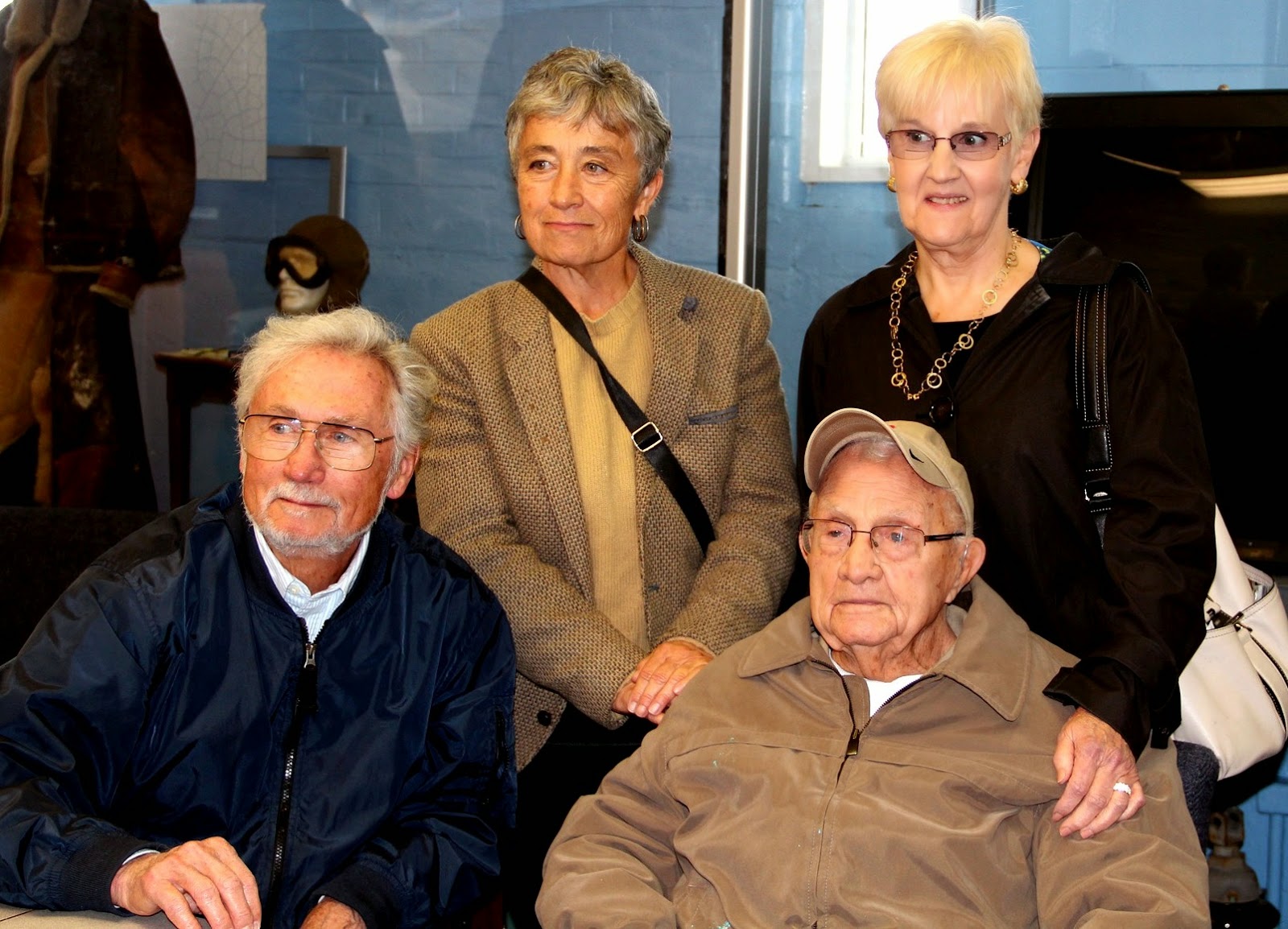 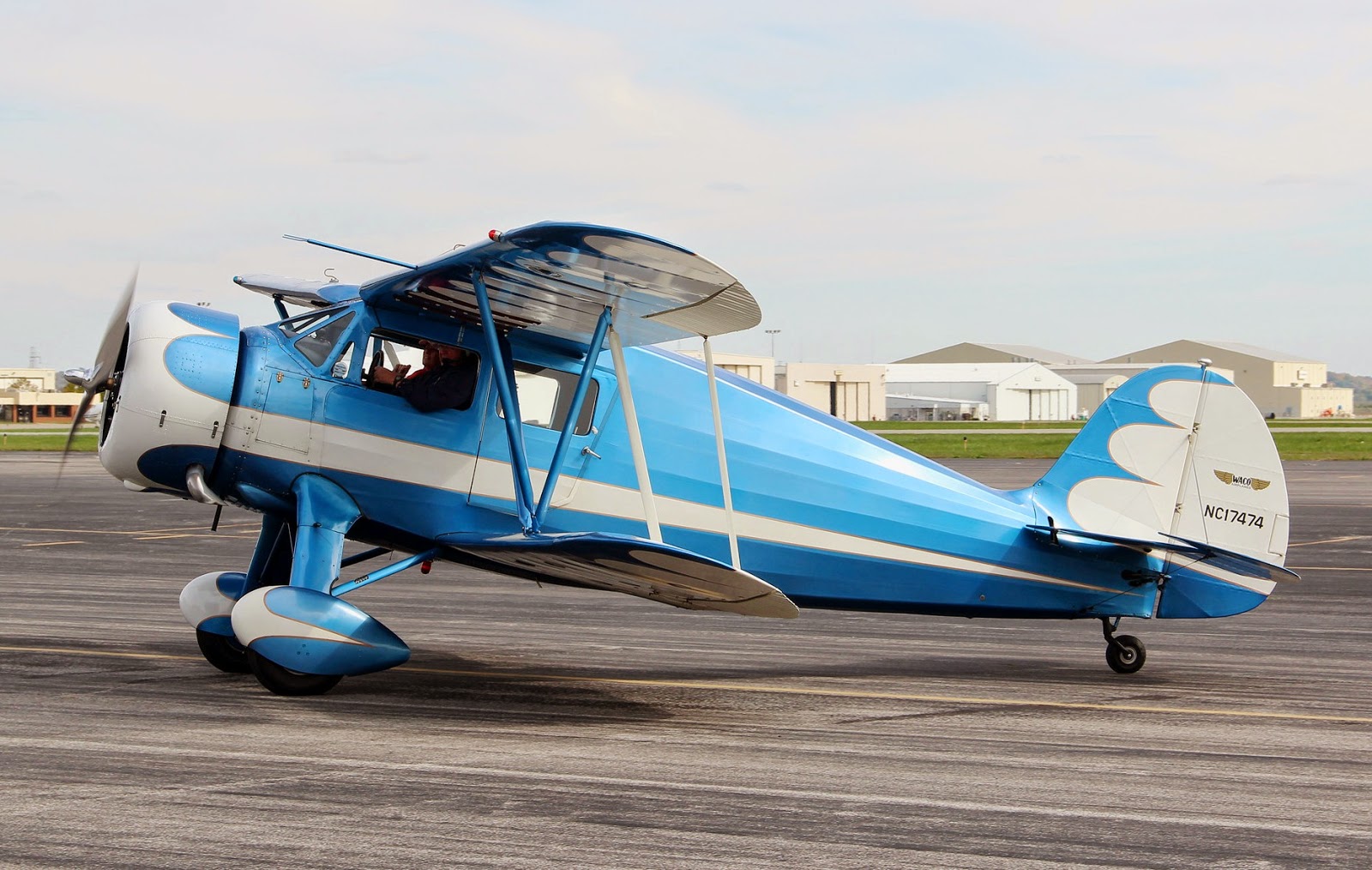 
- Moved to East St. Louis, IL (Chub’s father was a railroad engineer with the M&O) after the 1925 Tri-State Tornado nearly destroyed all of Murphysboro, IL, killing 450 people there.


- On September 1, 1930, Chub takes his first airplane ride at Curtiss-Steinberg Airport.  A pilot named Giggs took Chub up for a 10 minute ride, reaching at one point an altitude of 2,000 feet in a Travel Air 2000, C9986.  Chub still has that ticket in his possession.

- Once in high school, Chub would walk to Parks (3 miles from his home) and Curtiss Steinberg to see the aircraft and with frequent visits, came to be accepted at the airports and was able to freely roam the airports and hangars.  All the visits and time spent at the airports led to Chub being hired as a line boy at Curtiss-Steinberg, making $14/week servicing aircraft such as Union Electric’s Ford Trimotor.  His work there led to a friendship with Earl Hayden who in turn taught Chub to fly in Earl’s OX-5 powered Curtiss Robin (NC341K), soloing on September 2, 1935 and earning his pilot’s license on October 6, 1935 (Pilot Certificate #34908).  In his first year of flying, he had a total time of 81 hours.  Later, after taking a job at Mobil Oil, Chub saved enough money to buy the Curtiss Robin from Earl for $450.00. 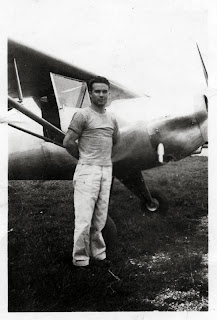 
- Chub and partner Bill Hart set up a flying school at Curtiss-Steinberg and used the Curtiss Robin to offer flying lessons during weekends (while continuing to work at Mobil Oil during the week), putting 400 hours on the Robin before selling it in 1939 to purchase a Luscombe 8F.  In May, 1939, Chub had 555:15 hour total flying time, earned his ATP rating by 1940 and by May, 1941, had a total of 1,617:45 hours in his logbooks.


- In 1940, Chub and Bill Hart move their flying school to Lakeside Airport (near Collinsville, Illinois) when Parks Air College expanded its pilot training to Curtiss-Steinberg Airport as part of the expansion of the Civilian Pilot Training Program (CPTP), which was created in response to the impending war in Europe.  Before long, Chub closed his flying school and went to work at Parks Air College as a flight instructor.  Over 37,000 cadets passed through the program at Parks operated facilities, including Curtiss-Steinberg, with 24,000 becoming commissioned pilots during the war. 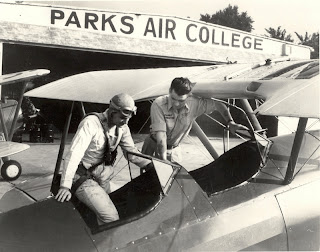 - With the declaration of war after the attack at Pearl Harbor, Chub, as a civilian instructor, was drafted into the Army Reserves.  This was done by the military to keep the civilian instructors from leaving to join the Army Air Corps and going off to the war fronts.  Their assigned rank was one rank above the students they were instructing.  Post war, their inactive reserve status kept them from receiving any of the benefits provided to active duty military personnel.

-  Chub was a primary flight instructor throughout the war and served at all four of Parks Air College flight schools during the war, at the end of the war being responsible for operating the flight school at Cape Girardeau, MO. Aircraft types he flew for training were the PT-13, PT-17, PT-19 and PT-23.  Chub was flight leader for the “Thunderbolts” which was a demonstration team showing off the capabilities of the flight trainers being used at the time.


- After the war was over, Chub came back to East St. Louis to become the Airport Manager at Curtiss-Steinberg (later called Parks-Metropolitan) Airport during 1946 and 1947.


- Chub became a corporate pilot in 1948, first with the Monsanto Company flying Douglas DC-3s and Beech D-18s for the President of the Board of Directors.  After Monsanto downsized their staffing, Chub went to work for Peabody Coal flying DC-3s and later, worked for the St. Louis Post-Dispatch flying the DC-3 there as well.  When the Post-Dispatch transitioned to new equipment in the late ‘50s, Chub retired from corporate flying and went to work for the Defense Mapping Agency, Aeronautical Chart and Information Service, and finished his flying career with them. 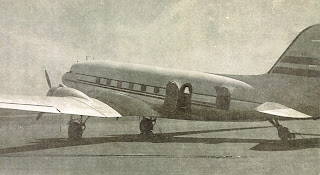 - Chub flew until he gave up his medical at the age of 92, the last aircraft he personally owned being a 1946 Fairchild 24.  Total flying time in his career was over 15,000 hours. 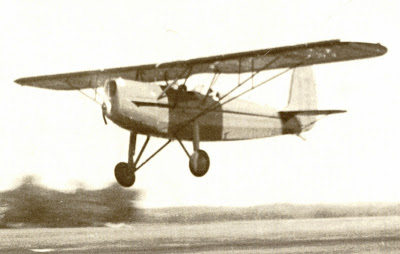 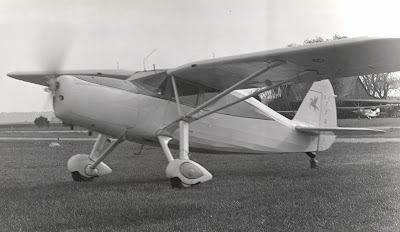 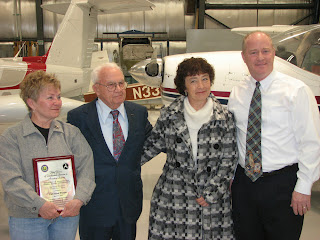