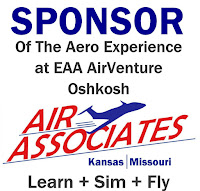 One of the best-known warbirds in the nation is the focus of this feature on static displays in Boeing Plaza at EAA AirVenture Oshkosh 2015: North American P-51C Mustang Tuskegee Airmen.  The rare P-51C is flown and maintained by the Red Wing, MN-based Red Tail Squadron of the CAF, or Commemorative Air Force.  The aircraft can be seen at airshows across the nation, along with the Rise Above Travelling Exhibit that tells the story of the Tuskegee Airmen.

The aircraft, a P-51C Mustang, was used as a trainer towards the end of World War II (most P-51C models were replaced in combat theaters with the P-51D model), put on static display, and later received by the Commemorative Air Force in the 1980s.  It was restored to flying status representing the history of the Tuskegeee Airmen in 2001 by the volunteers of the "Red Tail Project" led by Don Hinz.  The aircraft toured the nation for three years until it was involved in an accident that killed pilot Don Hinz.  The Mustang was again restored and is a regular performer at EAA AirVenture Oshkosh. 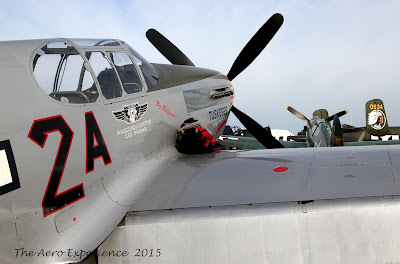 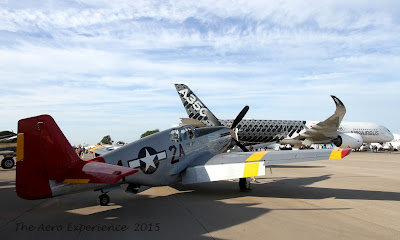 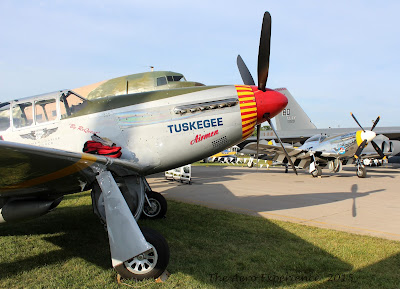 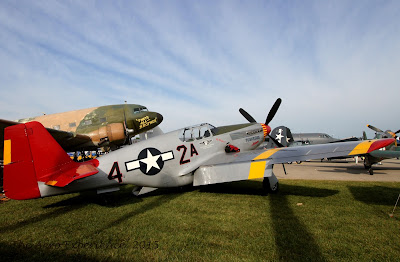 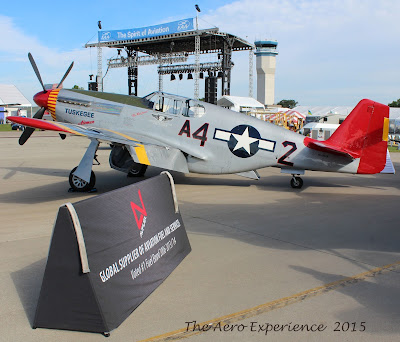 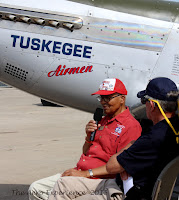 While the P-51C Tuskegee Airmen was on display in Boeing Plaza, an actual Tuskegee Airman, Colonel Charles McGee, was interviewed in front of the representative Mustang fighter. A crowd gathered to hear what Colonel McGee had to say about his service in the then segregated U.S. Army Air Forces during World War II and later in the U.S. Air Force.  Colonel McGee graduated from flight school in June of 1943 and flew 136 combat missions in fighters in about eleven months.  He flew another 100 combat mission in Korea, and served in various command positions.  He flew an additional 173 combat missions in RF-4C Phantoms in Vietnam, and returned home to command the 1840th Air Base Wing at Richards-Gebaur AFB before his retirement in 1973.  Colonel McGee has been instrumental in the development of the Tuskegee Airmen Association, and is a member of the National Aviation Hall of Fame.
When Colonel McGee was asked which of his many awards he thought was the most important, his response was more practical.  "The key is what you have accomplished.  It is nice to have an award, but the fact is that I did something, with others, that helped change attitudes in the country.  It took our Air Force to realize that they needed to use people based on training and experience, not their happenstance of birth...The Air Force led the way."  The U.S. Air Force Drill Team, performing nearby, joined Colonel McGee for a group photo.
Thank you, Colonel McGee, and the Red Tail Squadron for preserving the legacy of the Tuskegee Airmen for another generation! 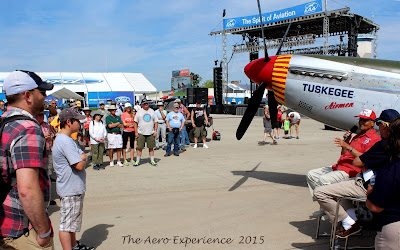 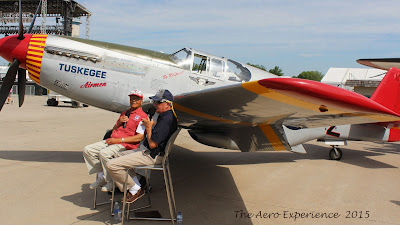 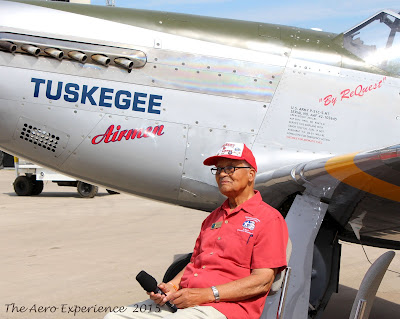 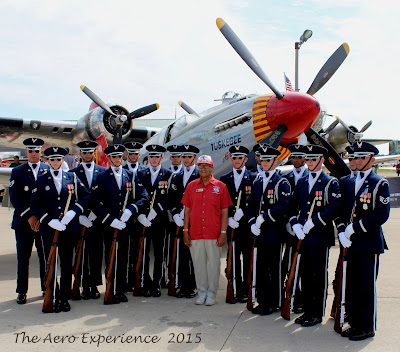 Posted by Carmelo Turdo at 3:37 PM