Day 7 was the last day of our trip but we could not leave Kansas without a few more aviation stops as we headed East.  Our first stop was the Salina Regional Airport, which during World War II was known as Smoky Hill Army Airfield and was used to train B-29 crews throughout the war.  After the war, the field became a Strategic Air Command base, initially equipped with B-29s and later two Bombardment Wings of B-47 Stratojets.  Renamed Schilling Air Force Base in honor of Col. David Schilling, the field remained in use until its closing in 1965.  Today, the airport is
home to the Kansas State University Polytechnic Campus with its large flight training facility and an Unmanned Aerial Systems (UAS) program, complete with a large netted area to fly various drones on the airport grounds. 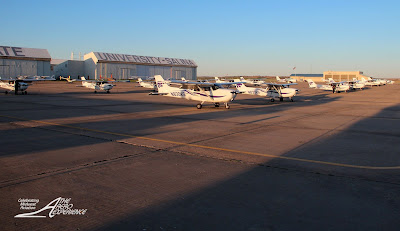 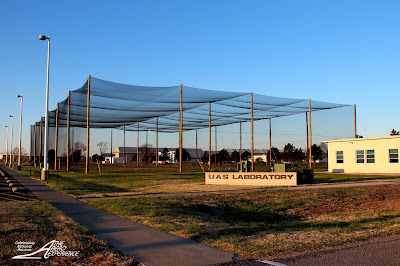 On the north end of the ramp stood the primary purpose of our visit, a Lockheed L-749 Constellation.  Originally acquired by the U.S. Navy as a PO-1/WV-1, the Connie was later surplused and taken up by the FAA before ending its government career and being flown to Salina in 1967 where it has resided (or been stuck!) ever since. Maybe one of these days she'll fly again. The Aero Experience thanks David Surrell for granting us ramp access to photograph the Connie. 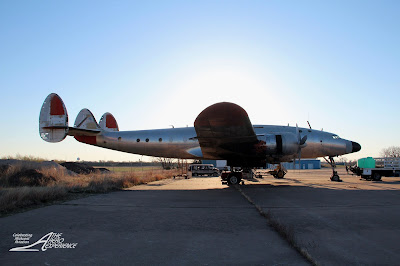 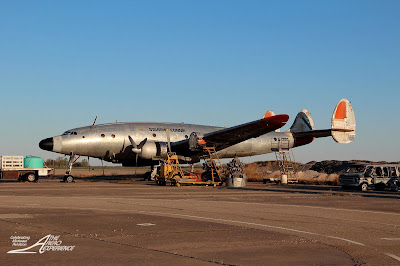 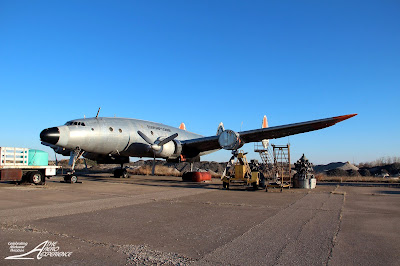 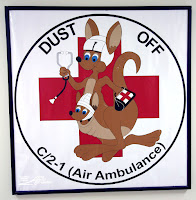 Eastbound for home, our last aviation stop was Fort Riley, home to the 1st Infantry Division "Big Red One" and the 1st Army Aviation Brigade.  We had the opportunity to visit with the C/2-1 Air Ambulance who fly the UH-60M Blackhawk.  Fred Harl met members of the unit when they were swapping their previous L model Blackhawks with a unit at Fort Campbell and making stops at Farmington, MO for fuel, food and a pit stop.  The C/2-1 is famous for its time in Vietnam, and as you can see from their unit logo, working with the Aussies.  Chief Warrant Officer Michael J. Novosel earned the Medal of Honor for his actions on October 2, 1969 flying a UH-1 medevac, saving 29 South Vietnamese soldiers while under heavy fire from the North Vietnamese units in the area.  He was also wounded during the extractions.  Novosel later wrote the book, Dustoff - The Memoir of an Army Aviator.

The Aero Experience thanks the members of the C/2-1 for allowing us to visit the unit and to take these photographs. 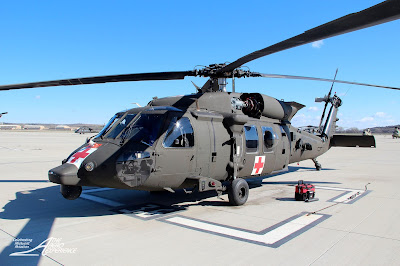 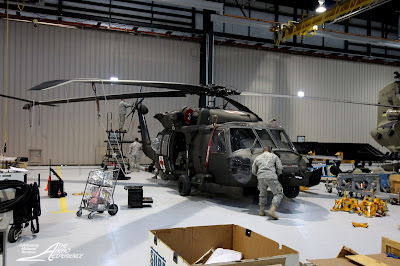 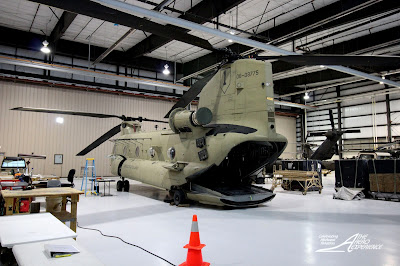 Posted by Carmelo Turdo at 3:09 PM