Elite Aviation, the St. Louis area's newest flight training facility, held an open house welcome party for the Spirit of St. Louis Airport community today in advance of their Grand Opening Fly-In set for Saturday.  The only general aviation flight training school at the airport, Elite Aviation is ready to serve new and continuing flight students at their facility on the north apron of the airport. A steady stream of visitors came through the newly decorated office and onto the apron to see the latest Cessna aircraft available for training and rental, and many stayed for lunch and cake.  It was immediately apparent that this new flight school is already working to raise the standards of performance for the industry, and has the right combination of flight instructors, aircraft and business talent to be successful. 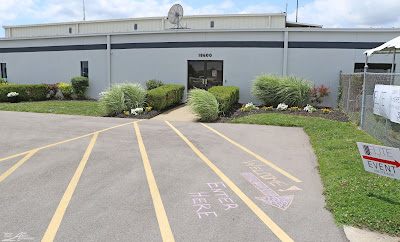 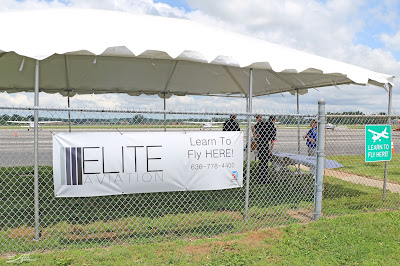 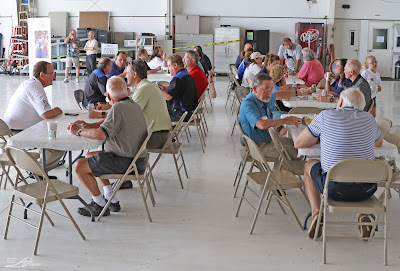 Textron Aviation, the parent company of Cessna Aircraft, lent their support for Elite Aviation, a Cessna Pilot Center, by flying in a new Cessna 206 from Wichita, KS for display at Friday's Open House and for the upcoming Fly-In on Saturday.  It is the utility vehicle of general aviation, able to fly six passengers or a useful load of over 1600lbs of cargo with one pilot.  It can operate from unimproved airstrips, and is often used by relief organizations to serve as resupply aircraft or air ambulances in undeveloped areas of the world.  This aircraft looked new, smelled new and no doubt inspired some more experienced pilots to investigate getting one of their own.  The Textron Aviation crew, pilot Mathew Filbert and Dispatcher/Pilot Naomi Manzira, explained the features and missions of the Cessna 206, and will be available again tomorrow during the Fly-In. 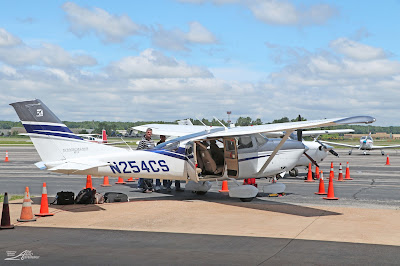 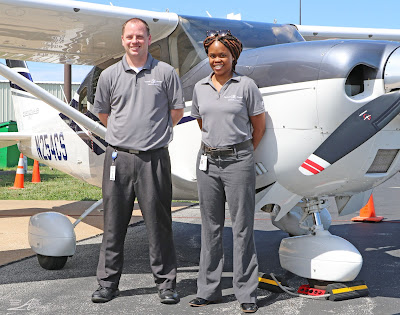 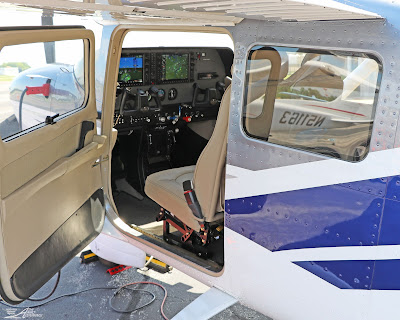 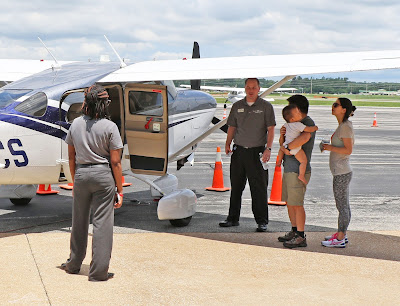 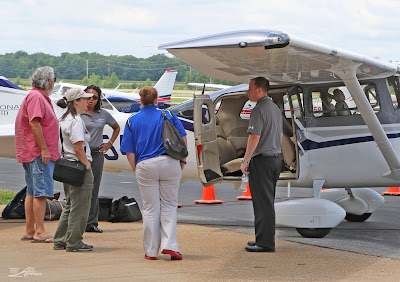 One of Elite Aviation's Cessna 172S Skyhawks, fitted with Garman G1000 avionics and a camera pod used for monitoring crop growth by Mavrx Company, was also on display.  The Elite Aviation fleet will consist of the latest Cessna aircraft models that increase the safety and reliability of the flight training experience.  Additional Cessna 172 and other types will be available in the near future so that multi-engine, instrument and commercial ratings can be obtained. 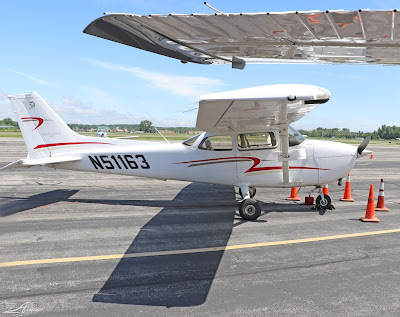 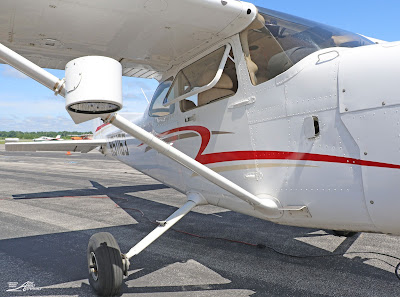 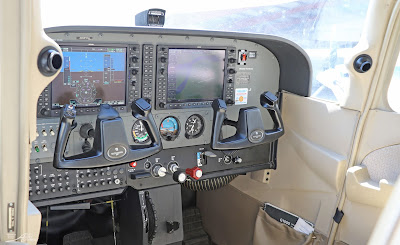 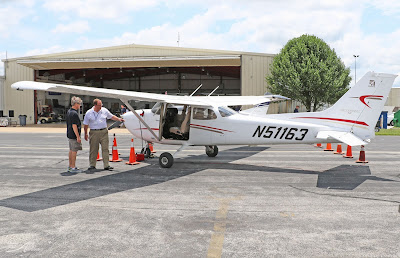 Posted by Carmelo Turdo at 7:21 PM