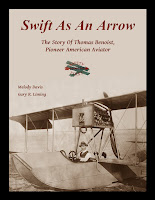 The new book, Swift As an Arrow: The Story of Thomas Benoist, Pioneer American Aviator, by Melody Davis and Gary Liming, was introduced at the Missouri Aviation Historical Society meeting Thursday. A work in progress over a ten-year period, the book is the authoritative work covering the life of Thomas Benoist, a leading figure in the first decade of aviation. The story is told using primary sources that include documents from members of the extended family. The authors, Melody Davis, the great-niece of Thomas Benoist, and Gary Liming, Board member of the Missouri Aviation Historical Society, have taken great care to ensure that Swift as an Arrow is a book worthy of its subject.

"I didn't know much about Tom (Thomas Benoist) when I started doing some research, and through the course of the research I found out that this was a huge story because Tom was really a prominent early aviator," Davis said. She credited Chuck Benoist and her grandmother, Thomas Benoist's sister, who saved scrapbooks containing valuable documentation of his life. "When I started the book, I thought it would just be a family history that I would just make copies of for the family," she continued. "But it turned out to be much bigger than that...The further we got along with the research, we realized there was so much more to it." 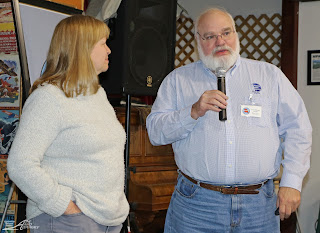 Gary Liming added some insights on the research process, especially on historiography - the study of the methodology of historians in developing history as an academic discipline. What that really means, according to Liming, is "How do we know what we know about the past is true?" This question arises in everyday life when witness accounts about current events vary considerably, and when biographical works from different authors present contradictory views of the same person. It is of course more difficult to research a person like Thomas Benoist, whose aviation career spanned about 10 years before he died in 1917 at an age of only 42. "I am proud to say that this book is almost exclusively done through primary (original) source evidence...There are some things in here that I don't think have been in print yet, so we discovered a number of things about Tom that speak well to that." 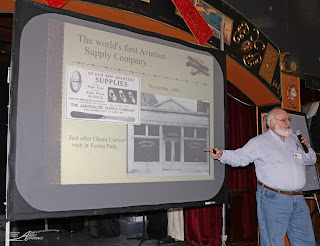 Following the introduction of the book, Gary Liming gave a presentation on the highlights of Thomas Benoist's aviation career. A true Midwest Aviation pioneer, he was born in Irondale, MO in 1874 to a French Canadian family that came to the U.S. seeking labor jobs during the American Civil War.  He grew up on a farm and later went to St. Louis where he learned how to run his own automobile supply company with his brother, Charles.  He associated with the St. Louis aviation community and began working on gas-filled dirigibles. 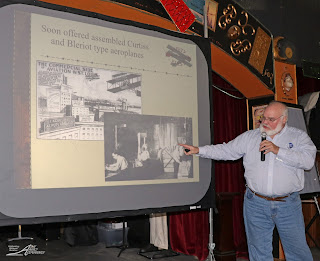 In 1909, Thomas Benoist opened the first aeronautical supply company in St. Louis.  That year, Glenn Curtiss visited St. Louis and demonstrated his ability to control his aircraft in flight.  Benoist, inspired by the potential of the Curtiss aircraft, formed the St. Louis Aerial Experiment Association, the first home-built, or experimental, aviation group.  The Novice Meet, as it was known, was the first experimental aviation event. 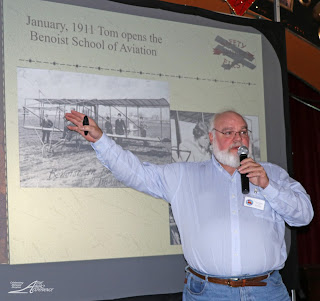 Thomas Benoist acquired a Curtiss aircraft in 1910, and he exhibited aircraft he assembled from other manufacturers during a trade show later that year. He opened a flight training school in 1911 with a modified Curtiss pusher aircraft, and Tony Jannus became the lead demonstration pilot. He established an aircraft factory in St. Louis in today's Delmar Loop shopping district in 1911, and by the next year he developed new designs. The Type XII was considered the first successful U.S. tractor aircraft design (with propeller in the front). 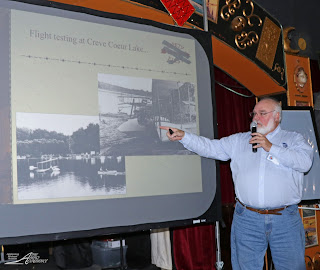 Jannus flew Benoist aircraft on cross-country flights to prove their reliability, often carrying gifts from one city mayor to another. Though not always problem-free, these flights showed that aircraft were becoming a practical transportation choice. Creve Coeur Lake soon became a testing area for Benoist seaplanes. 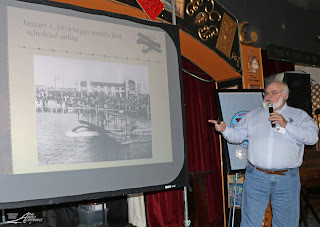 In 1914, a Benoist Type XIV was used to provide the world's first scheduled airline service, between St. Petersburg and Tampa, FL.  Two round-trip flights per day, each carrying one passenger, were made from January 1 - May 5, 1914. The Type XV was built at the St. Louis Car Company owing to the space needed for the larger aircraft. In 1916, the factory moved to Sandusky, OH to be closer to the Roberts Motor Company and lakeside facilities. Thomas Benoist became a founding member of the American Association of Aircraft Manufacturers to deal with the Wright Brothers patent litigation issues. He was scheduled to meet with Rear Admiral Robert Peary in 1917 regarding the use of Benoist aircraft for anti-submarine patrol, but he was suddenly killed in a trolley-car accident shortly before the meeting. 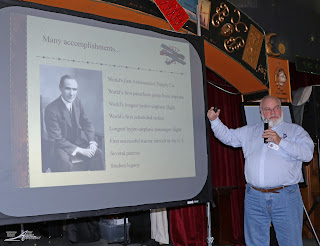 The list of Thomas Benoist's many accomplishments is long, considering the short time he was part of the budding aviation industry. The book, Swift As an Arrow: The Story of Thomas Benoist, Pioneer American Aviator, presents an authoritative and detailed look at the life of this great aviation pioneer. The Aero Experience thanks everyone involved in the book's production for their great contribution to aviation history.
Posted by Carmelo Turdo at 5:35 PM