The World Bird Sanctuary presented one its popular Raptor Awareness Programs to a packed auditorium at the Cahokia Mounds State Historic Site Saturday.  The program is offered at various host locations throughout the St. Louis and Metro Illinois area as part of the World Bird Sanctuary's avian education mission. During the hour-long session, members of the audience get a close-up view of the birds of prey (hawks, falcons, owls, vultures in this case).  Some of the birds actually fly across the room over the audience as the trainers explain the characteristics and behavioral aspects of the featured species.  Each of the participating birds has a name and has been raised by and cared for at the World Bird Sanctuary for educational purposes.  Some of the birds have been injured or have physical maladies that prevent them from surviving in the wild, and so they serve as ambassadors of their species.

Some of the birds of prey featured in the program include: 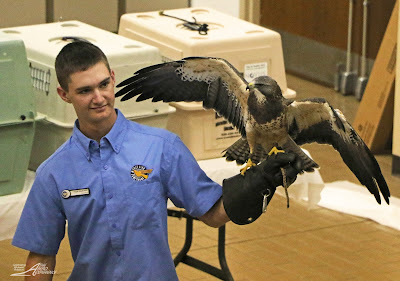 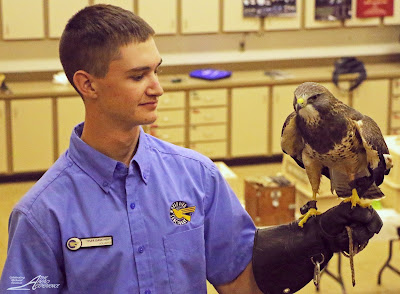 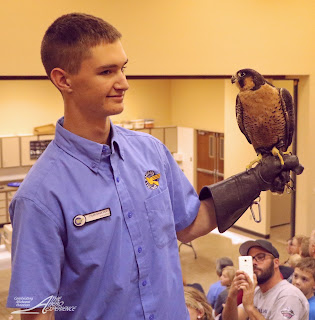 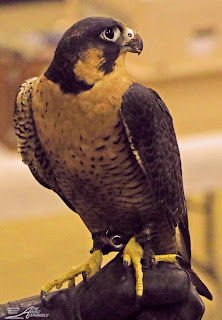 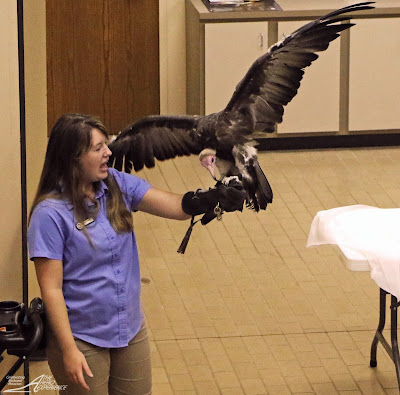 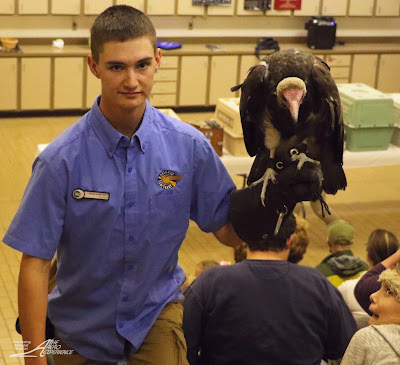 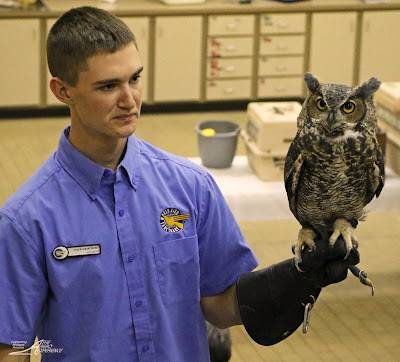 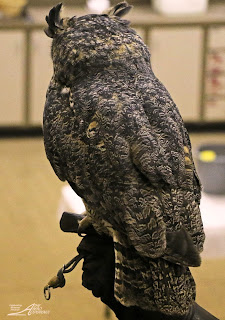 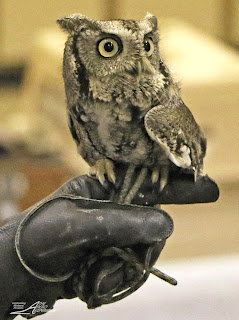 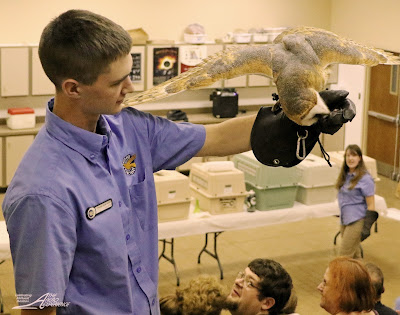 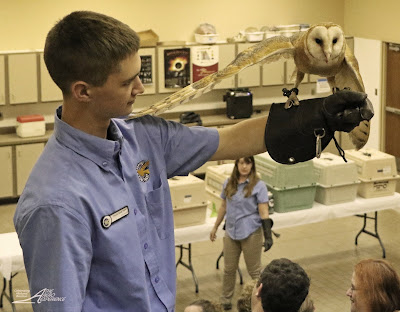 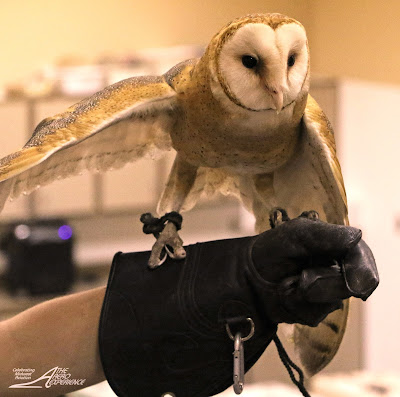 The Raptor Awareness Program highlights the benefits of birds of prey to our environment, including the consumption of rodents, insects and in the case of the vultures, abandoned animal carcasses that harbor disease.  Their very design and role in nature generally puts them at the top of their food chain, and yet some species have become endangered through previous feather harvesting and poaching activities.  Since the outlawing of hunting, harboring or even possessing any portion of these birds (except through special licensing for the World Bird Sanctuary and like organizations), their numbers have increased and several, like the Bald Eagle and the Barn Owl in Missouri, are no longer endangered.

The World Bird Sanctuary operates a world-class wildlife hospital on site that treats and rehabilitates over 300 abandoned or injured birds per year, some of which can be released back into the wild.  Conservation programs, including field studies, bird banding, and nest boxes among others, contribute directly to the survival of endangered bird species and warn of future hazards to the bird population.  The World Bird Sanctuary also serves as a valuable source for the public seeking information during an encounter with an injured bird of prey.

The World Bird Sanctuary is a non-profit organization that needs your help to continue their great work in our community.  The Aero Experience recommends that our audience consider supporting their work now and in the future.
Posted by Carmelo Turdo at 11:34 AM