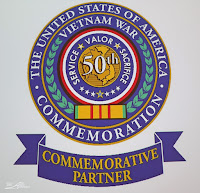 The University of Missouri - St. Louis (UMSL) held a Vietnam Veterans Recognition Ceremony Thursday in advance of the annual National Vietnam War Veterans Day coming up next week on March 29. Students, staff, faculty, alumni and retirees from the university who served in the armed forces during the Vietnam War period were invited to participate. The event, coordinated by the university's UMSL Veterans Center, was conducted with dignity and precision in the Summit Room of the JC Penny Building with a reception held afterward in the main floor lobby.

The Aero Experience is proud to salute our nation's veterans from all services whenever possible, and I was especially happy to return to my alma mater to witness the long overdue recognition of Vietnam War-era veterans associated with the university. The UMSL Veterans Center assists military veterans with admissions issues as well as effective use of GI Bill/education financing and campus/community resources. The center also supports the Department of Military and Veterans Studies in developing curriculum and maintaining a veteran-friendly environment on campus.

This Vietnam Veterans Recognition Ceremony was conducted as part of the United States of America Vietnam War 50th Commemoration, a Department of Defense sanctioned program encouraging organizations and communities to honor Vietnam War-era military veterans with local events running through the year 2025 (the 50th anniversary of the end of the conflict in 1975). All veterans serving on active duty from November 1, 1955 to May 15, 1975, in any theater of operations, are recognized with an authorized lapel pin and public recognition at Commemorative Partner events like the one featured here. Additionally, March 29 is designated National Vietnam War Veterans Day each year in perpetuity.

The ceremony held at the University of Missouri St. Louis this week opened with welcoming remarks by UMSL Veterans Center Director, Joshua Perschbacher, and presenting of the colors by the 3rd Battalion, 23rd Marines, U.S. Marine Corps Forces Reserve, based in nearby Bridgeton, MO. Members of the unit, including the color guard featured here, are tasked with representing the U.S. Marine Corps at memorial services and commemorations held around the St. Louis area and at times farther away in Missouri and neighboring states. They performed their duty with excellence, remaining at the front of the room while the National Anthem was sung by Ms Sherry Gerrein of the UMSL Honors College. 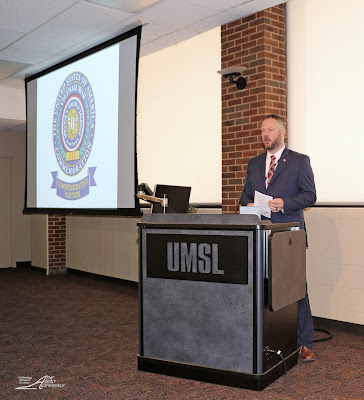 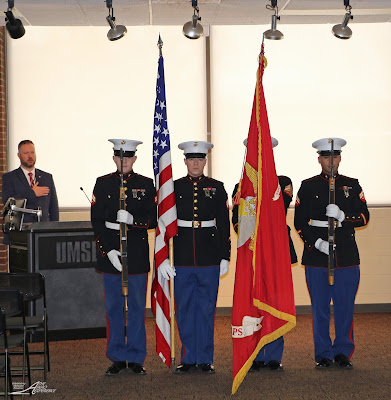 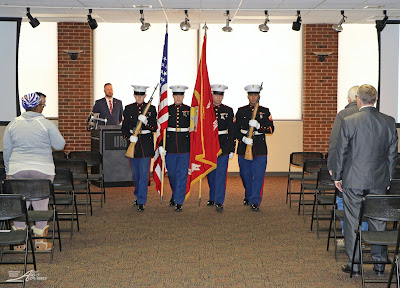 Following the presenting of the colors, University of Missouri Chancellor Thomas George spoke briefly, welcoming the veterans and guests to the event. Chancellor George has been a vital supporter of the UMSL Veterans Center, and we thank him for ensuring that our veterans are well served on campus. 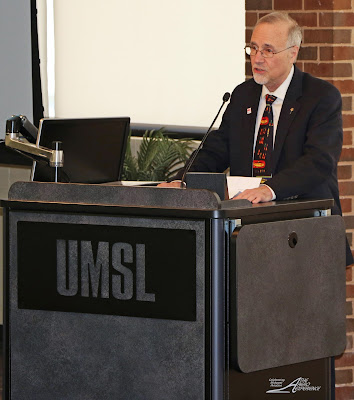 Attention was then called to the Prisoner of War/Missing In Action Table positioned in the room near the registration area. The table setting contains the following symbology:

Small Table Set for One: Frailty of one prisoner against oppressors
White Tablecloth: Purity if the intentions of the prisoner answering call to arms
Single Red Rose in Vase: Families and loved ones keep faith awaiting return
Red Ribbon on Vase: Determination for proper accounting of MIAs
Candle/Lighting of Candle: Upward reach of the prisoner's spirit
Slice of Lemon on Plate: Reminder of bitter fate of POW/MIAs
Salt on the Plate: Family's tears as they wait for news
Inverted Glass: They cannot toast with us tonight
Empty Chair: They are not here with us 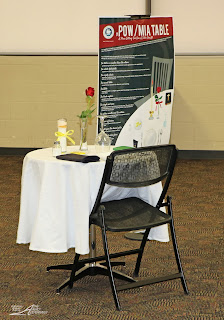 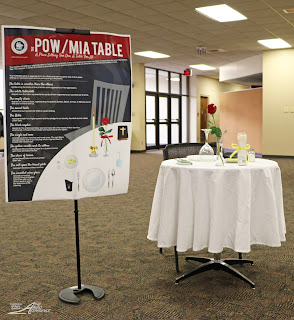 Following remarks from the Guest speaker, Lt.Col. (Ret.) James Craig, Chair of the Department of Military and Veterans Studies, Colonel Craig and Chancellor George recognized each attending veteran individually by name and service. Many of the veterans and guests retired to the reception held in their honor in the main lobby. 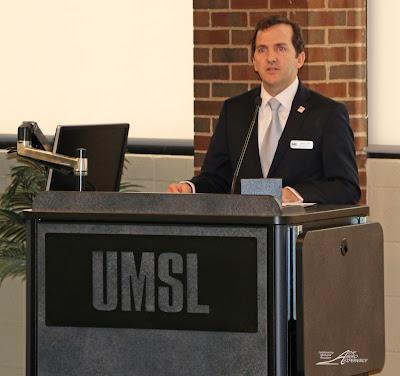 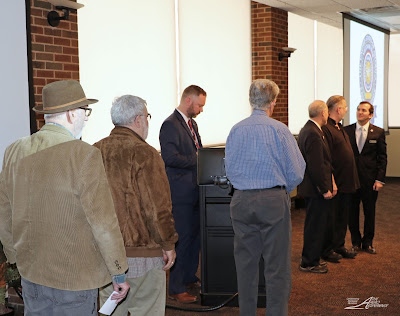 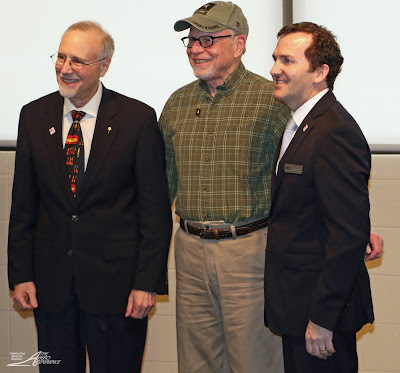 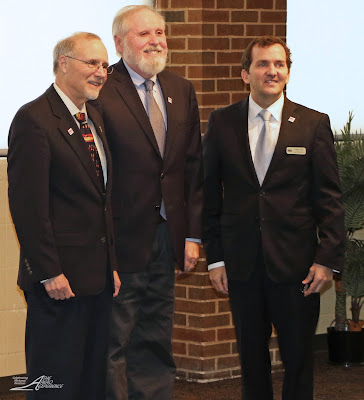 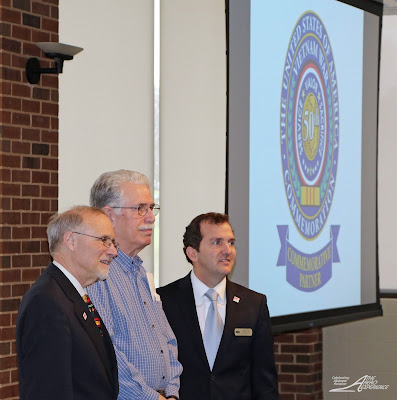 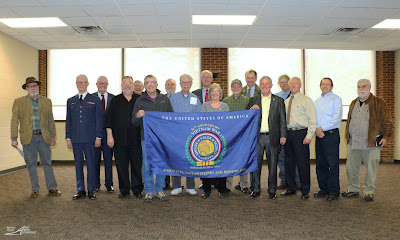 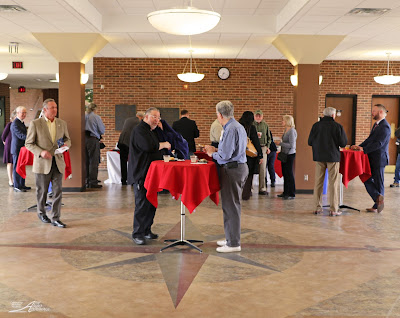 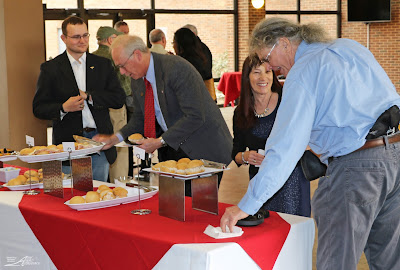 The Aero Experience thanks the University of Missouri - St. Louis Veterans Center for hosting the event and for all the great work they do to assist veterans in obtaining their education and essential services. We also encourage everyone to seek out opportunities to honor veterans of all conflicts throughout the year.