Wings of Hope, the humanitarian, non-profit aviation charity based at Spirit of St. Louis Airport, is preparing a special aircraft for service in the First Nations communities of Ontario, Canada. It stands out among the others in the Wings of Hope hangar for being taller than the rest - this Cessna 185 Skywagon is on floats. Some areas of Canada may be better accessed from a seaplane base, though the aircraft can also be fitted with conventional landing gear (wheels or skis) for flights into airstrips closer to the local communities. The flexibility and ruggedness of the aircraft will make it a great asset to its new operator, Adventist World Aviation. The Skywagon has been thoroughly inspected and updated since arriving from a donor in Denver, CO, and the aircraft will be ready for delivery later this month. 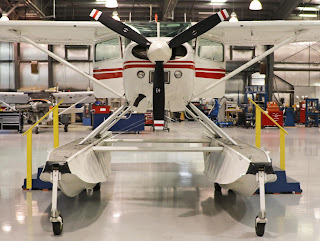 When completed, the Skywagon will join the fleet of Adventist World Aviation Canada to operate from Sioux Lookout in northwest Ontario, Canada. Sioux Lookout is home to an Adventist community, a local airport, medical services and rustic tourist attractions. It is also home to some groups within the First Nations, the indigenous peoples of Canada. Air transport is the most efficient way to reach these smaller communities, and Adventist World Aviation Canada plans to employ the aircraft initially to transport needed utility technicians, education specialists and health care professionals. The versatility of the Skywagon will ensure that it will provide dependable air transportation in this large geographic area for many years to come.

The Aero Experience visited the Wings of Hope hangar on Tuesday for the dedication and blessing of the aircraft. The Skywagon was rolled out and positioned close to the gathering of staff and volunteers attending their regular meeting prior to the formal ceremony. 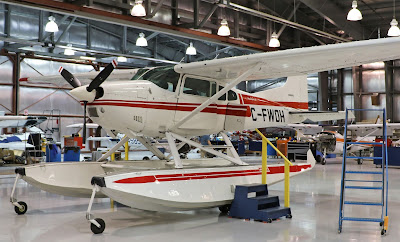 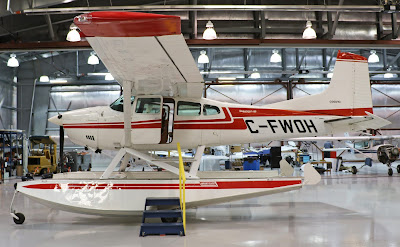 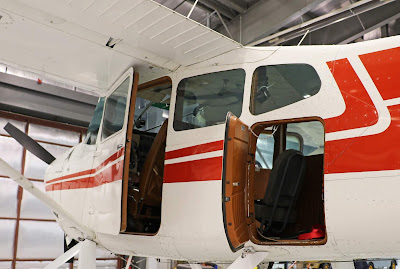 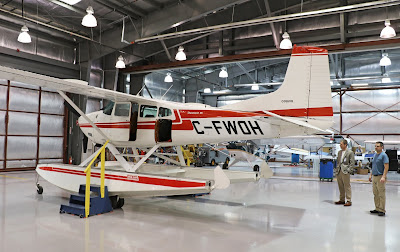 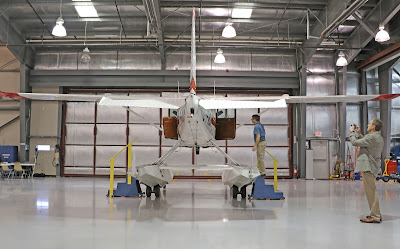 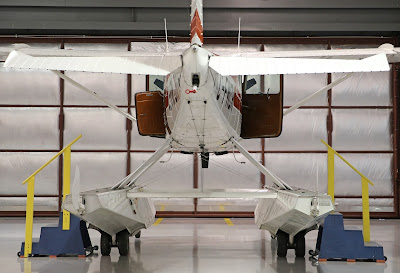 Dr. Edwards also thanked the Wings of Hope staff and volunteers for their hard work in preparing the aircraft for service in the First Nations communities in Ontario. "You have all invested your hearts and your hands, your skills, your abilities in facilitating something that is going to be immeasurable in terms of its impact. So I want to thank God for placing it in your hearts so that you can place your hands and your skills where He would like it to be a blessing to so many people."

Following the dedication and blessing of the aircraft, the staff and volunteers from Wings of Hope and the Seventh-Day Adventist Church staff gathered for a group photo before the aircraft was moved to a position near the large hangar doors. The Skywagon will soon take several test flights and should be ready for delivery later in April. 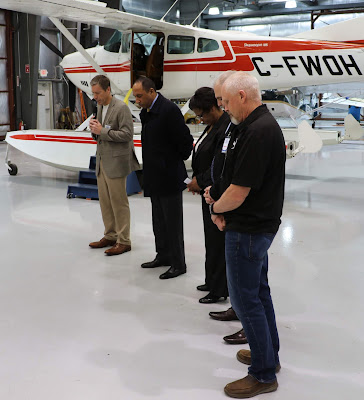 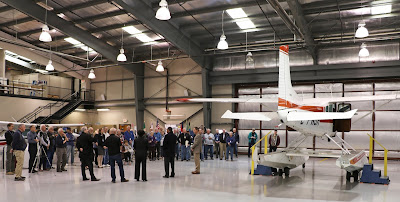 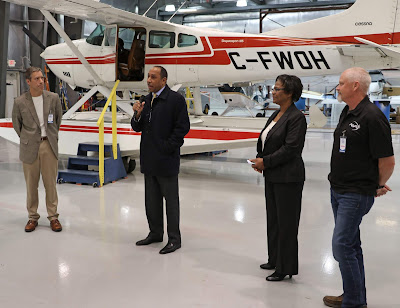 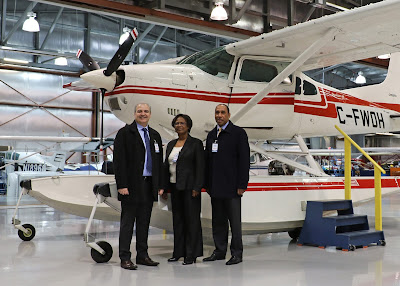 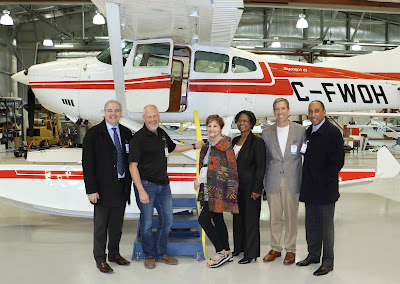 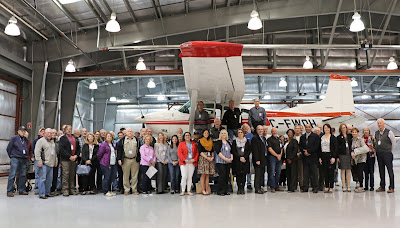 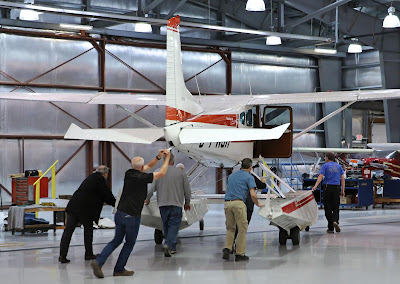 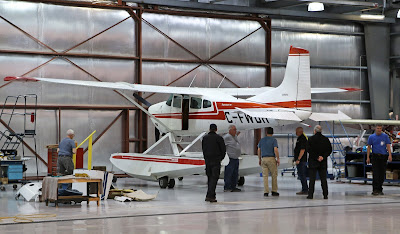 The Aero Experience thanks Wings of Hope, Adventist World Aviation and the Ontario Conference of the Seventh-Day Adventist Church staff for their hospitality and humanitarian service provided throughout the world.
Posted by Carmelo Turdo at 1:41 PM