CC Pocock, South African bush pilot, gave an informative presentation to St. Louis area pilots this evening at St. Louis Downtown Airport.  Pocock, owner of Bush Air, trains pilots in advanced bush and mountain flying techniques in South Africa and was visiting St. Louis after spending last week teaching at EAA AirVenture in Oshkosh, WI.  He outlined an exercise that develops a pilot's ability to use the full capability of an aircraft, especially during takeoff and landing in unimproved airstrips.  A media production called "Bush Air," featuring CC Pocock, is being developed and will air in the near future.  A trailer is available at http://www.bush-air.com/.
For more information, visit http://www.bushair.co.za/school.htm.  Pocock's book, Bush and Mountain Flying, can be purchased through Aircraft Sruce and Specialty at  http://www.aircraftspruce.com/catalog/bvpages/bushmountainflyingbook.php. 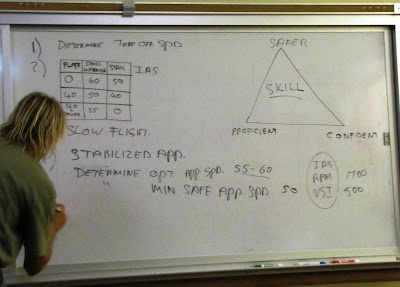 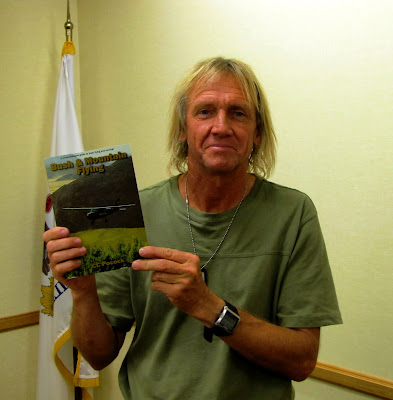 CC Pocock Holds His Book, Bush and Mountain Flying
Posted by Carmelo Turdo at 12:19 AM