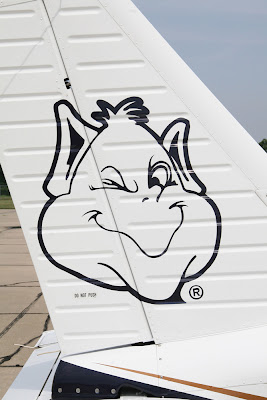 The Flying Billiken
A memorial was held today at St. Louis Downtown Airport for Keavy Nenninger, Parks College graduate and local pilot who was fatally injured in a tug plane accident July 23:
Keavy Ruth Nenninger, 25, of Huntsville passed away Saturday.
She was a 2004 graduate of Huntsville High School, where she played soccer. Keavy graduated from St. Louis University Parks College of Engineering and Aviation in 2010 with a degree in aerospace engineering and was on the collegiate flight team, the Flying Billikens. She earned her commercial pilot's license and was employed by Highlands Aerosports in Ridgley, Md. Keavy's adventurous spirit was infectious and she died doing what she loved most - flying.
Here are some scenes from today's flying memorial from contributor Mark Nankivil: 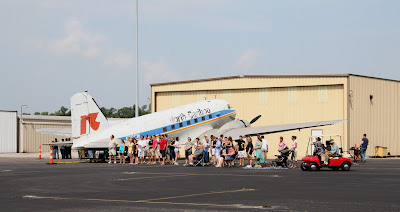 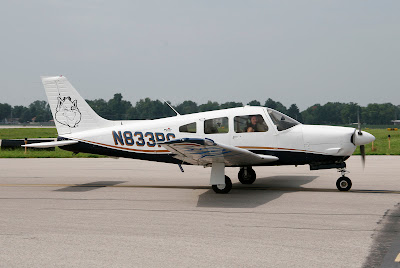 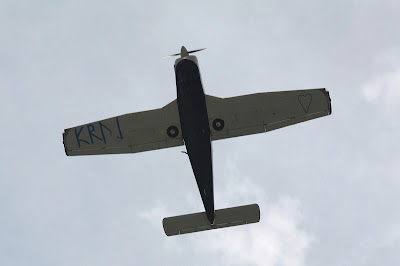 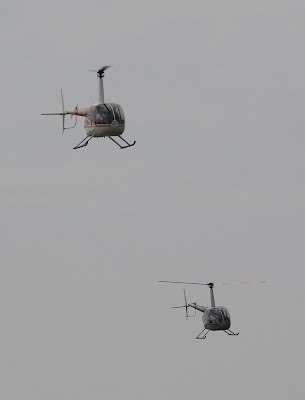 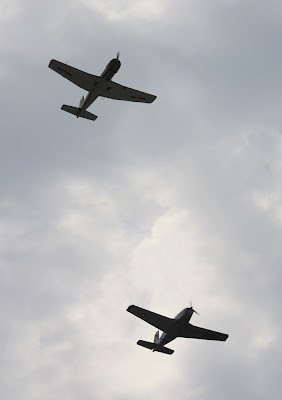 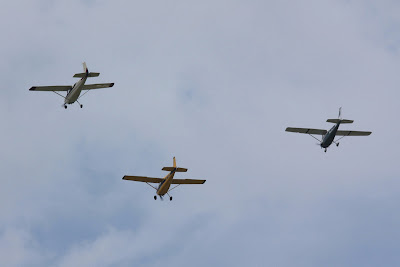 High Flight
Oh! I have slipped the surly bonds of earth
And danced the skies on laughter-silvered wings;

Sunward I've climbed, and joined the tumbling mirth
Of sun-split clouds - and done a hundred things
You have not dreamed of - wheeled and soared and swung
High in the sunlit silence. Hov'ring there
I've chased the shouting wind along, and flung
My eager craft through footless halls of air.
Up, up the long delirious, burning blue,
I've topped the windswept heights with easy grace
Where never lark, or even eagle flew -
And, while with silent lifting mind I've trod
The high untresspassed sanctity of space,
Put out my hand and touched the face of God.
Pilot Officer Gillespie Magee
No 412 squadron, RCAF
Killed 11 December 1941﻿
Posted by Carmelo Turdo at 10:12 PM