2013 Stalag XVII-B Final Reunion:
IN HONOR OF ALL THE MEN INTERNED IN STALAG XVII-B KREMS, AUSTRIA DURING WORLD WAR II


This reunion is for the POW’s who were aircrews of the US Army Air Forces. During missions over German cities and other Nazi strongholds, their B-17 Flying Fortresses and B-24 Liberators were shot down by Germans with anti-aircraft guns. They sent crewmembers plummeting to the ground while fumbling with parachutes and praying for survival.

When captured, the American pilots, bombardiers, flight engineers, gunners, and other crewmen were funneled in a processing center for interrogation in Dulag Luft, Germany, near Frankfurt. Noncommissioned officers were sent to Stalag XVIIB as prisoners of war.

On April 8th, 1945, the gates of the Stalag XVIIB were open and 4,000 filthy, and hungry airmen were marched west by guards. Days passed slowly as the men struggled along in 8 groups of 500. Airmen hesitated to even drink for fear of retaliation by the guards’ rifles and bayonets. Feet crammed into worn-out leather boots or wooden clogs. After more than 3 weeks on the march, American POW’s were liberated on May 3rd, 1945.

The Stalag XVIIB Reunion dinner is every May 3rd, in celebration of liberation. We hope the 2013 reunion will be as successful as previous occasions, for it will be the last.

(Above description from the official program)

Today's ceremony at the opening of the POW/MIA Museum at Jefferson Barracks: 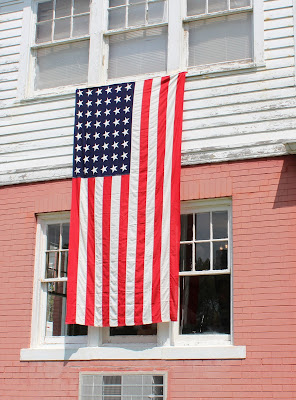 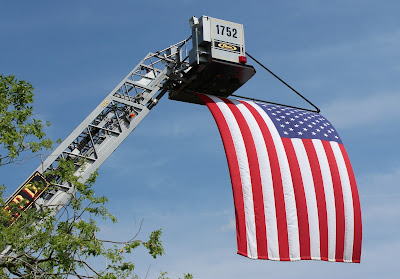 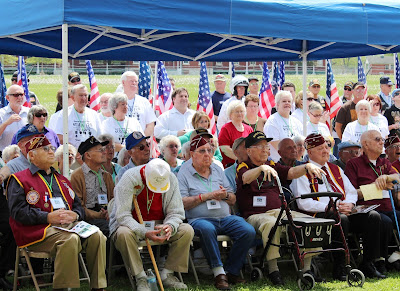 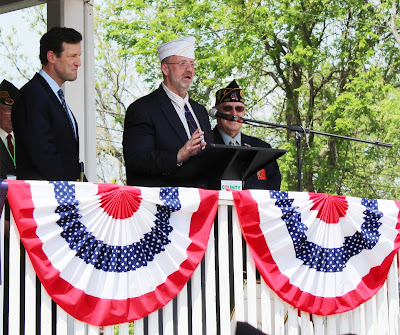 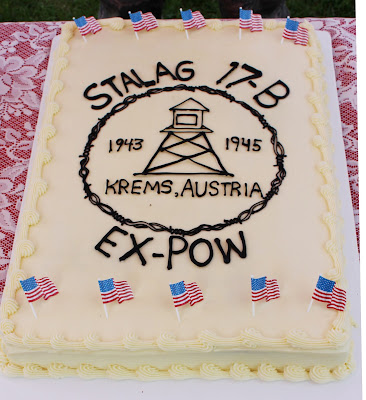 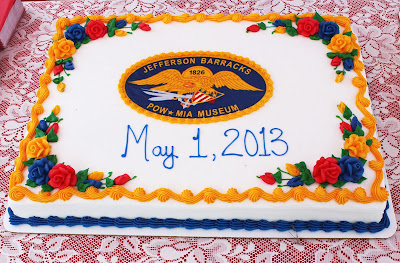 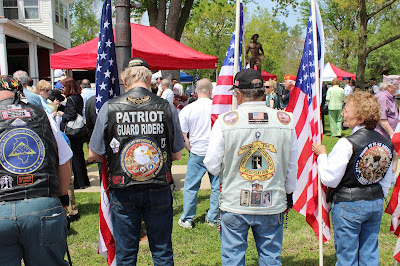 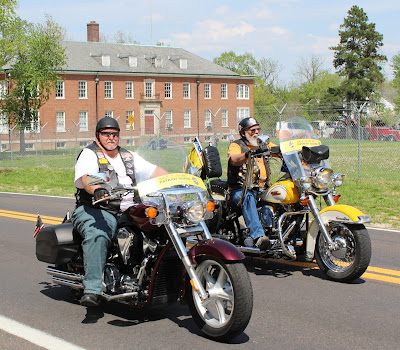 Posted by Carmelo Turdo at 9:24 PM