The Boeing F/A-18 "Ultra Hornet" took off on its maiden flight today at Lambert-St. Louis International Airport this morning.  The modified Super Hornet was configured with conformal fuel tanks as part of a year-long development program to enhance the range and weapons capabilities of the aircraft.  Pilots Steve Schmidt and Mike Wallace reported that the aircraft flew as expected and declared the hour-plus functional test flight a success.  More details on the first flight can be found on the HyperScale Forum.  Here are some exclusive photos of the takeoff: 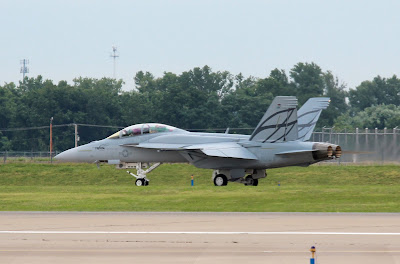 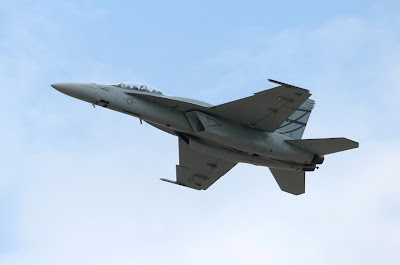 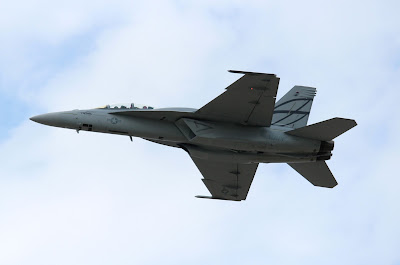 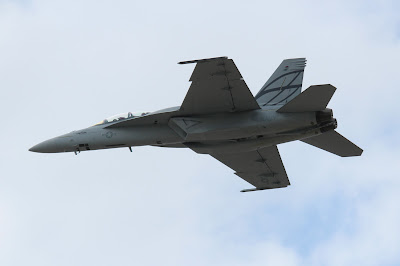 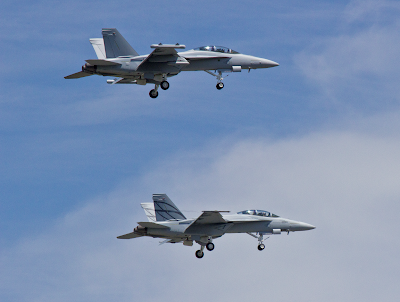 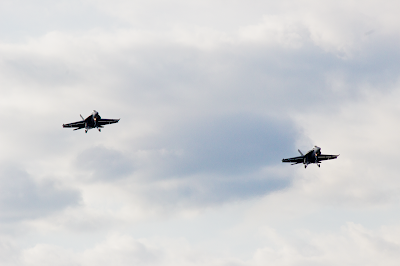 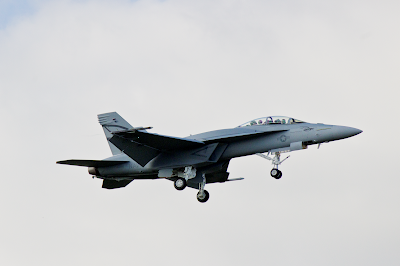 Posted by Carmelo Turdo at 4:08 PM