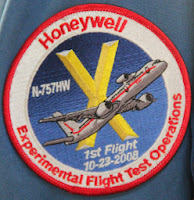 This past Sunday my son and I were over at the Greater St. Louis Air & Space Museum at St. Louis Downtown (KCPS) doing some work.  While bringing items into the Museum, I noticed what appeared to be a 757 westbound at relatively low altitude north of the airport.  It looked unusual but as I was watching, the 757 turned to the south to line up with the airport's short Runway 23, which is indeed unusual!  I grabbed the camera out of the car and ran out onto the ramp thinking this will be something to see.  The aircraft started the approach but it turned out to be a practice approach as the power came back up and the aircraft climbed out.  Looking through the camera, I could see a pylon on the right forward side of the fuselage, just aft of the cockpit and "Honeywell Flight Test" lettering emblazoned on the side of the fuselage.  I was hoping for another approach but that was not to be as the aircraft flew off to the east and out of sight into the haze.  A later check on Flight Aware showed the 757 having departed Sky Harbor Airport in Phoenix, Arizona (home base for Honeywell Flight Test) earlier in the day, and after the practice approach into KCPS it flew on to Scott AFB/Mid America Airport. 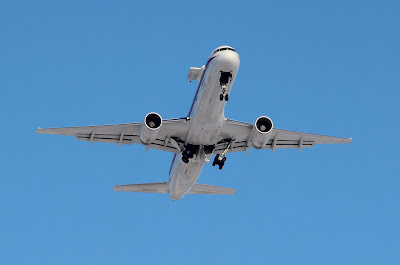 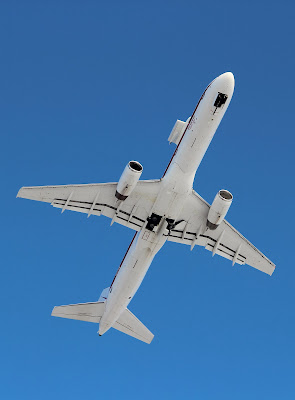 On Monday, Carmelo Turdo and I took a trip to visit our friends at Mt. Vernon Outland Airport and stopped at Mid America Airport on the way, finding the Honeywell Flight Test 757 at the main terminal there.  We went in and asked permission to take photos of the aircraft.  The flight crew was quite nice to grant us permission to do so, and even gave us a tour of the interior of the aircraft.  The external pylon on the fuselage is used to test smaller jet engines that are made by Honeywell such as the AL502, LF507, TFE731 and HTF700 turbofans used on numerous business and regional jets and the CFE738 turbofan engine which is produced in partnership with General Electric.


Boeing 757-225 N757HW was originally built for Eastern Air Lines and flew with Eastern until their bankruptcy, going on to Airtours International Airways and later MyTravel.  Acquired by Honeywell in 2005 to replace their Boeing 720 N720H, the aircraft was heavily modified for its new mission as an engine testbed, flying again in 2008.

The aircraft's visit to the area was to promote recent enhancements of Honeywell's Ground Proximity Warning System that would alert the pilot in the event of an approach to a runway too short for the aircraft being flown.  This capability has seen renewed interest with recent incidents by a C-17 in Florida and a Dreamlifter in Kansas when these aircraft landed at the wrong airport.  The approach to CPS was a test of this feature, as Runway 23 is all of 2,799 feet long - normally too short for a 757.

The Aero Experience would like to thank the Honeywell Flight Test flight crew and Richard Burke with Mid America Airport for the opportunity to photograph this unique and interesting aircraft. 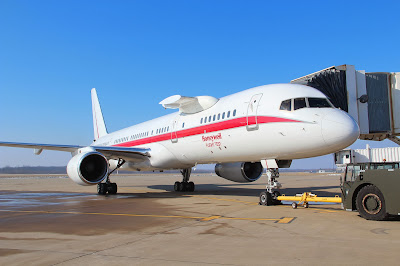 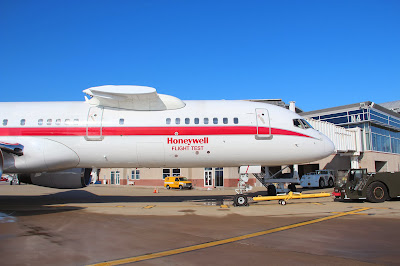 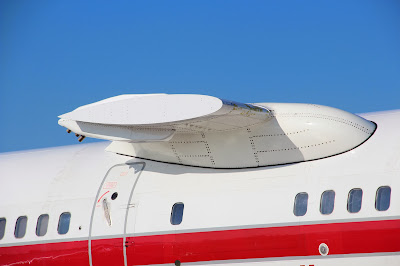 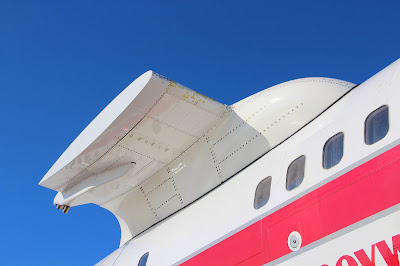 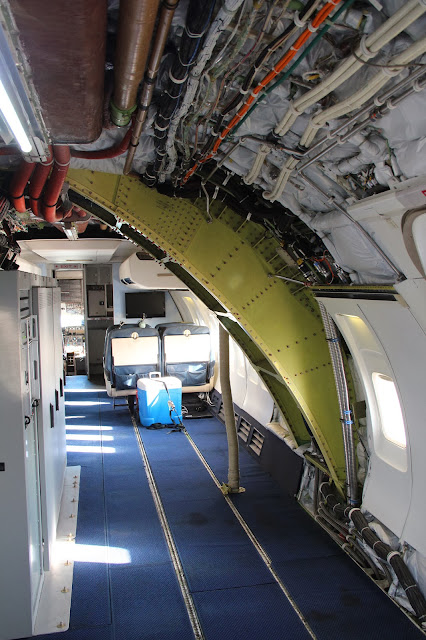 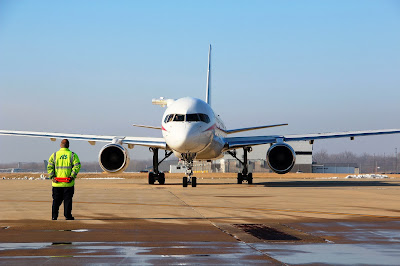 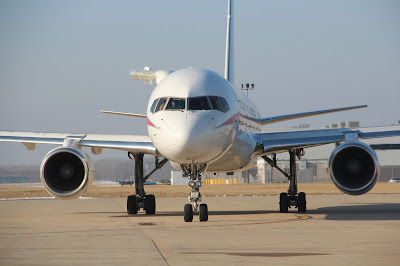 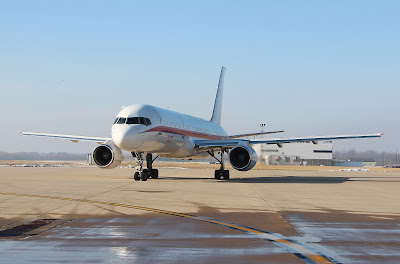 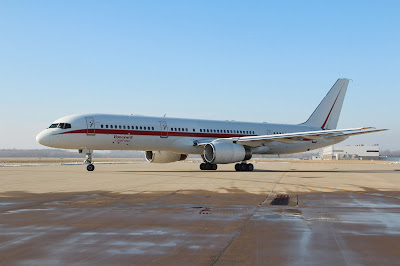 Posted by Carmelo Turdo at 3:58 PM