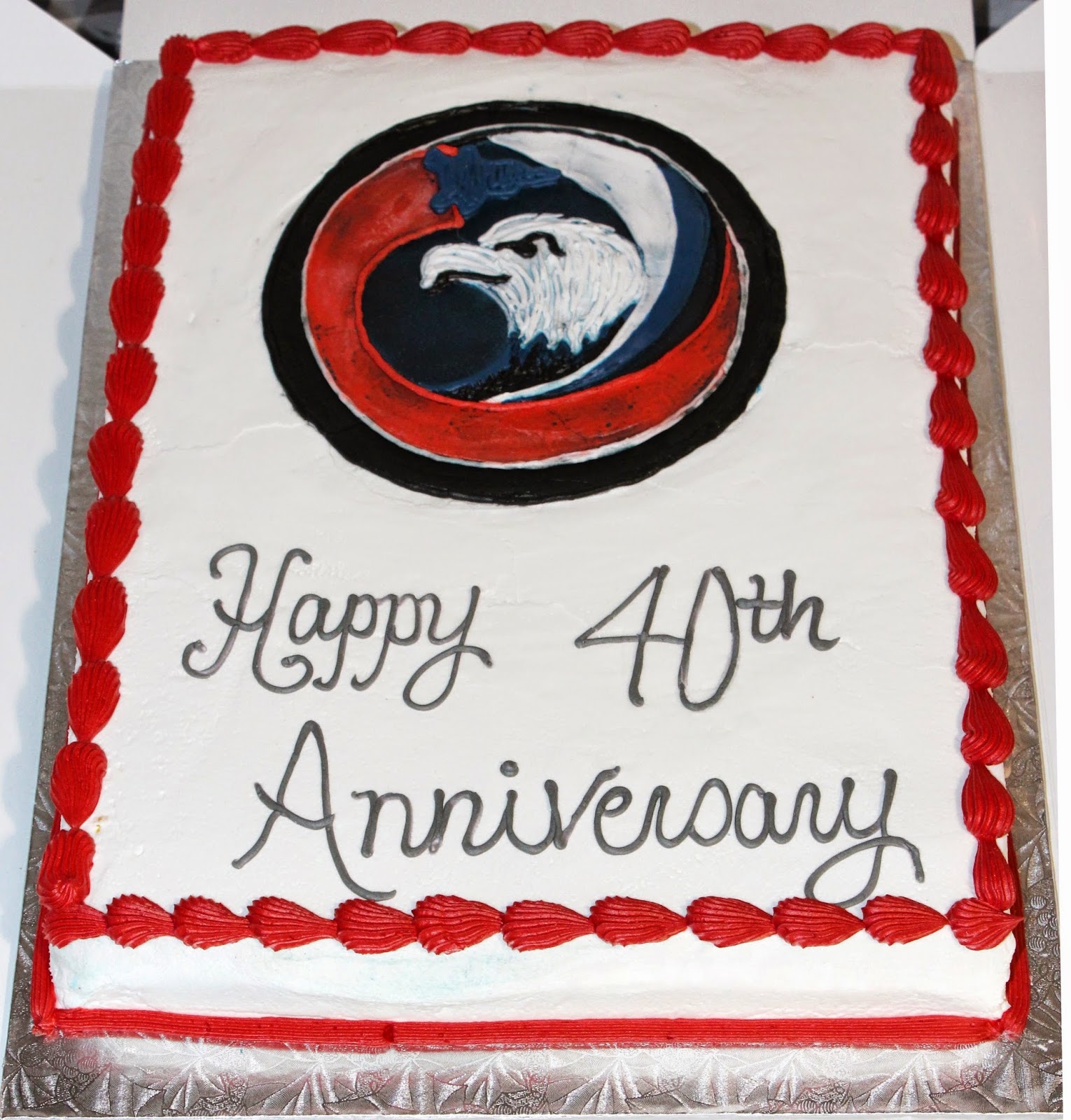 The Missouri Aviation Historical Society continued it's string of anniversary celebrations by marking the 40th anniversary of the F-15 Streak Eagle time-to-climb record-breaking flights flown between January 16 and February 1, 1975.  The pre-production McDonnell Douglas F-15 was stripped of paint and internal systems that were determined non-essential for the climb performance and single-pass approach and landing at Grand Forks AFB, ND.  Eight records were broken, three in one flight, previously held by the F-4 Phantom II and Soviet MiG-25 (which was often accused of using rocket boost during critical portions of the climb).  Missouri Aviation Historical Society President Dan O'Hara opened the meeting and welcomed members and guests: 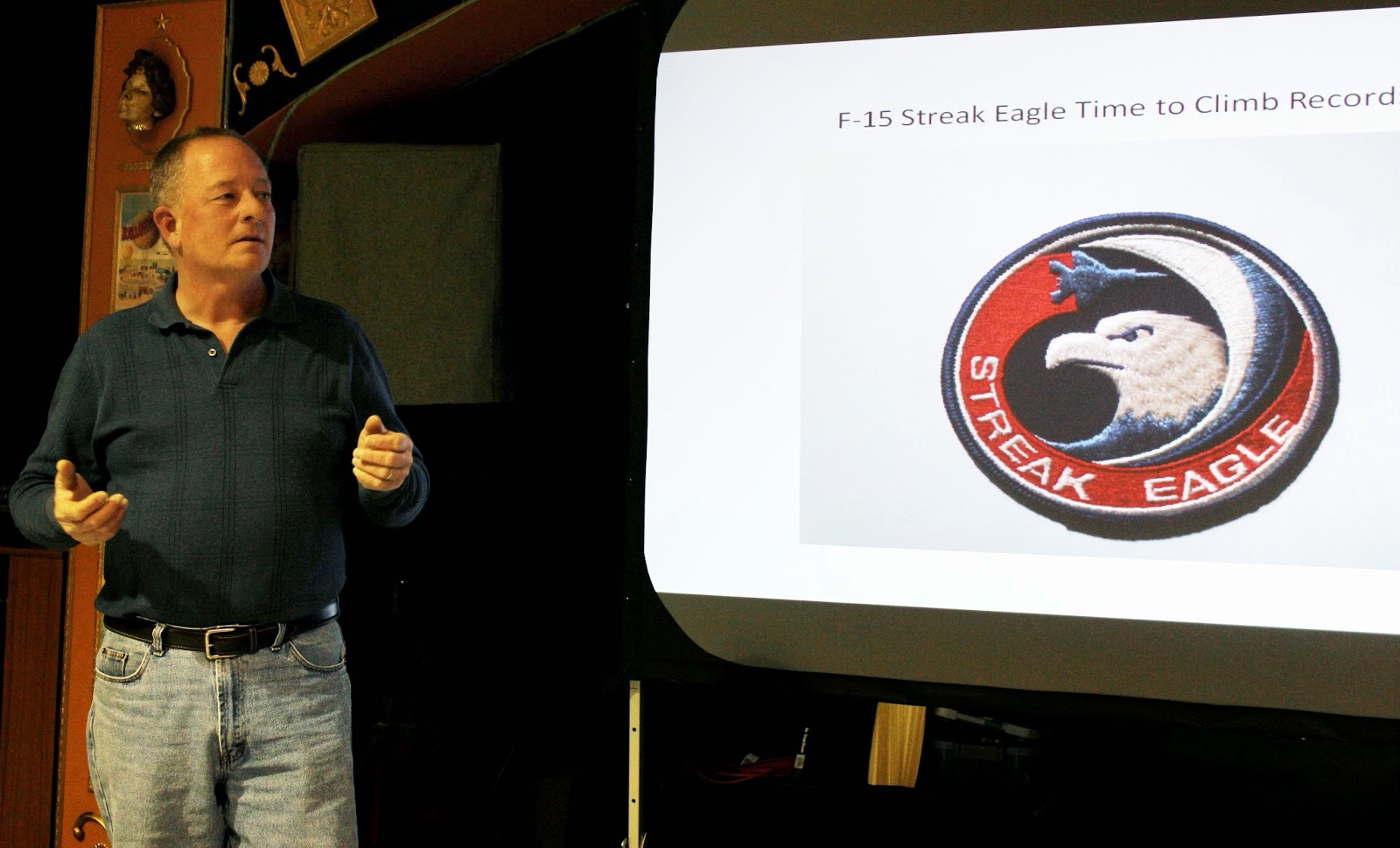 Special guests at the meeting included the leadership from the St. Louis Science Center: President and CEO Bert Vescolani, Chief Institutional Advancement Officer G. Patrick Williams, Senior Director of Corporate and Foundation Relations Patti LaBrott and Commissioner Kent Schien.  Mr. Vescolani and Mr. Schien addressed the group, expressing their appreciation for what the Missouri Aviation Historical Society does for the aviation community and discussing the future programs, including the  acquisition of an F-15 Eagle fighter on loan from the National Museum of the United States Air Force for the St. Louis Science Center's budding air park. 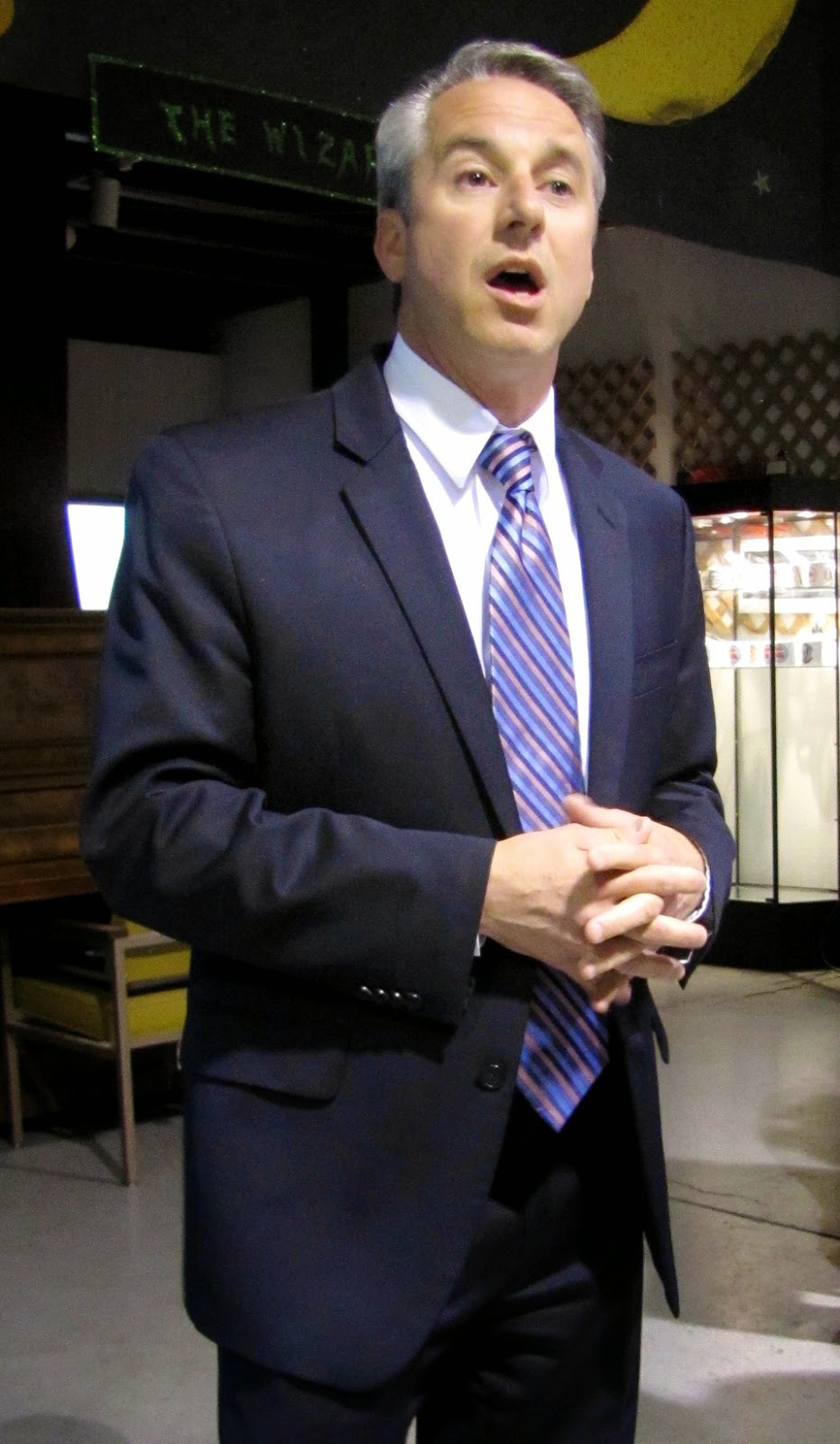 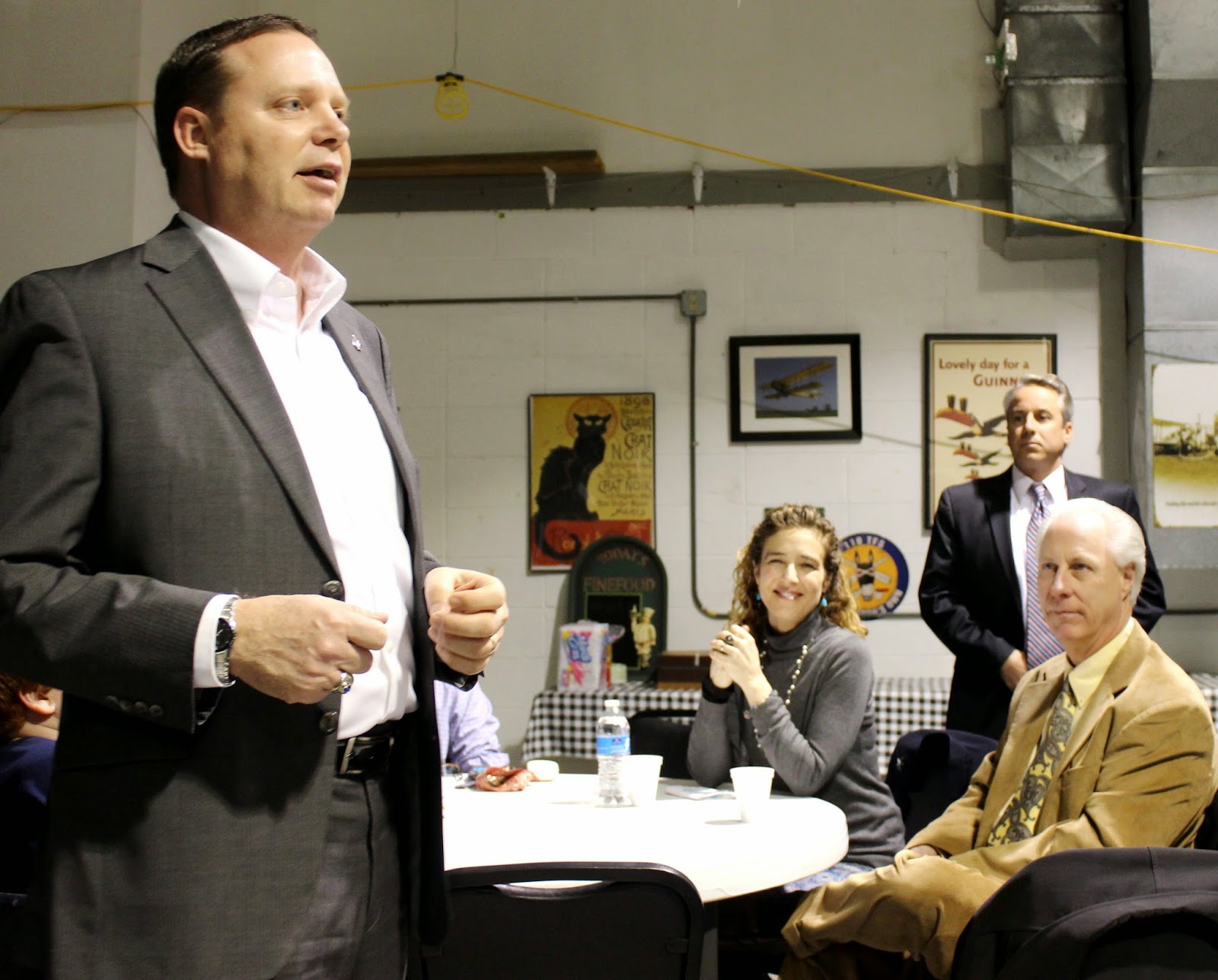 
As an introduction to the Streak Eagle's flights, the following video (here in two parts) was shown to provide context for the meeting's discussion:

Following the video, several authorities on the program were present to give a presentation on the flights and provide expert and eye-witness accounts of ground and air activities.  Among them were Eric Garrison, son of McDonnell Douglas Test Pilot Charles "Pete" Garrison, John Roberts, Bob West, test pilot Joe Dobronski and other McDonnell Douglas retirees.