Friday May 16, 2014 was a day to remember.  The Aero Experience Contributors Fred Harl, Mark Nankivil and I were on the grounds of Cape Girardeau Airport covering the airshow activities of that day - arrivals and practice. Practice had ended, and we were on the ramp getting pictures of the static display aircraft.  Mark went one way, Fred and I went the other. Somehow Fred had disappeared, so I just continued down the ramp towards Matt Younkin's beautiful Twin Beech, which just seemed to be calling my name as it is a great plane to photograph.  The red and black paint scheme with "Magic by Moonlight" painted on the nose really gets your attention!
It's not just the look of the plane that makes me want to photograph it.  It's also the story of sacrifice, passion, love and perseverance that goes along with the Younkin name.  Ten years ago in 2004, while at the Poplar Bluff, MO airshow, my wife and I first saw this beautiful Twin Beech flown by Matt's father, Bobby Younkin.  We had never seen anything like the skill he possessed in arching this beautiful old airplane through the sky in Poplar Bluff.  Beautiful smoke trailed from the radial engines, the plane occasionally dipping below the tree line at the right end of the airfield.  We were in awe of his performance. But, that wasn't all he had in store for us.  Later he took it up a notch with a performance I hadn't seen until then and haven't seen since: he flew a stunning black and red Lear Jet that left us with our jaws on the grass.  I was born and raised in Cleveland, OH and had not seen him perform - I had heard about him but had never seen him. Moving to Missouri in 2001 gave me the opportunity to look at the shows in the Midwest, the area of the country in which he performed the most shows.  We were instant fans, and we could not wait to see him perform again. 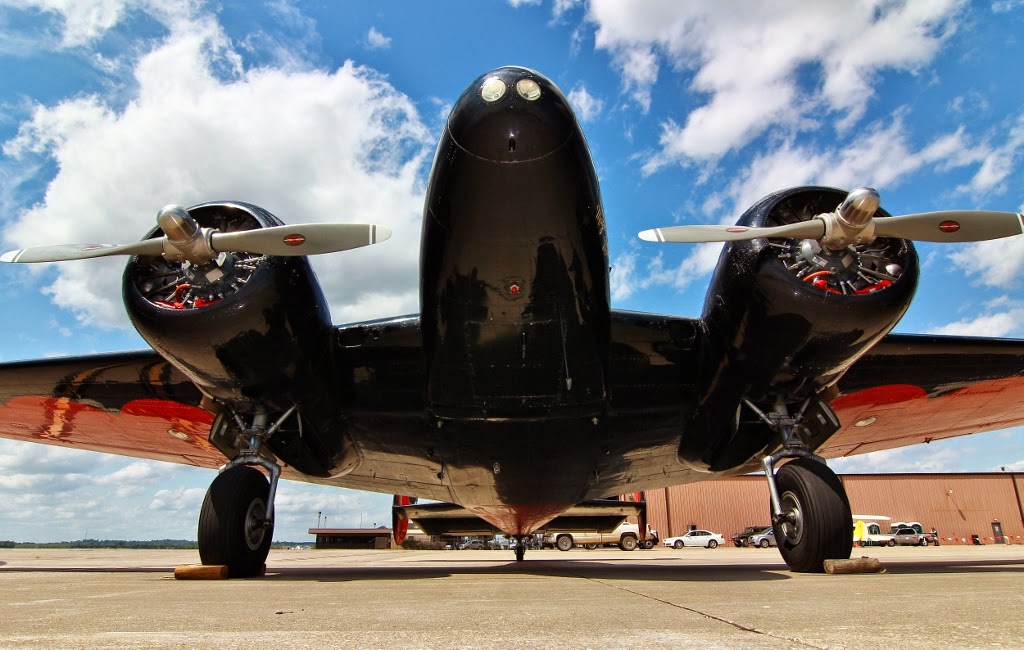 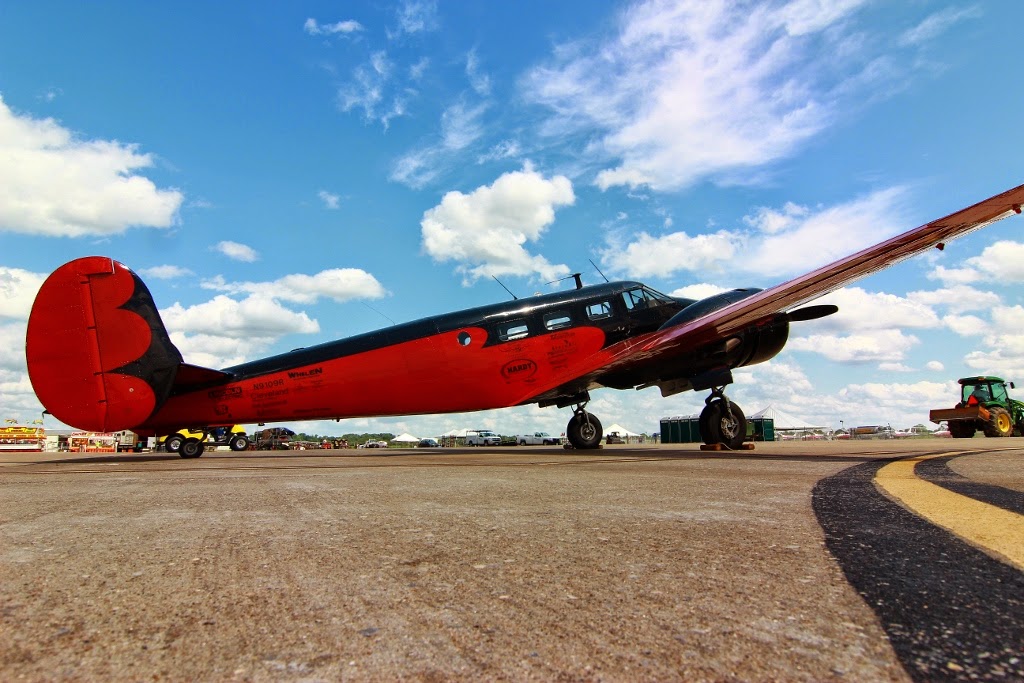 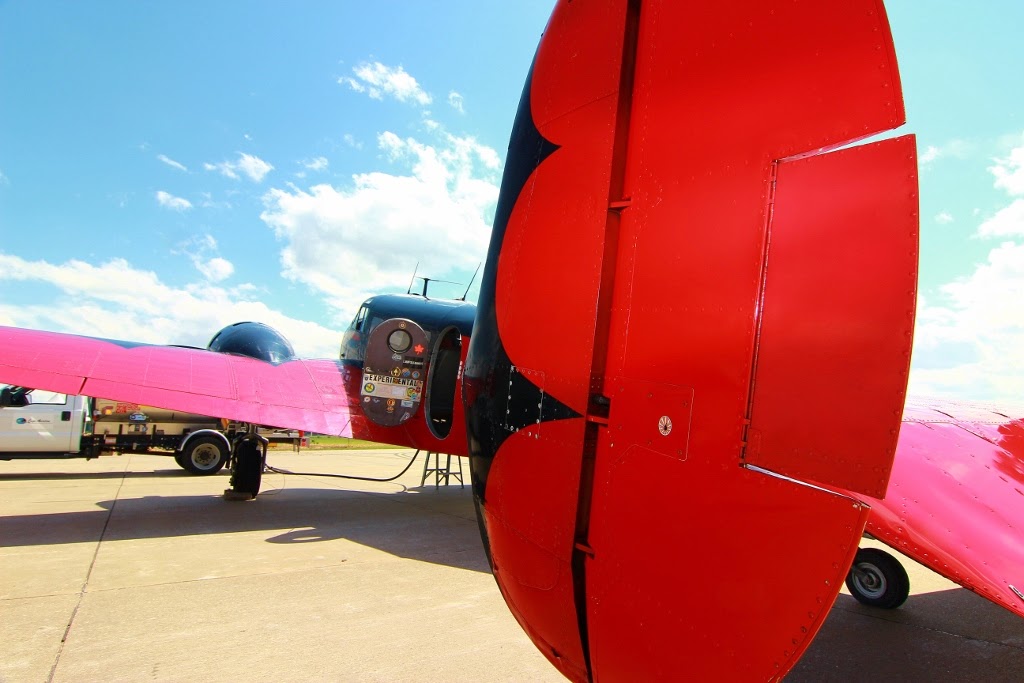 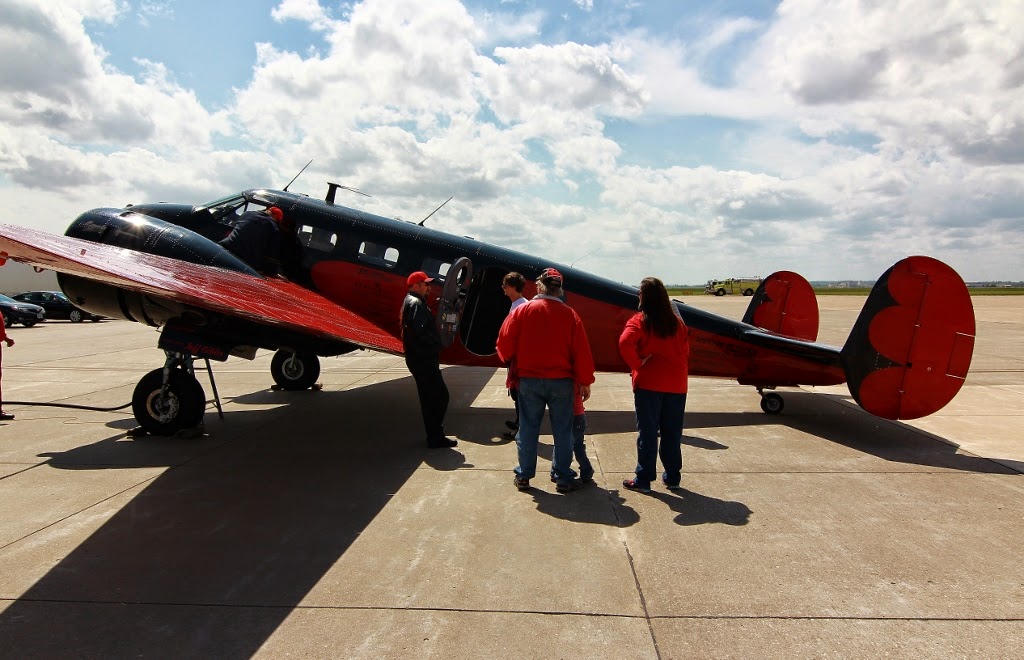 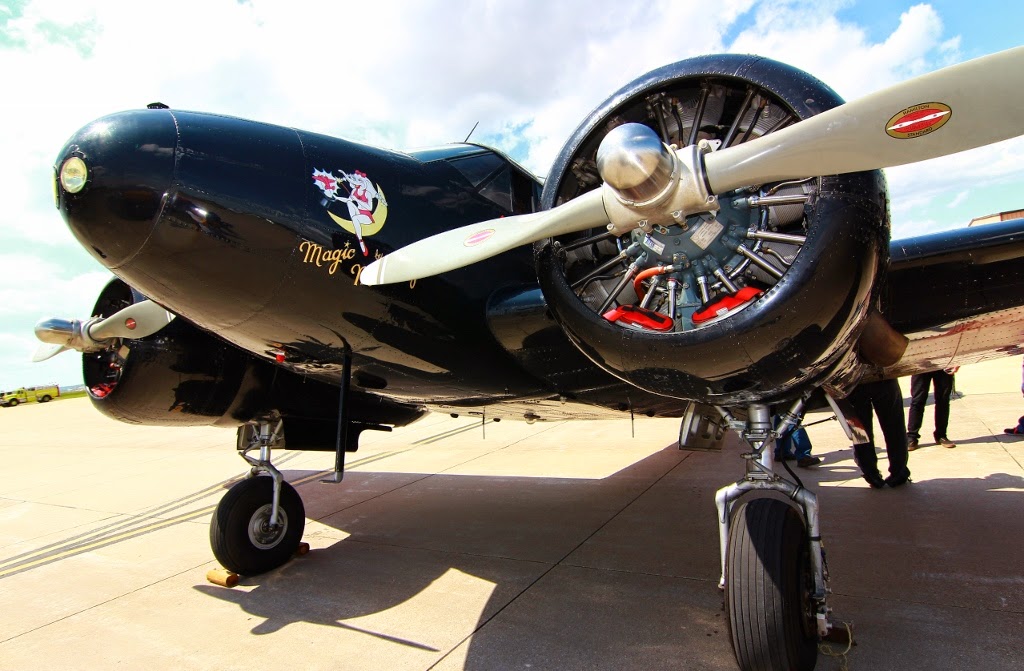 Sadly, this would be the only time we got to see him perform, as an accident at a show in Canada took not only his life but the life of his friend and fellow aviation legend, Jimmy Franklin. We heard while eating dinner and watching the news - I didn't eat again until later the next day as shock and sadness left me with no appetite.  I knew both Bobby and Jimmy had sons.  I knew of Kyle from seeing him at shows as a wing walker for his father, and I knew of Matt because the announcer had mentioned him in his narration in Poplar Bluff.
I felt a deep sadness for both families, and especially for Matt and Kyle.  When I moved to Missouri in 2001, I had no idea my next trip back to Cleveland in 2002 would be one that would have me visiting my father in the hospital with an incurable brain disease that would claim his life a week after I had seen him.  My father was my best friend - he taught me everything important about God, life, truth, responsibility, sacrifice, good work habits, how to hunt and fish, how to play sports, how to raise a family, (He and my Mom raised eight children on his income from the Post Office).  He was a great man who gave everything for his family and passed away at the age of 63.  I knew where he was, and I was comforted by that.  But when I heard the news about Bobby and Jimmy, my first thoughts were about their children remembering how I felt only three years earlier.
It wasn't very long after the tragedy that Matt and Kyle teamed up for their own airshow act in which they made a motorcycle to airplane transfer that I witnessed at the Cape Girardeau airshow. It was great to see both of them back on the airshow circuit carrying on the great names and traditions of their fathers. In the time that they had worked together, Matt's sister Amanda and Kyle dated and eventually were married.  At this time, Kyle and Amanda formed the Pirated Skies act in which Amanda was a wing walker sword fighting Kyle as the plane was skillfully maneuvered through the air.  Matt was flying his act in the beautiful Twin Beech.  In 2011 tragedy struck again, as Kyle's WACO had an engine failure in which the crash landing and subsequent fire eventually took the life of Matt's sister and Kyle's wife, Amanda.  My wife and I both sat here in tears reading Kyle's posts on social media concerning Amanda's worsening condition.
I don't know Matt or Kyle personally, but since becoming a member of The Aero Experience team, I've had the opportunity to talk to both of them and thank them for what they and their families have given not only to aviation but to a person like me who doesn't fly but has a passion for aviation like few others.  Watching them fly takes all the problems I may be having away, I am consumed by it - I can't explain it and I've stopped trying to figure it out but I love everything about it.  I have the deepest and sincerest respect for both Matt and Kyle for their sacrifice, hard work and passion.  It would have been very easy for them to walk away from flying, and no one would have blamed them.  But they continue to fly because it's in their blood, and it honors the memories of their fathers, sister and wife.
So now it's May 16, 2014 in Cape Girardeau. I had only thanked Matt last year at Fair St. Louis while covering that airshow.  Nervously, I tried to get the words out, my voice cracked and I knew it was time to stop talking.  My wife noticed and questioned me about it, but she knew why.  So here I stand in front of his airplane shooting from different angles, and his crew chief Jeff offers to move the propeller for me.  At this time he asks: "Are you a member of the media?"  I replied, "Yes, I'm here covering the show with The Aero Experience."  He replied, "Want to go for a ride?"  My response was, "Are you serious?"  I was stunned to say the least. He told me to get in on the briefing that was going on at the other side of the plane as they had an open seat.  I literally thought I was going to faint.  Sure enough, Matt is there briefing an 18 year old recent high school graduate who was receiving this flight as a gift from his parents.  Son, you have some great parents by the way.
Matt Younkin greeted me with a friendly smile and hello, and continued to brief us about the flight and the safety procedures that we were not going to need on this flight.  Also on the flight was the graduate's father, grandfather and the liaison for the Snowbirds.  I mentioned how excited I was about getting to fly with a legend and the son of a legend, and Matt just smiled and shook his head almost embarrassed.  So it was into the plane and off we went.  I was in the back left forward facing seat as he powered up and headed off the deck.  I still can't believe I went flying with him.  He talked to the young man in the front seat as we flew, and the young man pointed out certain landmarks which were of importance to him.  Matt also talked with him about pursuing his aviation goals. I thought that was great because that's what it takes for aviation to thrive - not just interest but passion, and you can see it in Matt's flying.  What an absolutely great flight, I'm not too proud to admit that I was teary eyed when we went up and as I write this thinking about how blessed I am. 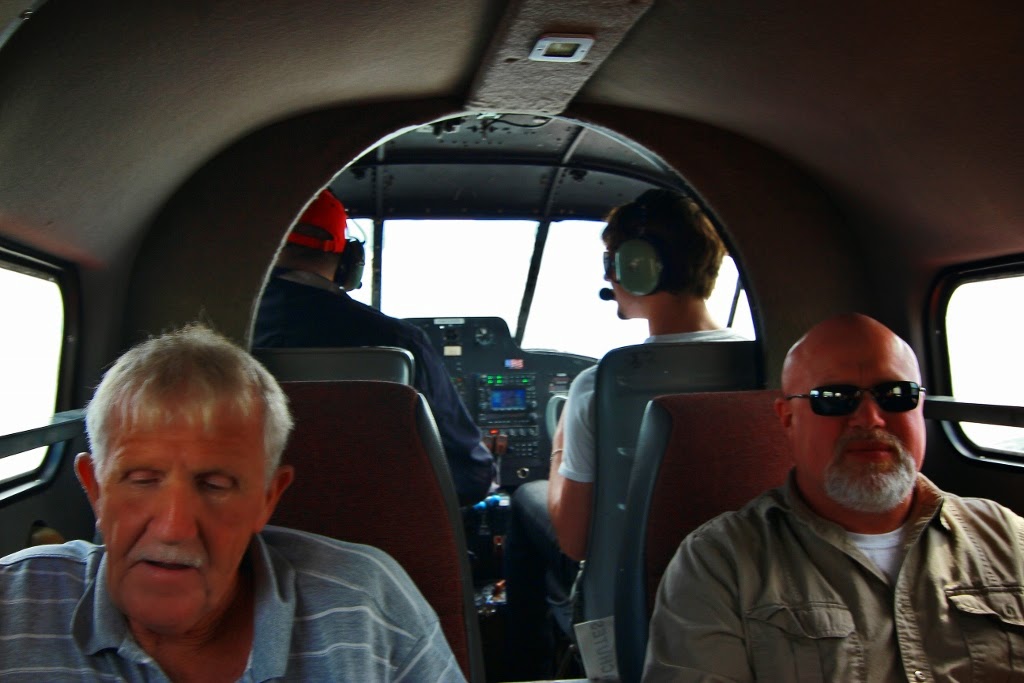 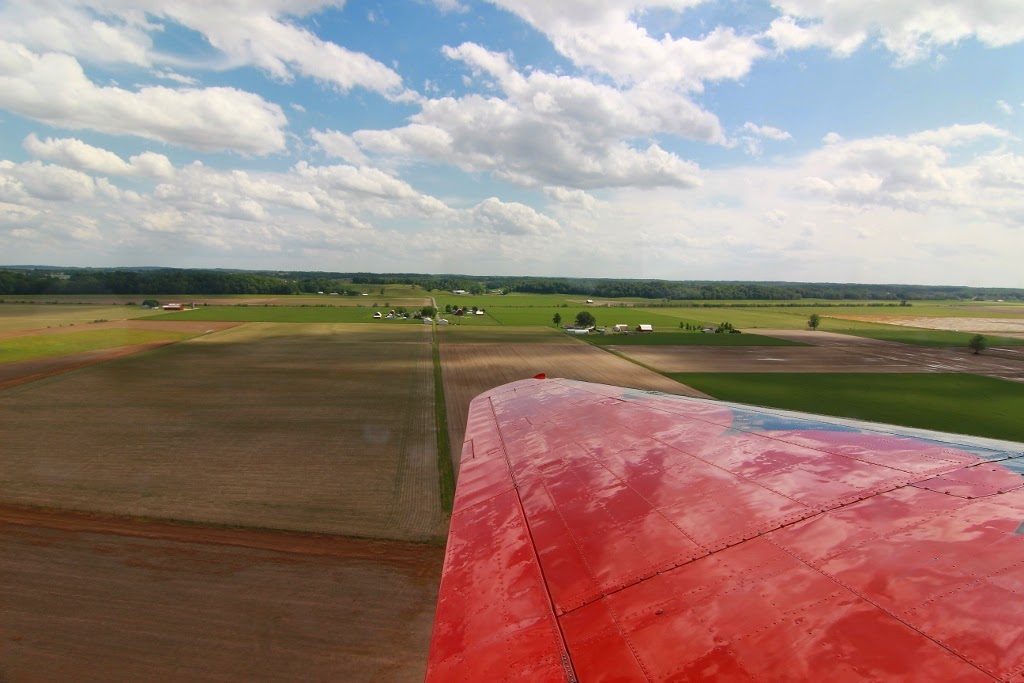 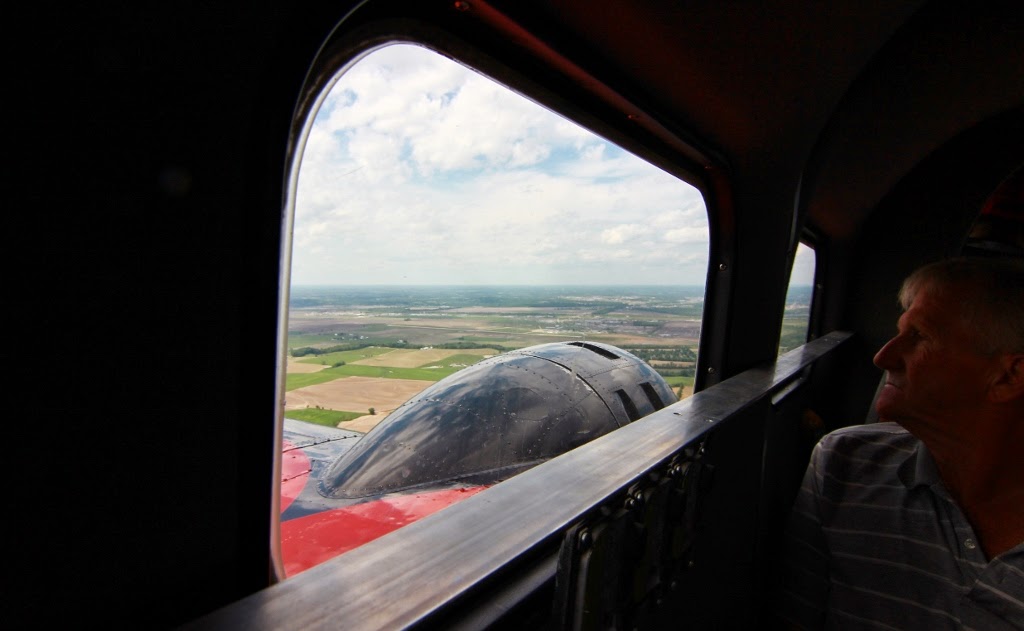 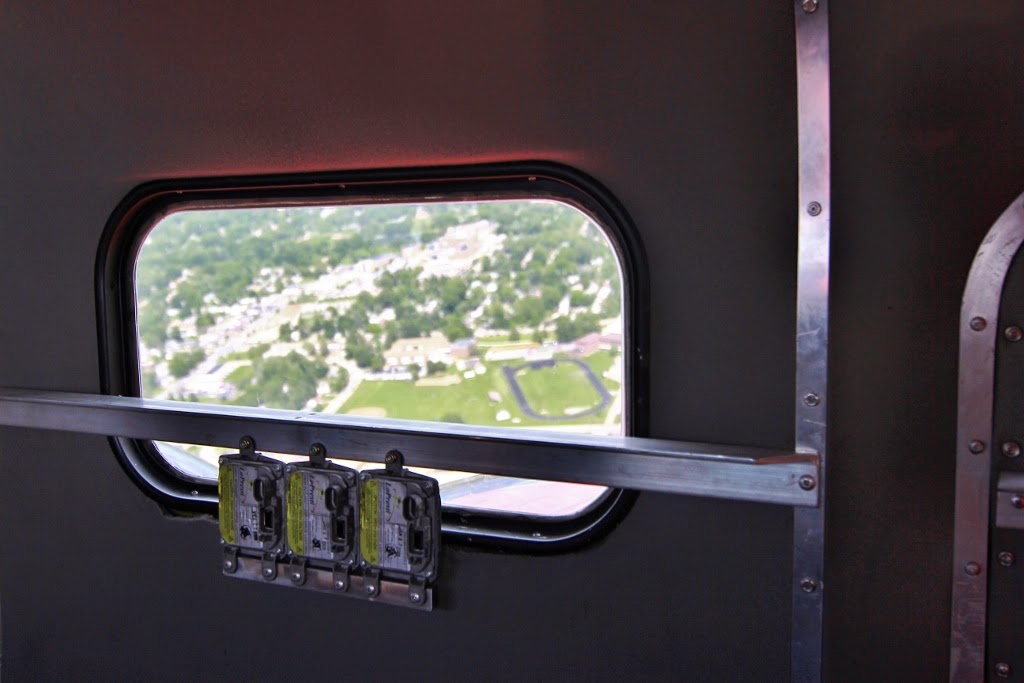 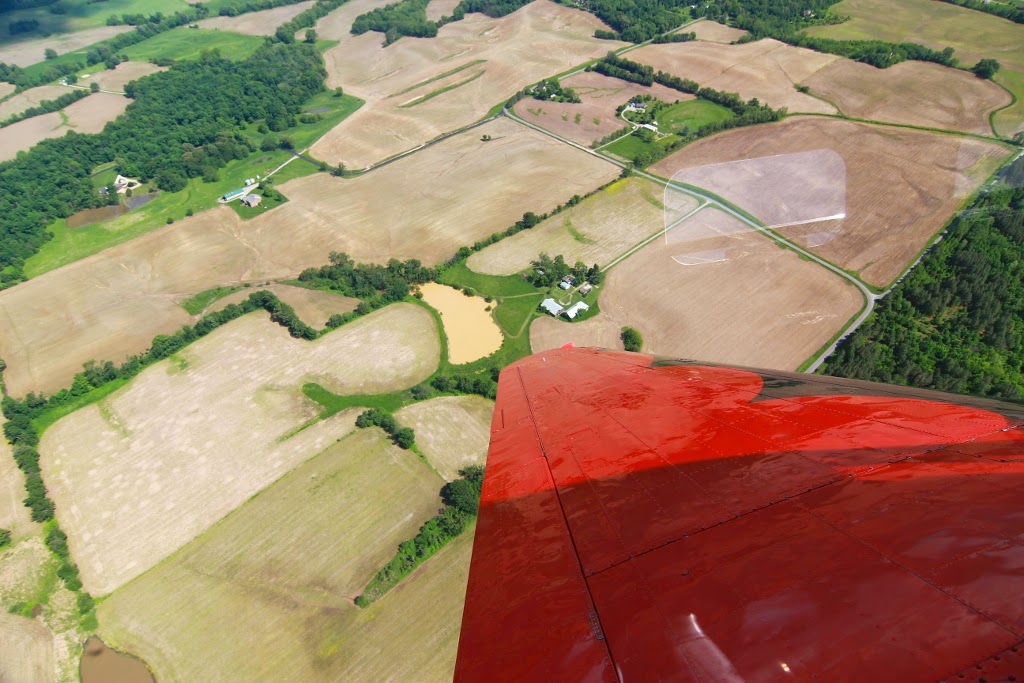 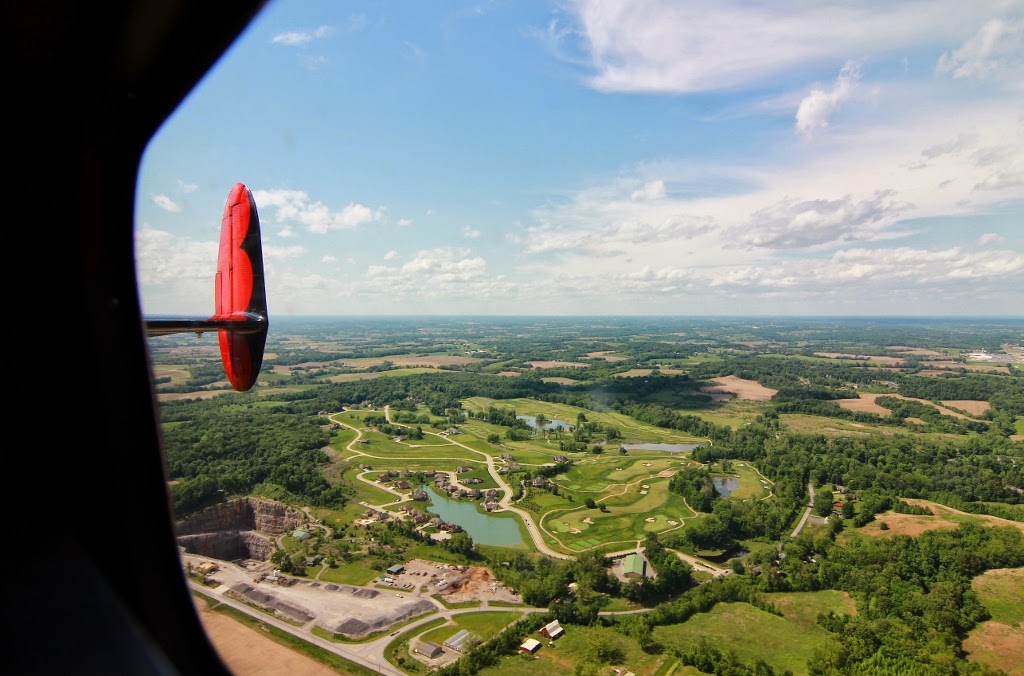 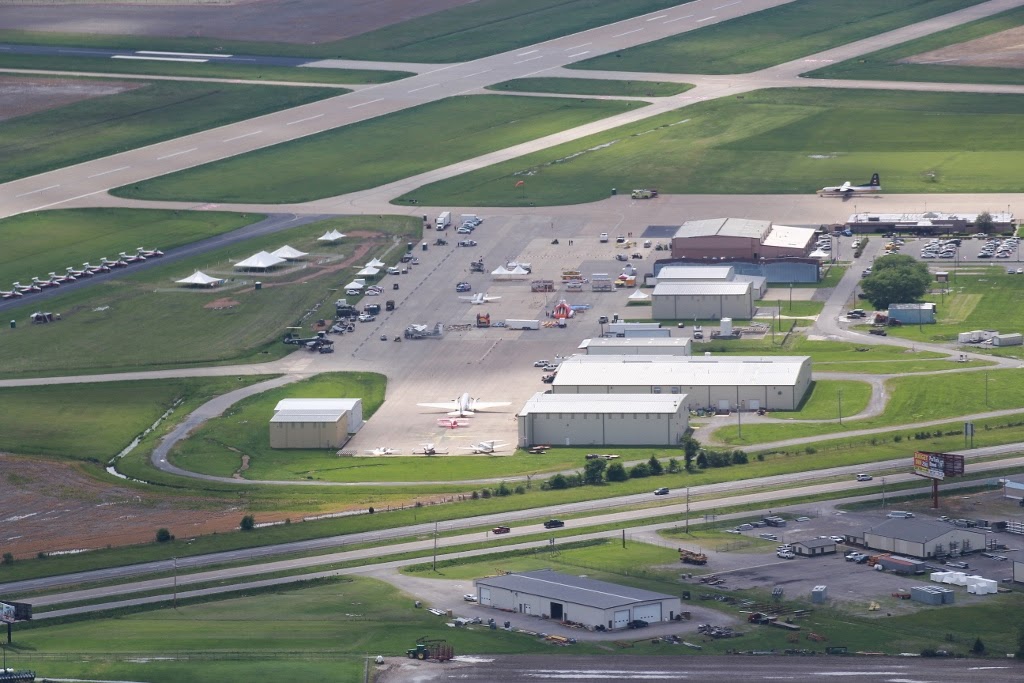 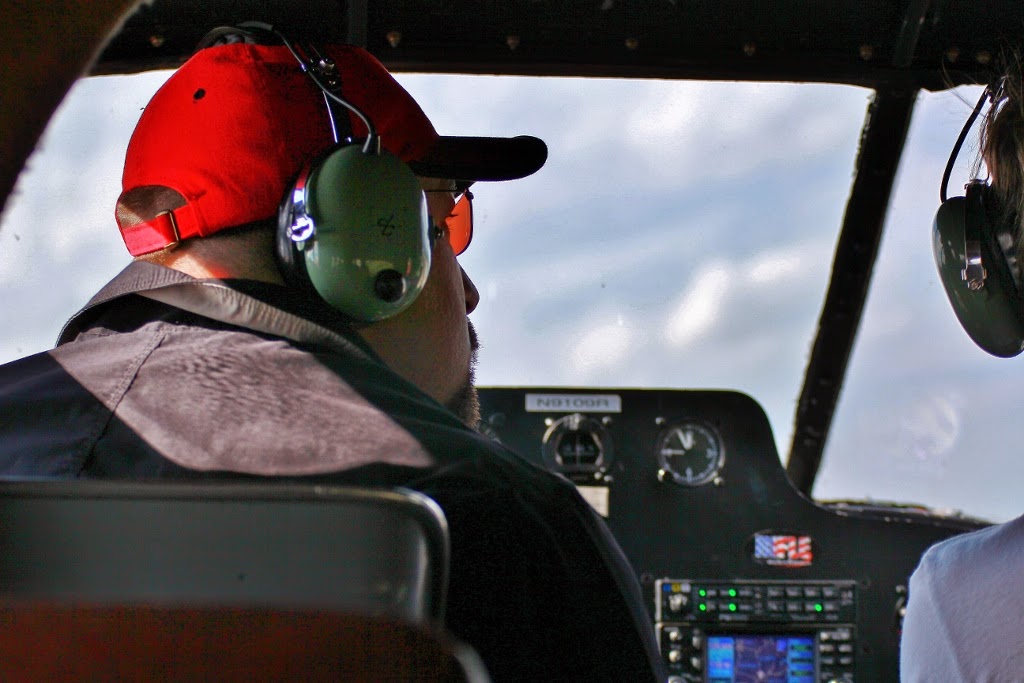 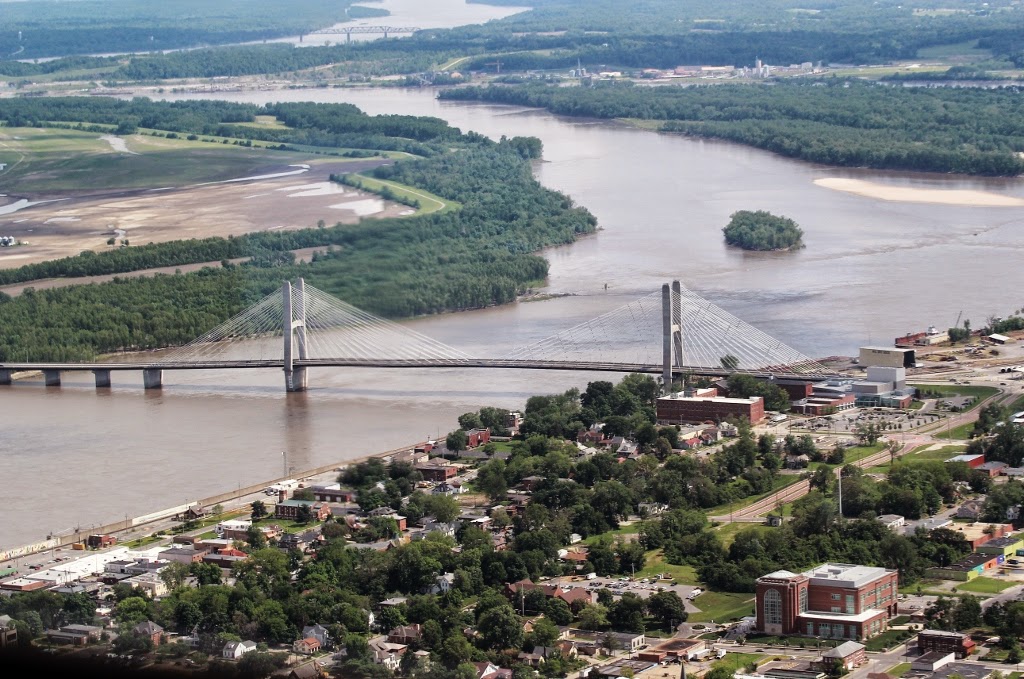 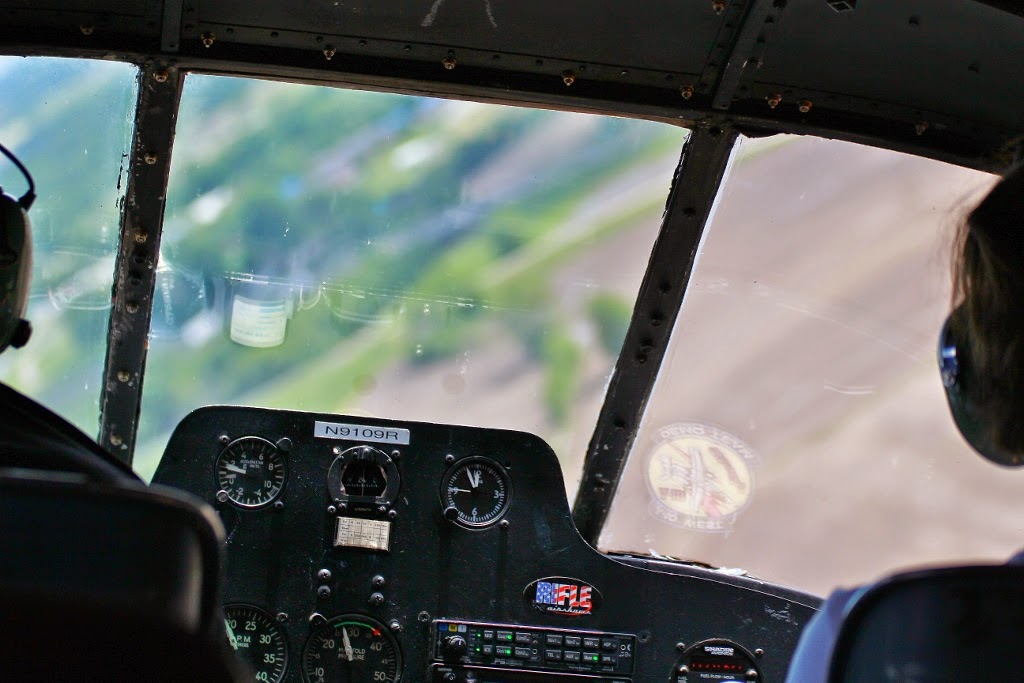 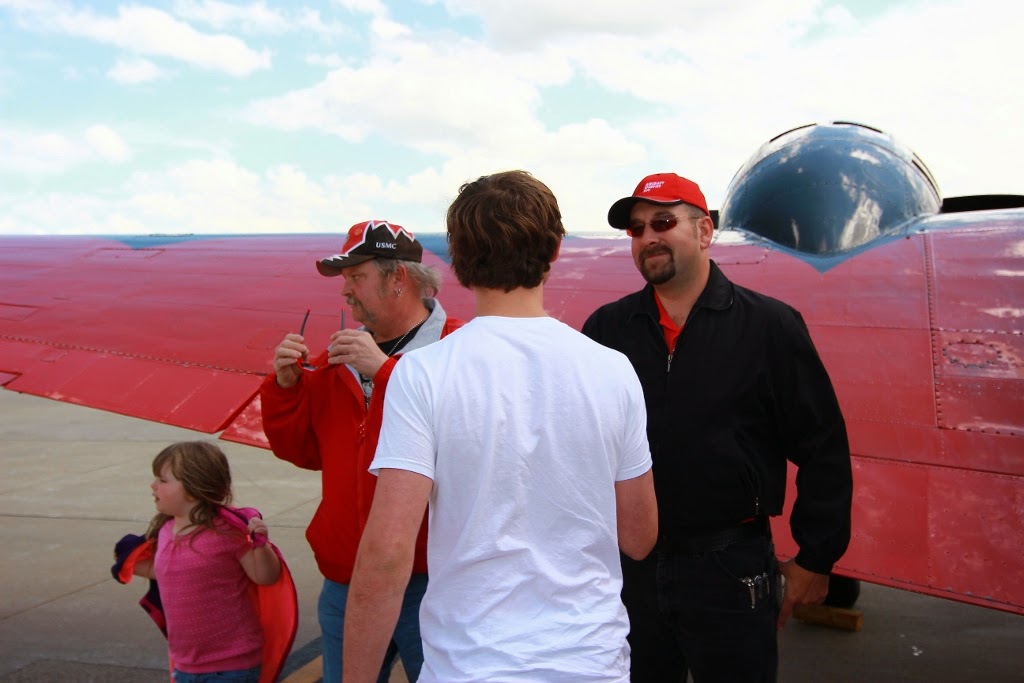 A future post will show what Matt can do with his airplane during an airshow, but this post is about what a gracious, friendly, caring and passionate man he is. There is a contemporary Christian song called "Overcomer," that fits him perfectly.  He is the essence of what aviation and airshows are about: Flying, people and passion.  God bless him and all the performers we love to watch. Thanks again Matt and Jeff for the opportunity of a lifetime!
Posted by Carmelo Turdo at 11:55 PM