Legendary NASA Flight Director Gene Kranz spent this morning on Day Two of his visit to St. Louis at the Challenger Learning Center in St. Louis County.  The Challenger Learning Center has joined other local aerospace community organizations in welcoming Kranz to St. Louis to participate in a series of events planned this week in early commemoration of the 45th anniversary of the Apollo 11 moon landing mission.  The Challenger Learning Center offers a unique setting to welcome Gene Kranz back to St. Louis - he was able to join students as they flew to the moon and back during their simulated space mission, which included opportunities for participants to serve various roles in Mission Control!  When asked how he felt seeing students role-playing as controllers for a moon mission, his response was, "Absolutely delightful!"

The student mission today put the actual moon missions into some context for the students, but also for those of us who were too young to remember the Apollo Program.  The students were given the roles of spacecraft crew and mission control crew (each group later switched roles), and it was a unique opportunity for The Aero Experience to accompany THE Flight Director Gene Kranz as he visited with the students during the mission. 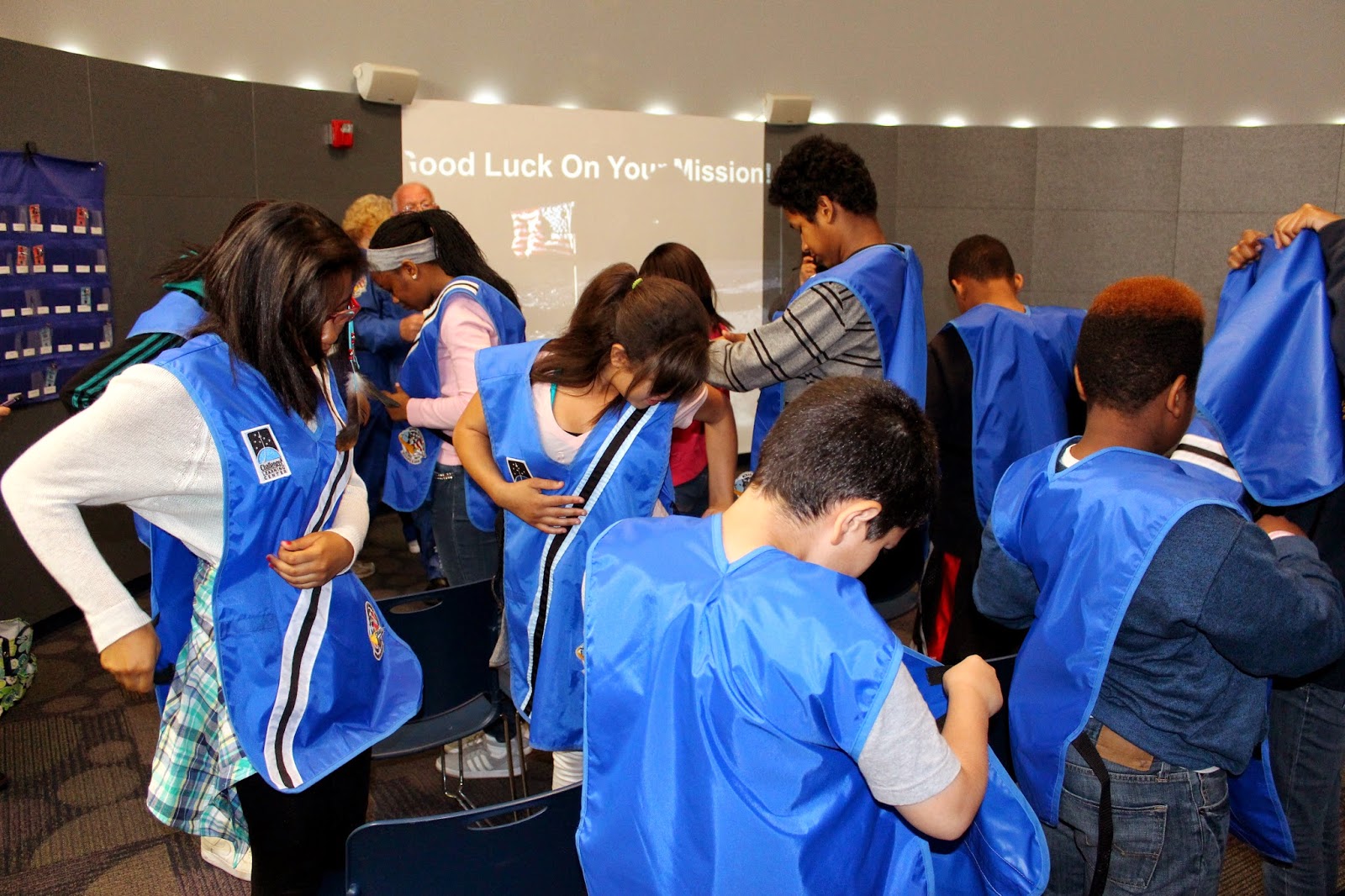 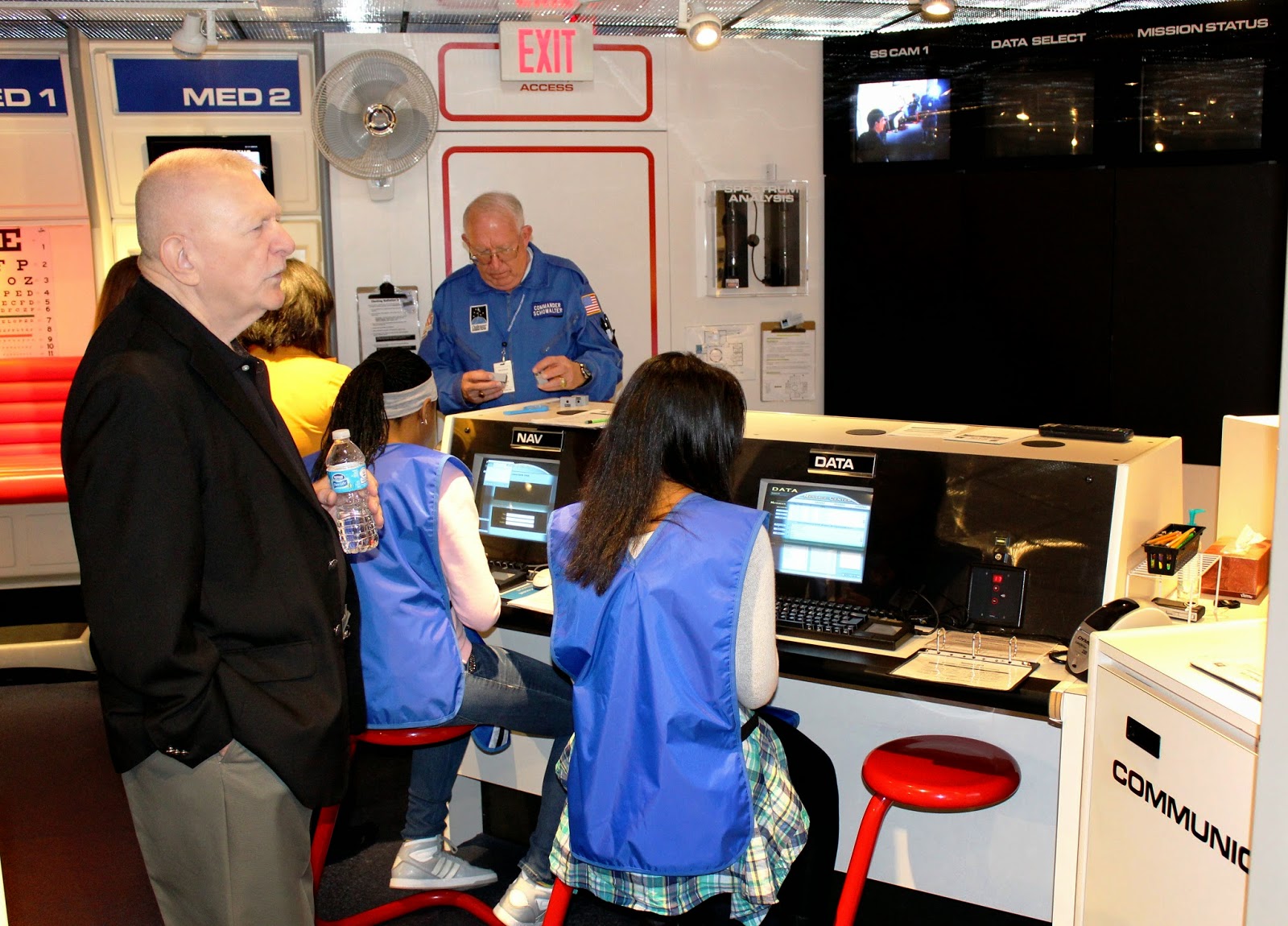 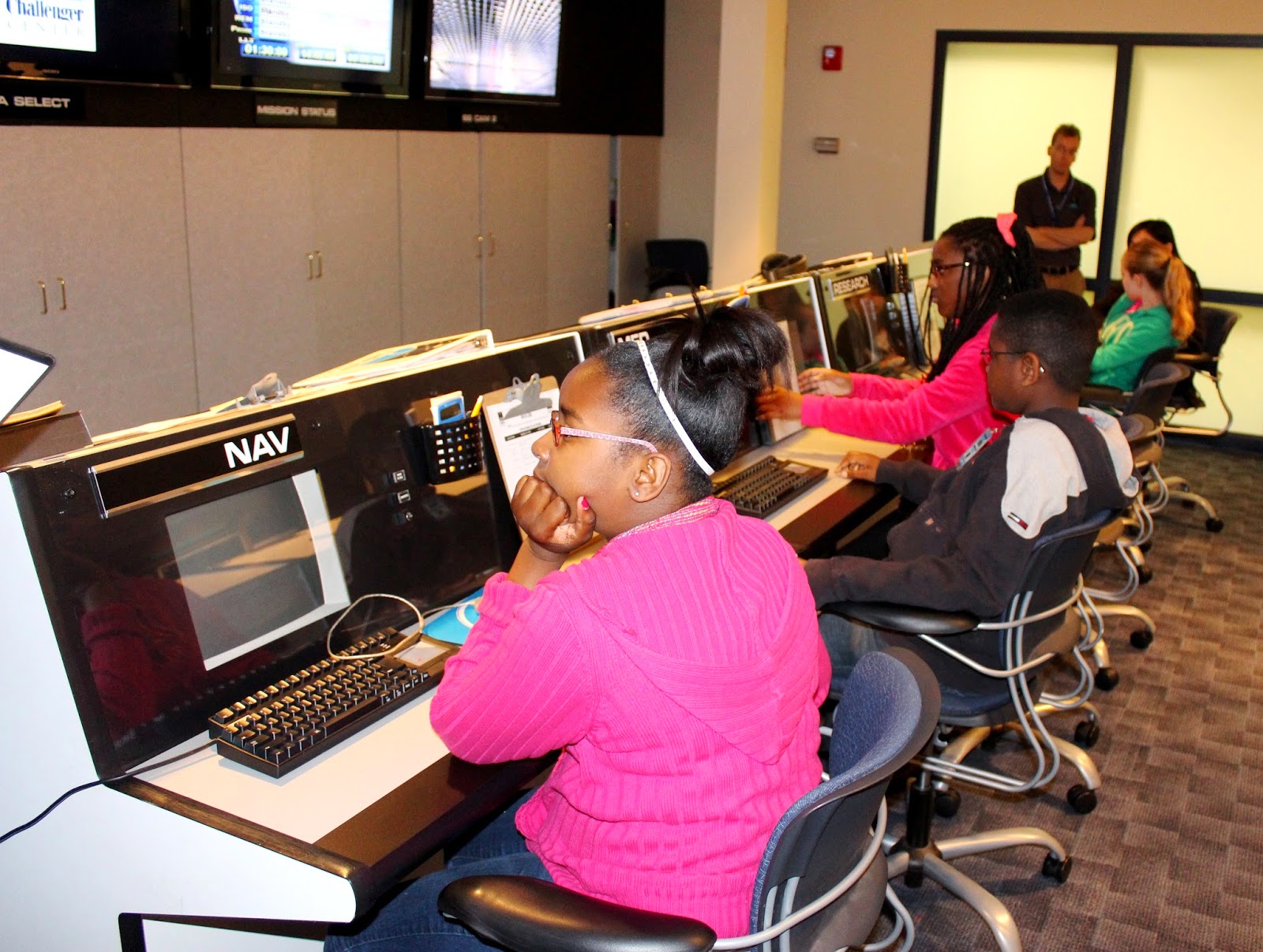 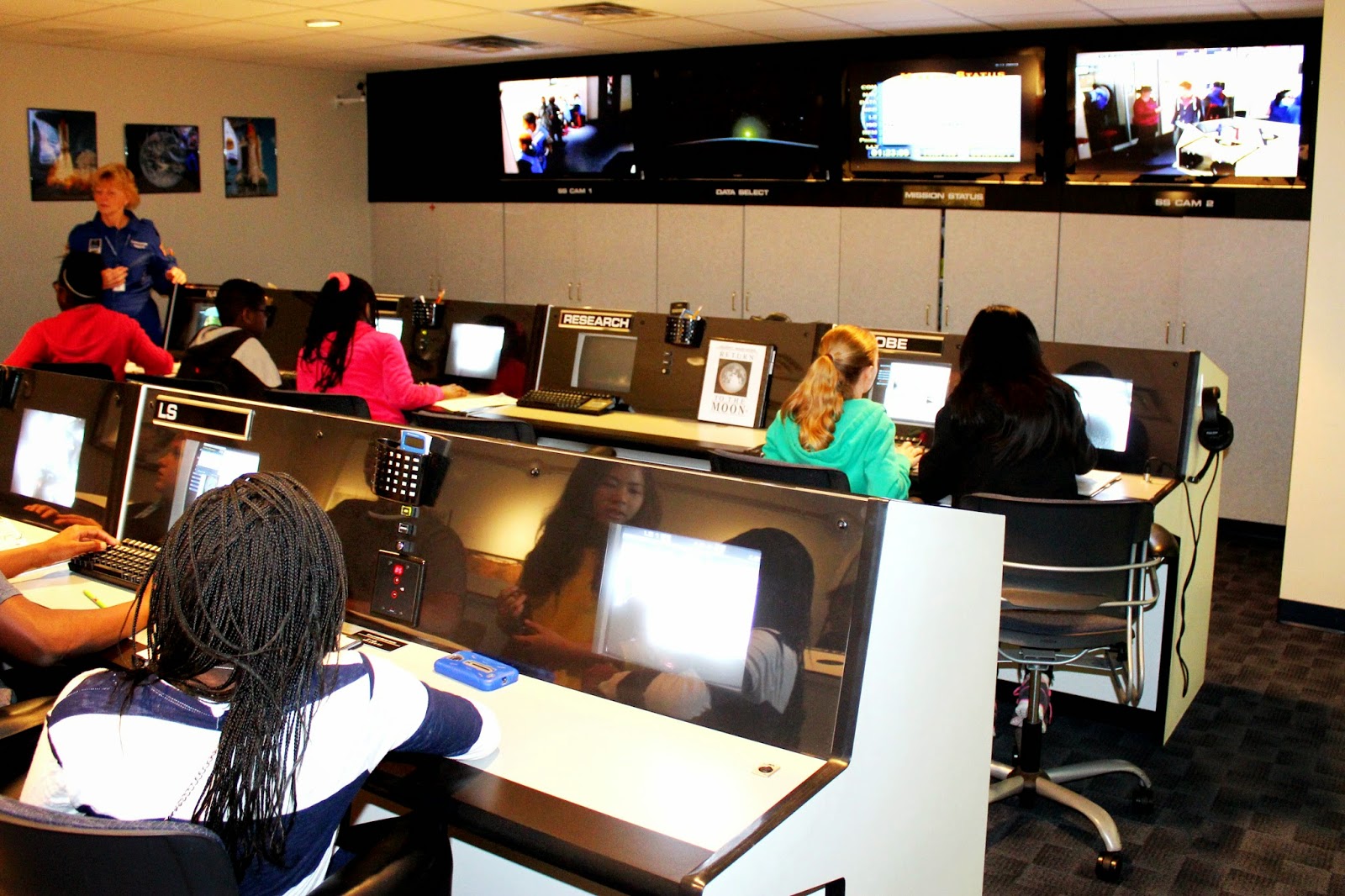 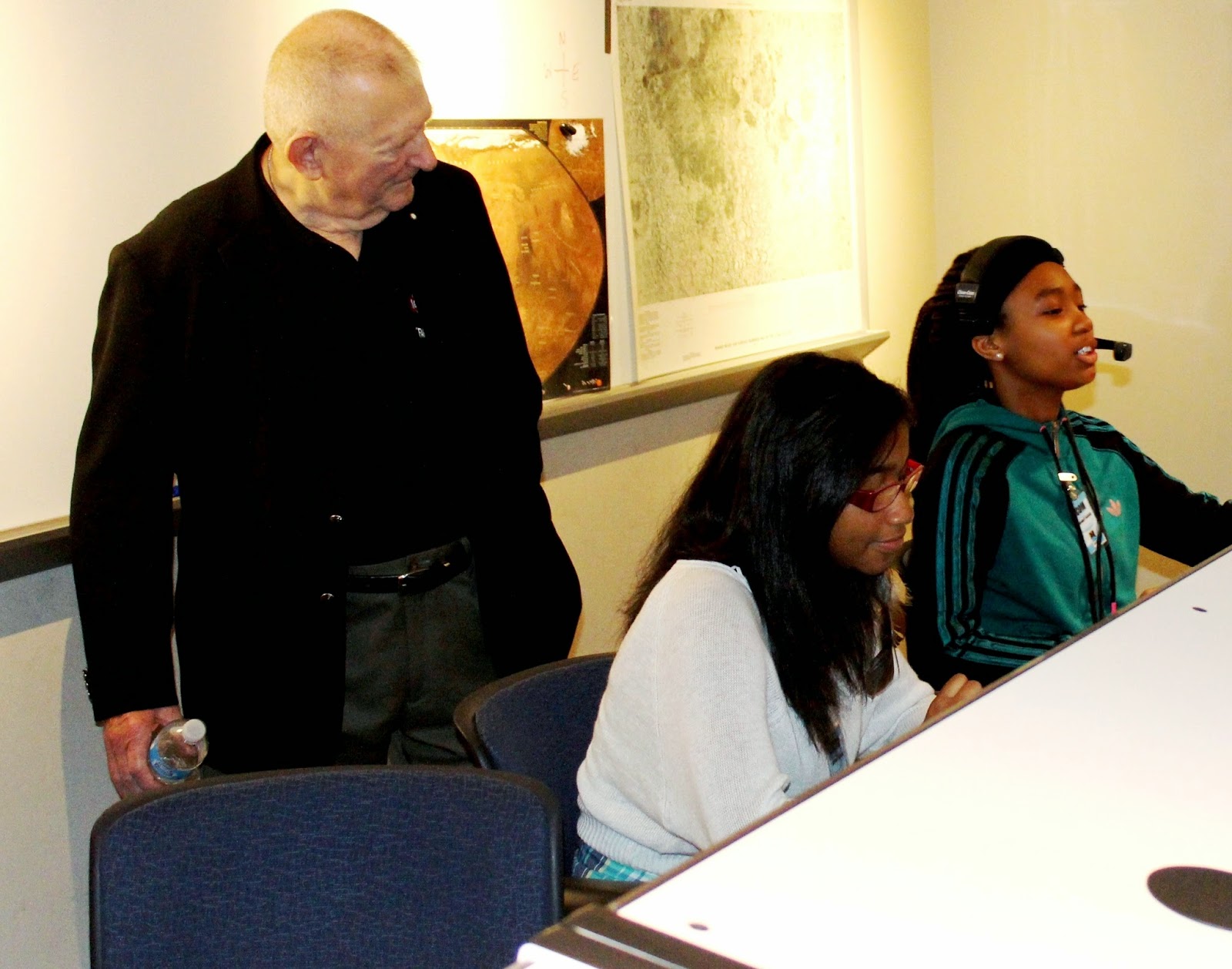 Gene Kranz reflected on his time as Flight Director for the Apollo moon missions during his visit to the Challenger Learning Center.  He framed his role as the leader of the team that held the safety of the crew and success of the mission in their hands, especially during the times of ultimate crisis such as with Apollo 13.

“Flight Director is the ultimate leadership role in the space program," he said during an early morning media interview.  "It’s like the quarterback of a football team.  You call the signals.  And when you’re down to the last twenty yards, it’s up to you with your team to carry that ball across the goal line.”  The stakes, though, are much higher than the outcome of a football game.
﻿﻿
“The Flight Director’s job description is probably the simplest in all America," he continued.  "It’s only one sentence long: ‘The Flight Director may take any actions necessary for crew safety and mission success.’  During the course of the mission, there is no higher authority.  The Flight Director is given a team of about 21 controllers – people who specialize in spacecraft systems, trajectory work, facility operations, planners, procedure writers, and it’s up to the Flight Director to take this team and turn it into a powerhouse.  Basically, that’s what my job was.” 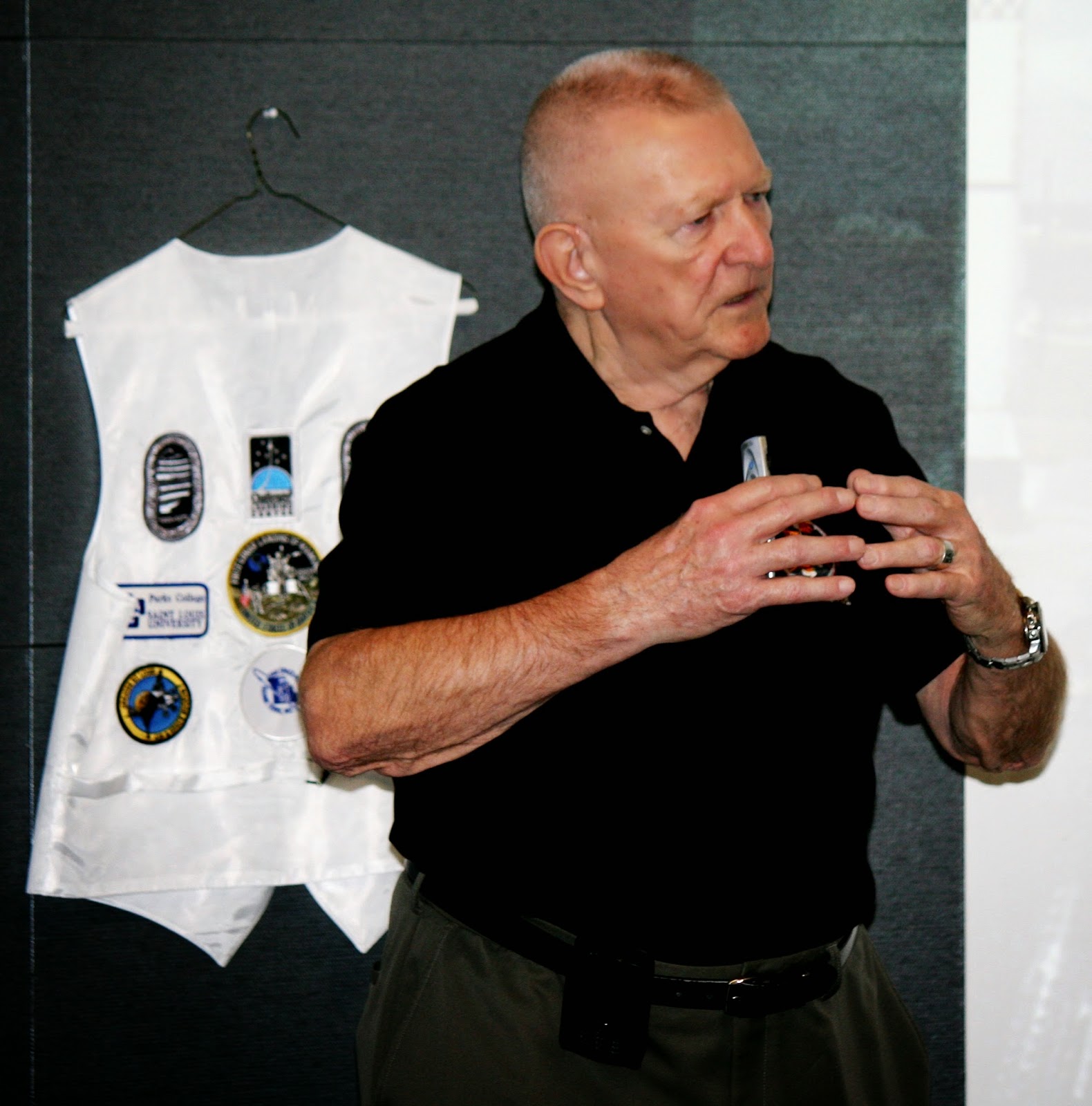 That job description makes sense in the context of recent space missions, where highly-trained engineers are stationed behind banks of super computers with instant access to information and solutions to problems at their fingertips.  It is another matter to consider fulfilling that responsibility in the 1960s, “…a time before (modern) computers.   A time when you used slide rules.  A time when everything was done with pencil and paper," Kranz remembered.  "And with the technology we had, it’s hard to believe that the backup form of communication we had within the ground tracking network and our crew was Morse Code.   So we had to learn to communicate at a rate of only sixty words per minute with a spacecraft that’s moving five miles a second.  We had incredibly gifted people, and they learned by doing.  There were no text books – we wrote the text books so that the next generation would have something to work with.  It was incredible to be the leader of a group of young people who were absolutely brilliant and devoted to their job.”

Of course, a mission to the moon is never completely free of minor incidents that need evaluation from Mission Control, and Apollo 13 proved that catastrophic failures of the complex Apollo spacecraft were also possible.  About 56 hours after takeoff on April 11, 1970, an explosion in cryogenic oxygen tank number two occurred due to a short circuit following power-up of the tank's circulation fans.  The subsequent damage reduced electrical power generation significantly, affecting the amount of oxygen and water supplies in the command module.  The crew took refuge in the Lunar Module intended for the moon landing, and returned safely to earth following a harrowing trip around the moon.  The method of adapting the Lunar Module lithium hydroxide filters to the Command Module system to maintain adequate oxygen generation ultimately saved the crew from suffocating as the spacecraft raced around the moon and reentered into earth's atmosphere.  The crew, James Lovell, John Swigert and Fred Haise were saved.

Failure Is Not an Option


Gene Kranz described the situation from his perspective.  “We were given an impossible problem to solve.  In all of our training, we had never faced anything like that.   But I had the confidence in this team that I had grown through the Mercury Program, the Gemini Program (we struggled frequently during the Gemini Program), when we got into Apollo (and we had problems in Apollo).  So I said, ‘This team is a powerhouse if we can get them focused upon solutions.  Don’t tell me what the problems are, tell me what the answers are.’  The challenge was to really make the people believe that under this very dire situation we’re in that we could get the crew home.”

He continued, “I made the speech: ‘We’ve never lost an American in space, and we sure as hell aren’t going to lose one now.  This crew is coming home.  You’ve got to believe it.  Your team must believe it.  And we must make it happen.'  And from that moment forth, this team had a sense of direction, and they did make it happen.”

The students seemed to understand his message as he discussed his experience as Flight Director with them following the simulated space mission, and a kind of passing of the torch began to take place by the time lunch break was in full swing.  The following photo says it all. 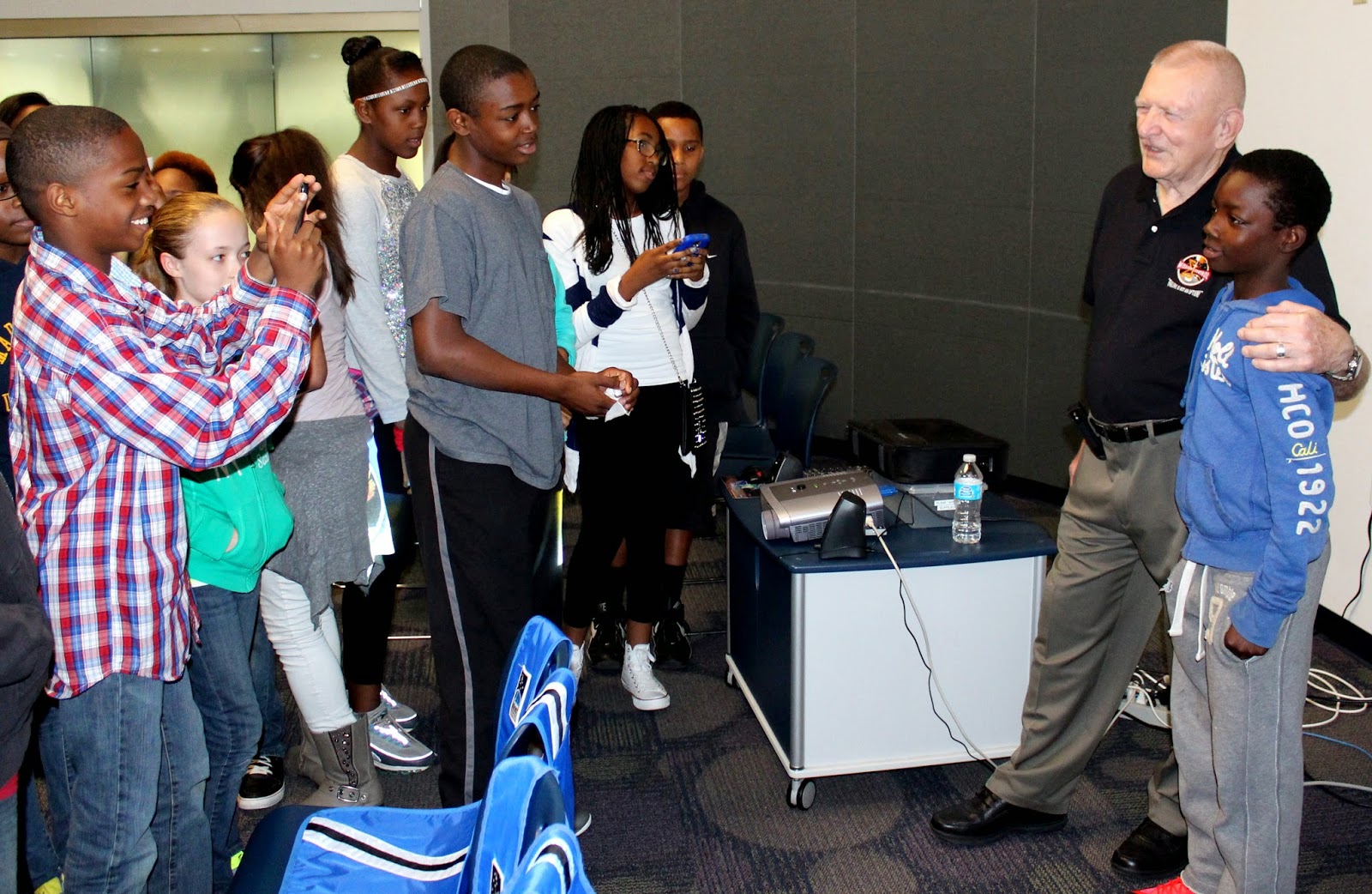 Special thanks to Tasmyn Front and the St. Louis Challenger Learning Center staff for their hospitality and excellent support for today's activities.
Posted by Carmelo Turdo at 10:44 PM