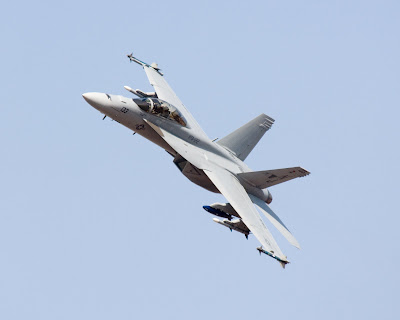 WASHINGTON, DC - Today the Department of Defense notified Congress of its intent to pursue a multiyear purchasing agreement for F/A-18E/F/G Super Hornets, in response to the so-called “Akin Amendment” that gave them the authority to do so. Congressman Todd Akin (R-MO), Ranking Member of the House Armed Services Subcommittee on Seapower and Expeditionary Forces, released the following statement in response.

“Our aircraft carriers are one of our nation’s most powerful tools for extending presence and promoting peace around the world. Unfortunately, aircraft carriers are not very effective without strike fighters on board. This multiyear is the first step toward addressing the Navy’s fighter shortfall, but more needs to be done. Super Hornets are fantastic planes that provide amazing capabilities for our Navy and are the most affordable fighter aircraft the DoD is currently buying. The DoD should consider using the fantastic price provided by the multiyear contract to buy additional planes to reduce the Navy’s fighter gap.”

Posted by Carmelo Turdo at 1:08 PM