The Aero Experience drove through the morning rain arriving in Cameron at 2 p.m. just as the sky cleared beautifully.  We arrived at Cameron Memorial Airport, I introduced myself to Eric Evans the Airport Manager, and received the day's schedule.  I asked about the history of the show - this is the 5th year for the show.  He told me that the first show was in 2010, and they only had one performer to go along with a fly in they were having.  It has since, through hard work turned into the great show it is today. 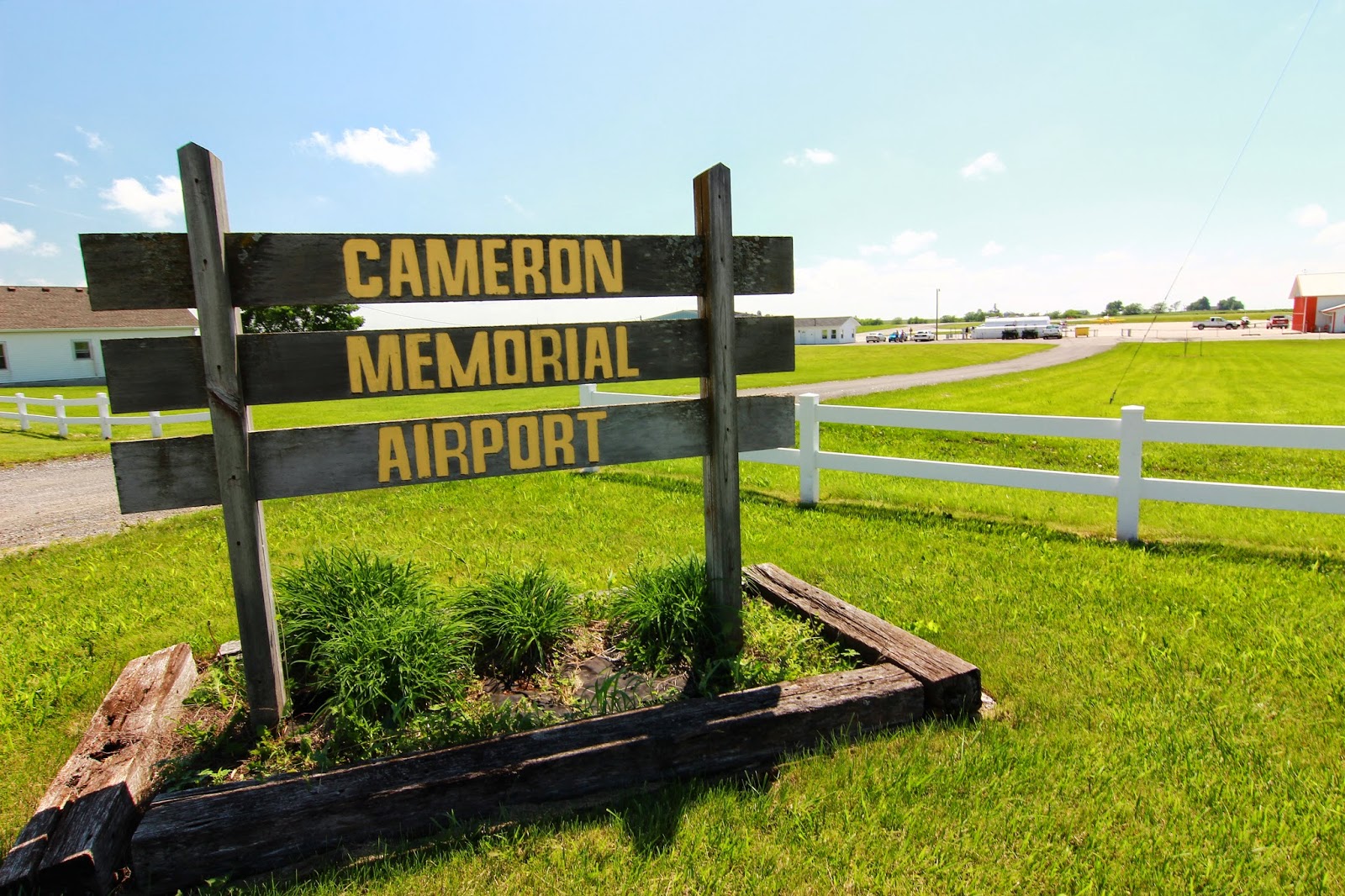 What struck us as we pulled in was the small size of the airport.  Eric and his crew have done a great job getting a show of this size organized at a small airport.  Eric highlighted the hard work everyone has put into the event, especially over the last month.  He said it gets kind of crazy for a month leading up to the show.

The first plane to arrive was Andrew Wright in his Giles 202.  Andrew and I spoke about his airplane and his airshow flying, which he has been doing for the last six years. He's based in Austin, TX and believes he has more time in this particular type of airplane than anyone else as there have only been 65 of them produced. This is Andrew's first show outside of the Texas and Oklahoma area. He didn't disappoint us as he flew a couple practice routines for us as we waited for other aircraft to arrive. He performed a beautiful fly by as he took off on his second flight. 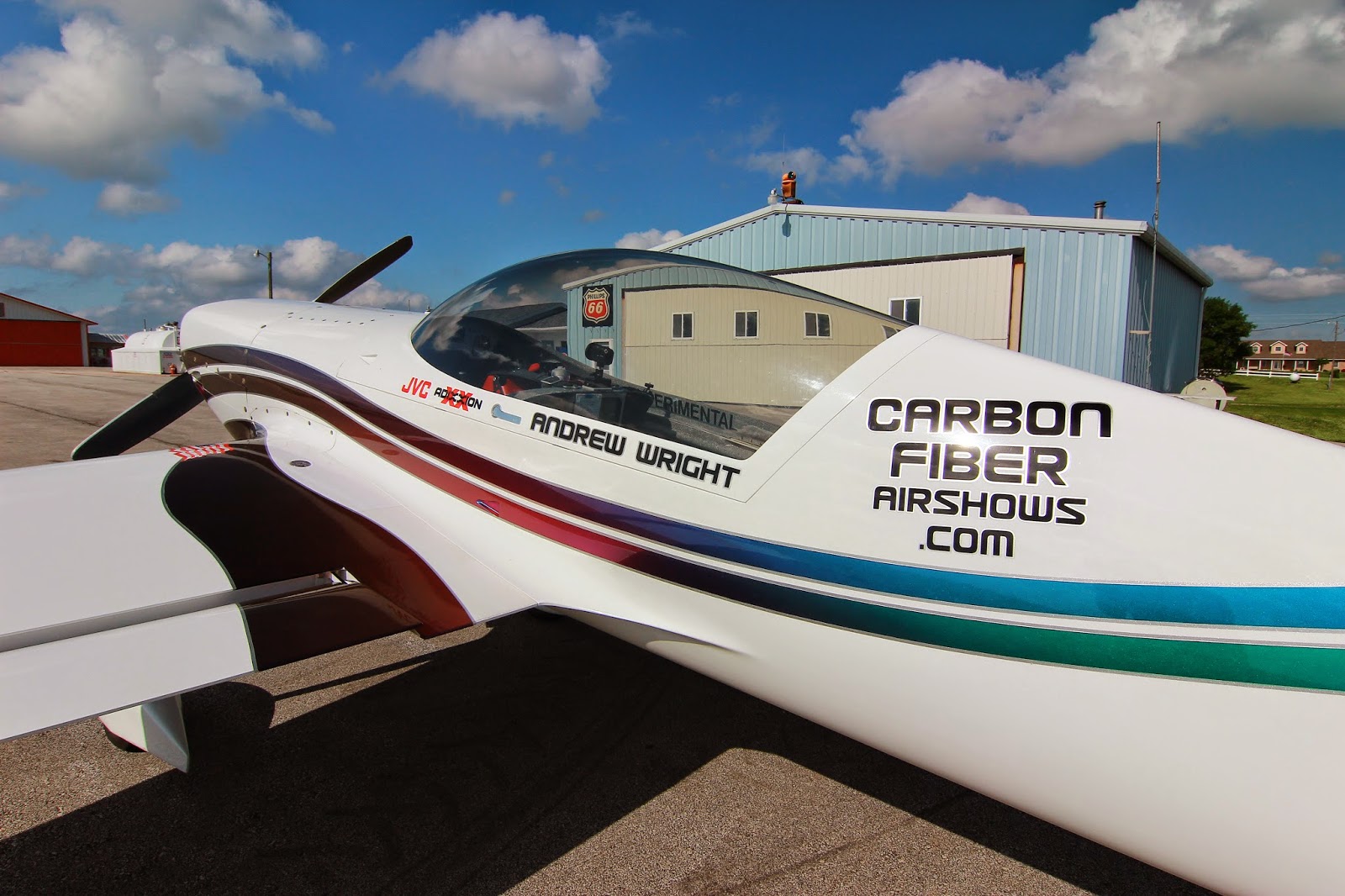 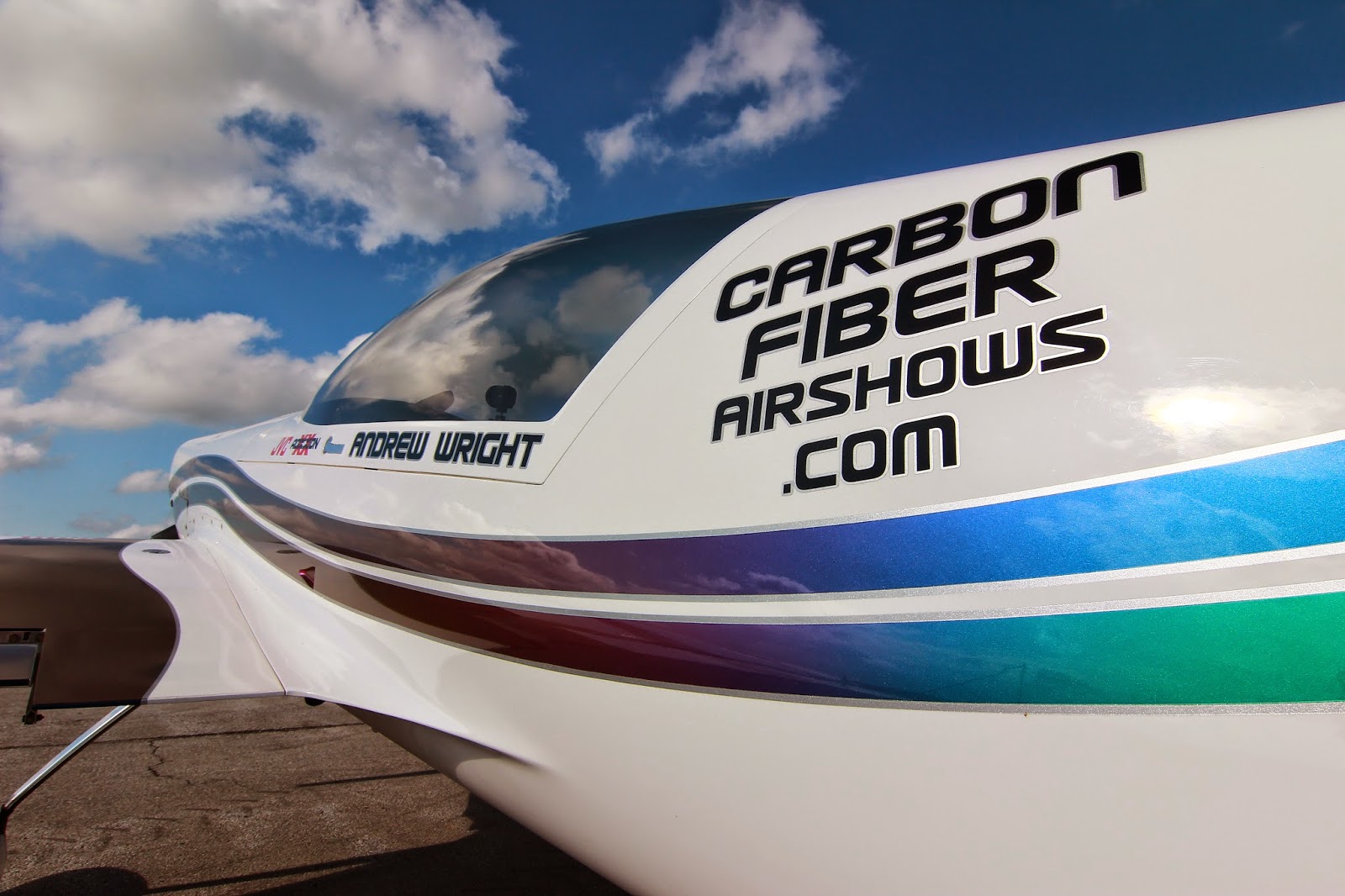 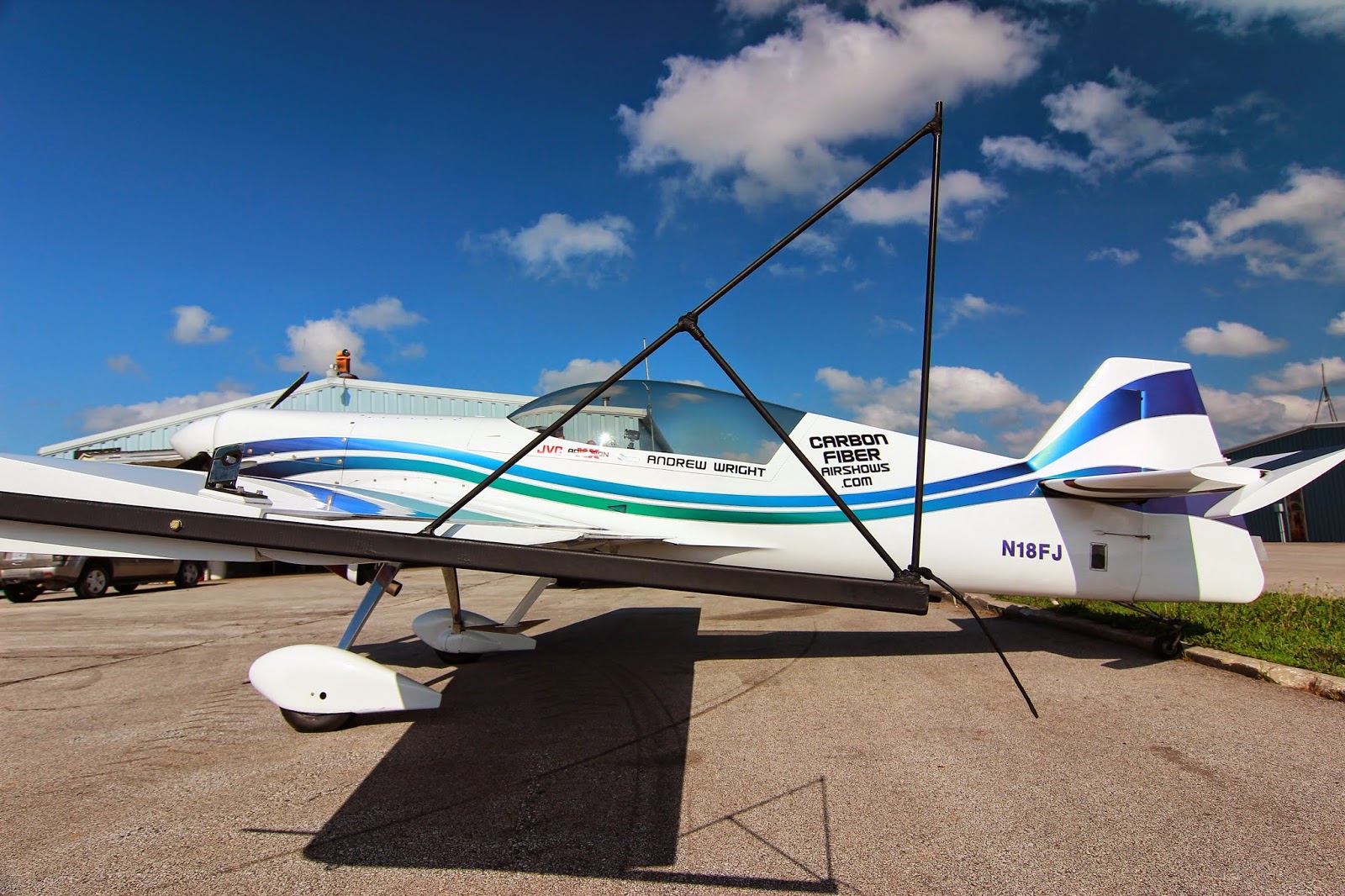 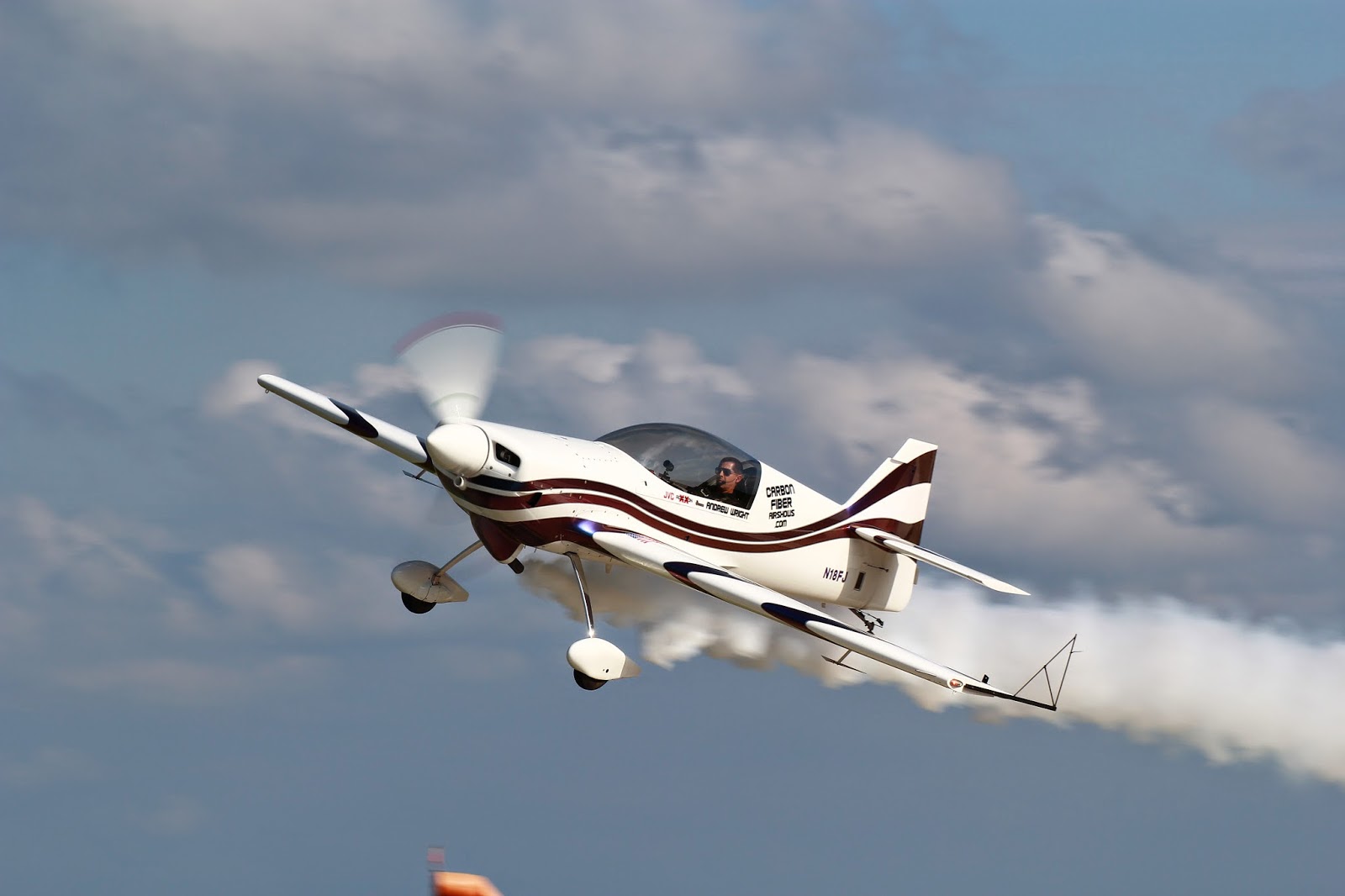 The Aeroshell team arrived at about 7 p.m., followed shortly by Skip Stewart in Prometheus. Shockwave then pulled in, followed by Kyle Franklin with Dracula in a trailer following a  display at a Ford dealership in Liberty, MO.  Skip Stewart and Andrew Wright then joined us for some small talk and a few laughs, and then they left to go to dinner but not before inviting us along.  We declined as we had already eaten dinner but what a class act these guys are. Really a great day. Thanks to Eric and his staff for the great access - we look forward to going back tomorrow for practice. 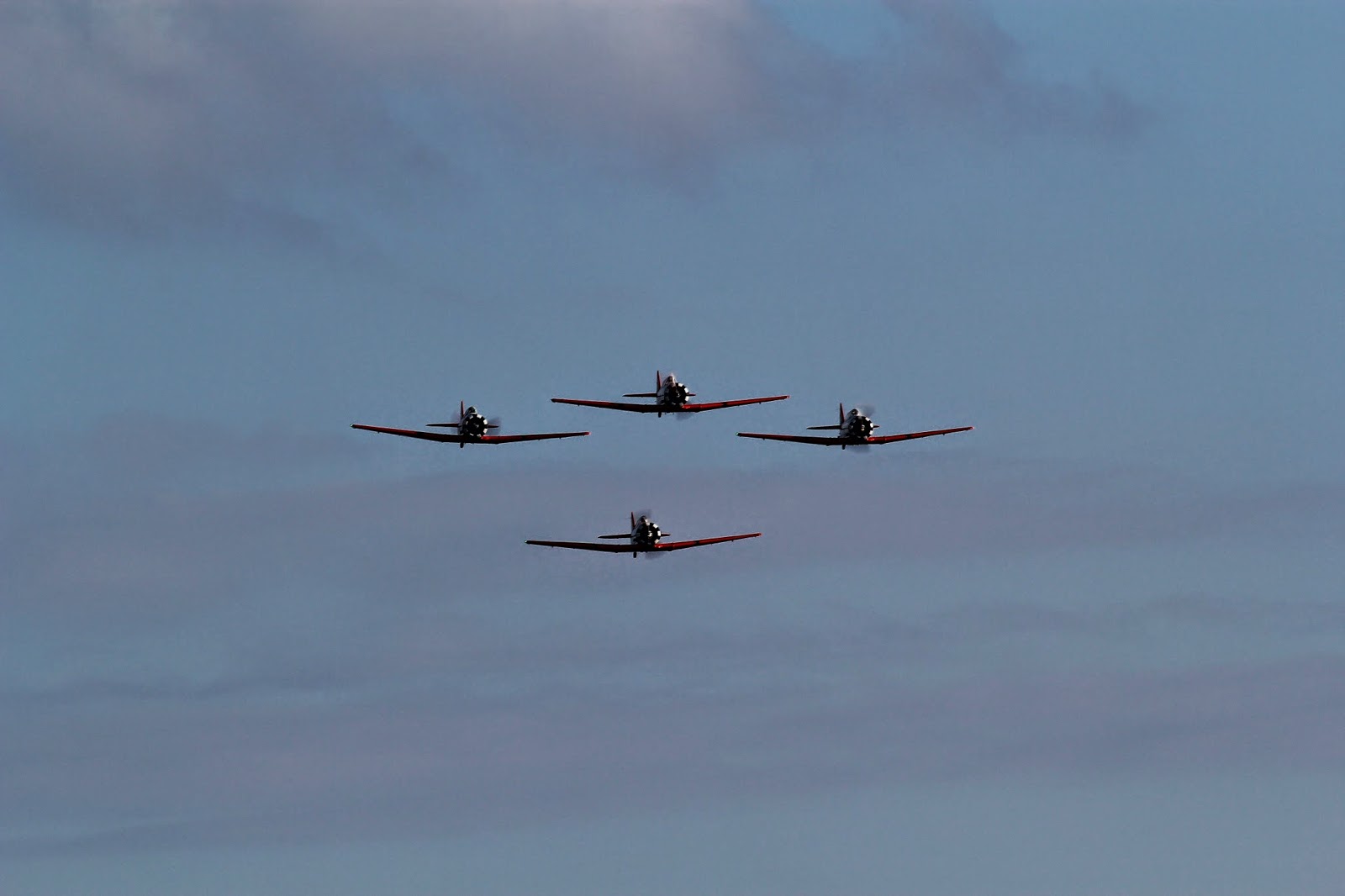 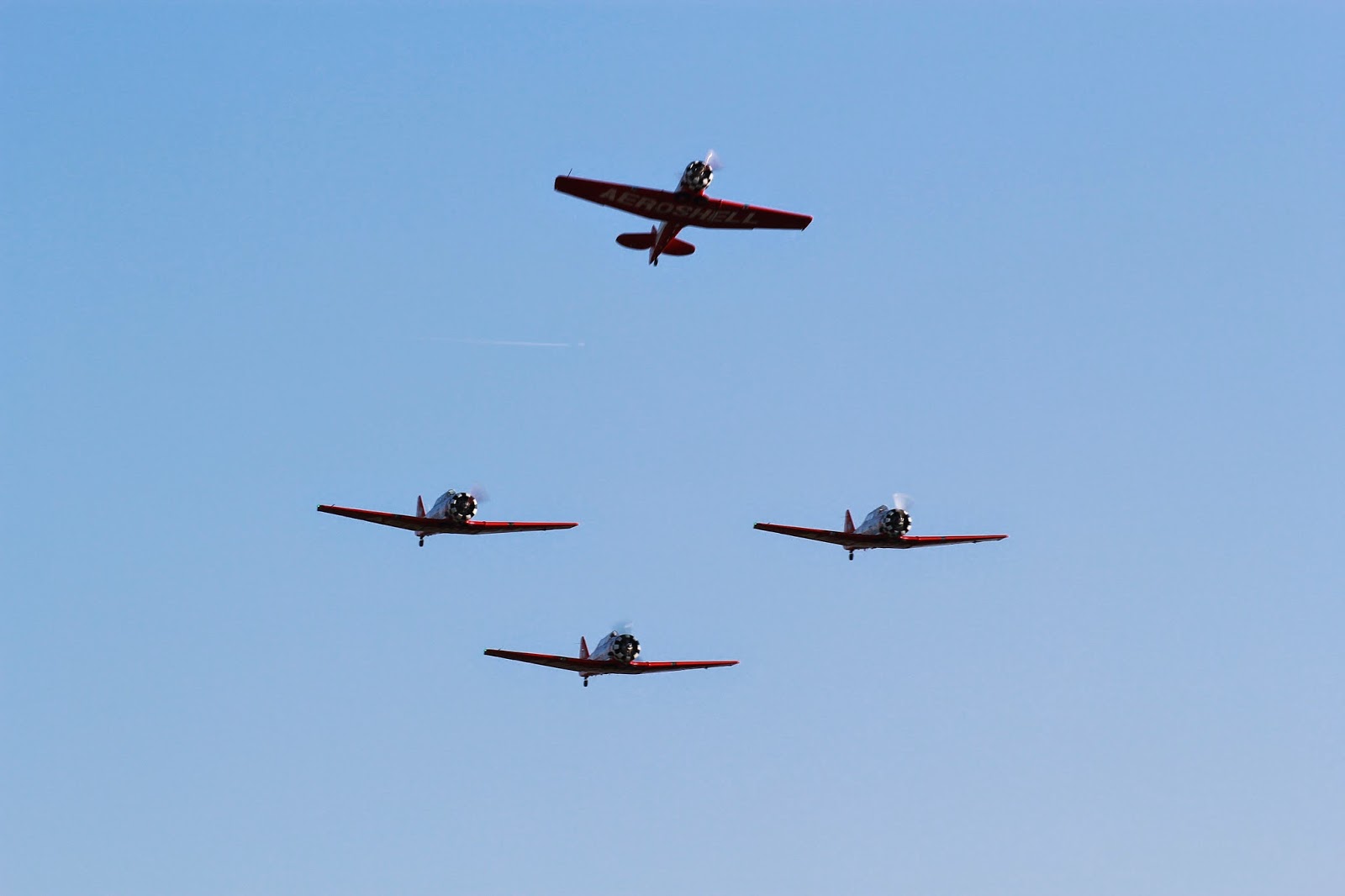 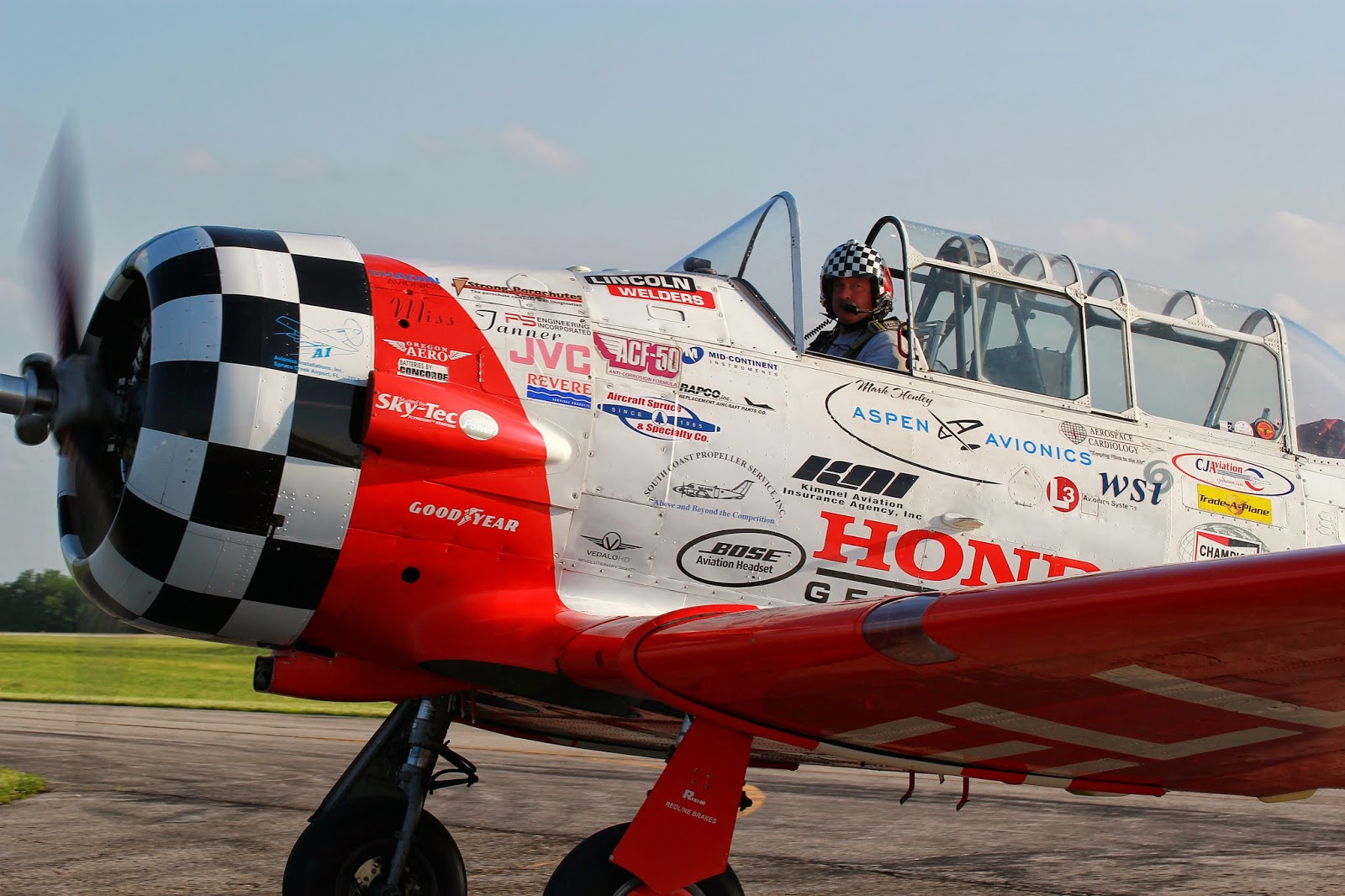 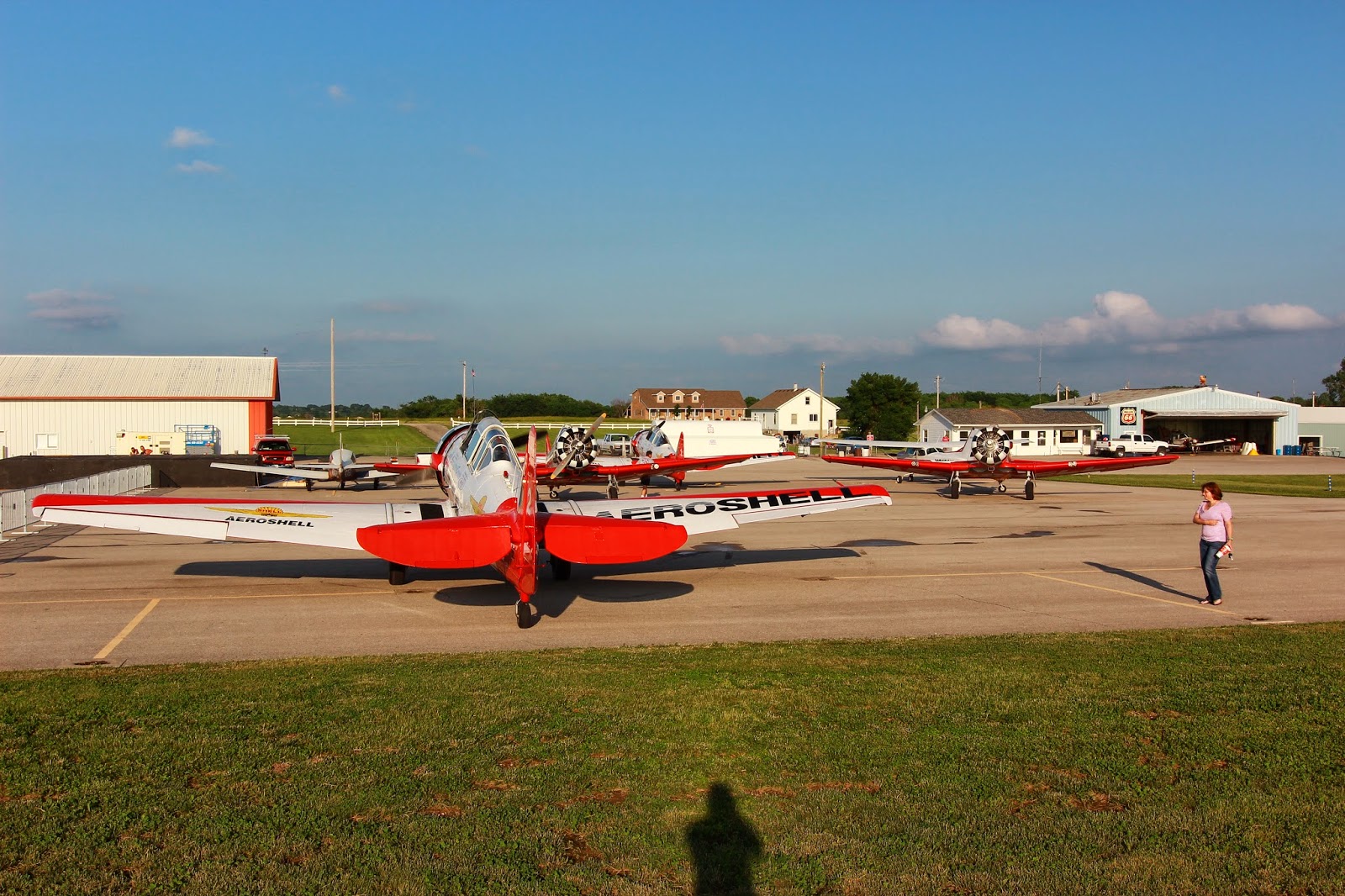 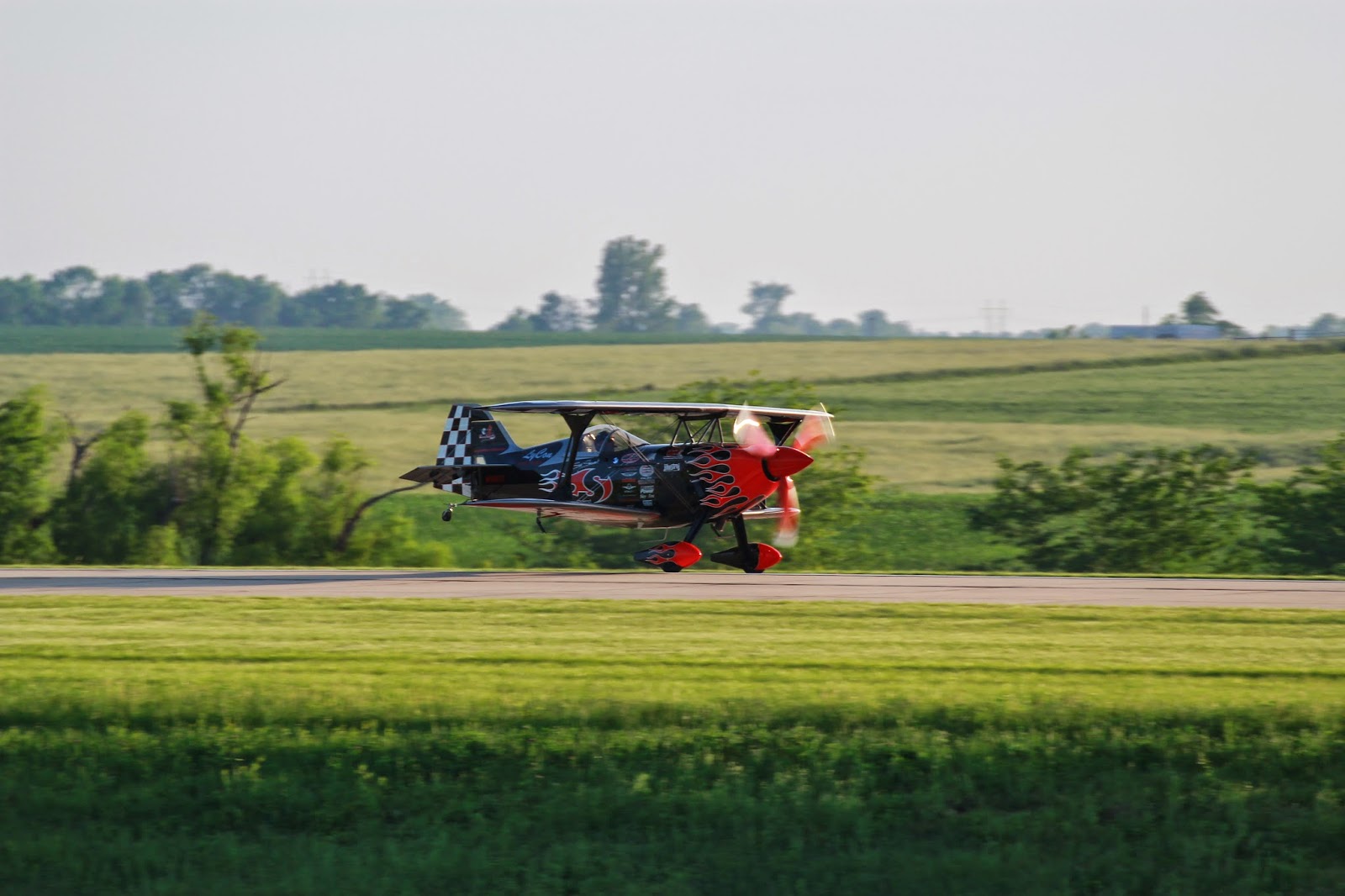 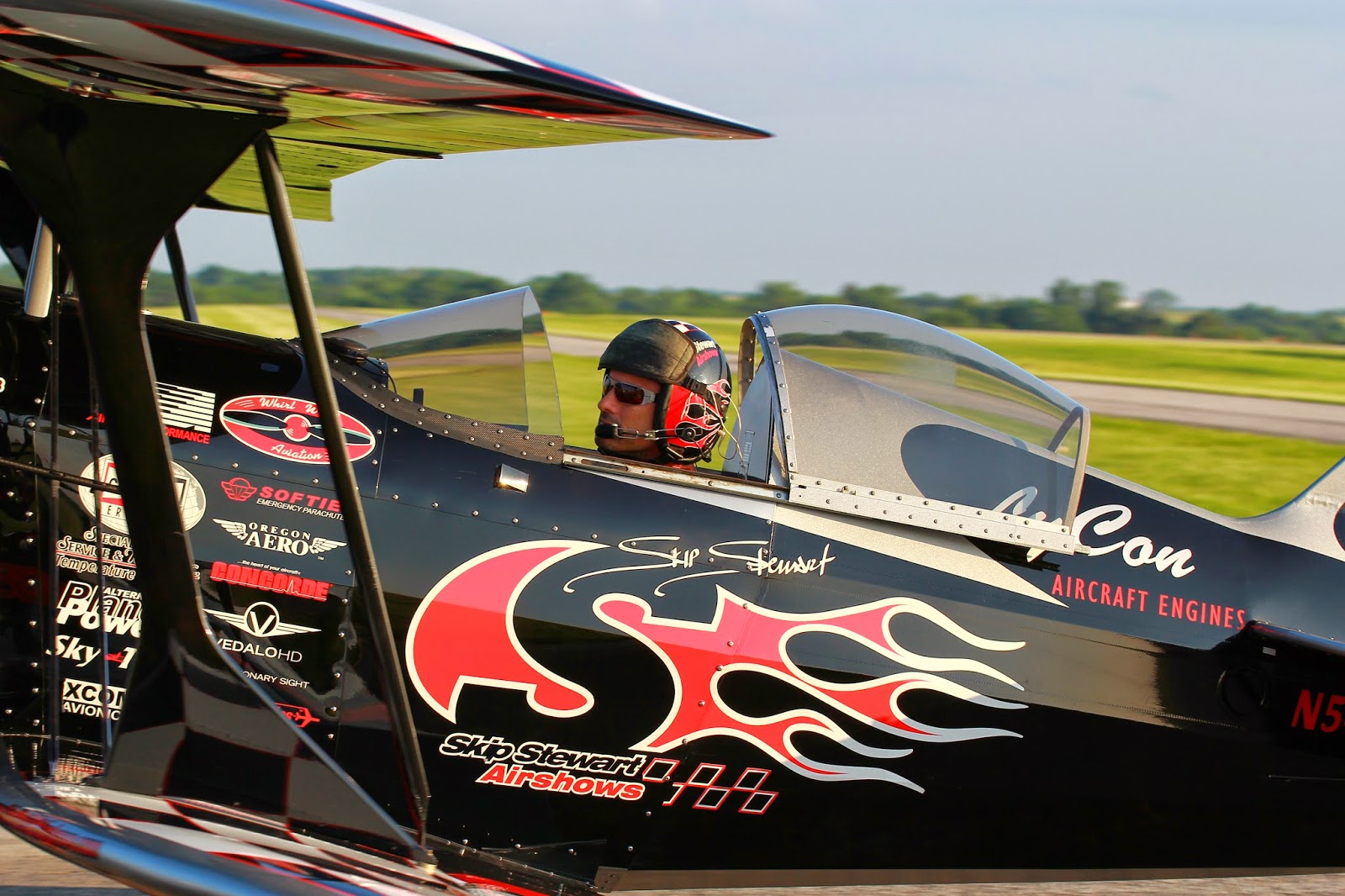